Welcome to New Mexico, where I had no idea that there were odd paranormal mysteries waiting to be solved (other than in Roswell). CSI investigator (and Skeptical Inquirer Deputy Editor) Ben Radford has taken a variety of ghost stories, UFO accounts, cryptozoology, crystal skulls, psychics, and all other kinds of pseudoscience under his investigative eye in this 300-page book. Not only is the inside full of the mysterious and creepy, but the cover (featuring a scary ghostly woman holding a baby) is just amazing. It sets the tone for the contents of the book.

Full disclosure: Ben Radford is a friend of mine, and I am listed in the acknowledgment section with a thank you. So of course I’m going to say nice things about the book—but only because I really did enjoy it and am now intrigued enough that I will visit New Mexico someday soon. It’s called the Land of Enchantment after all.

The book is not just about investigation of the paranormal. It is first a collection of stories, mostly ghost stories, told from the viewpoint of the media and the people who pass these stories on to the next generation. Only after Radford has intrigued us with the story does he break it down into thinkable chunks. You can see how he is thinking through how best to investigate it. What are the actual claims that can be tested and researched? Bit by bit, he relates all he discovers and all the frustrations he encounters as the stories change and the documentation that was promised by the ghost story teller does not manifest. 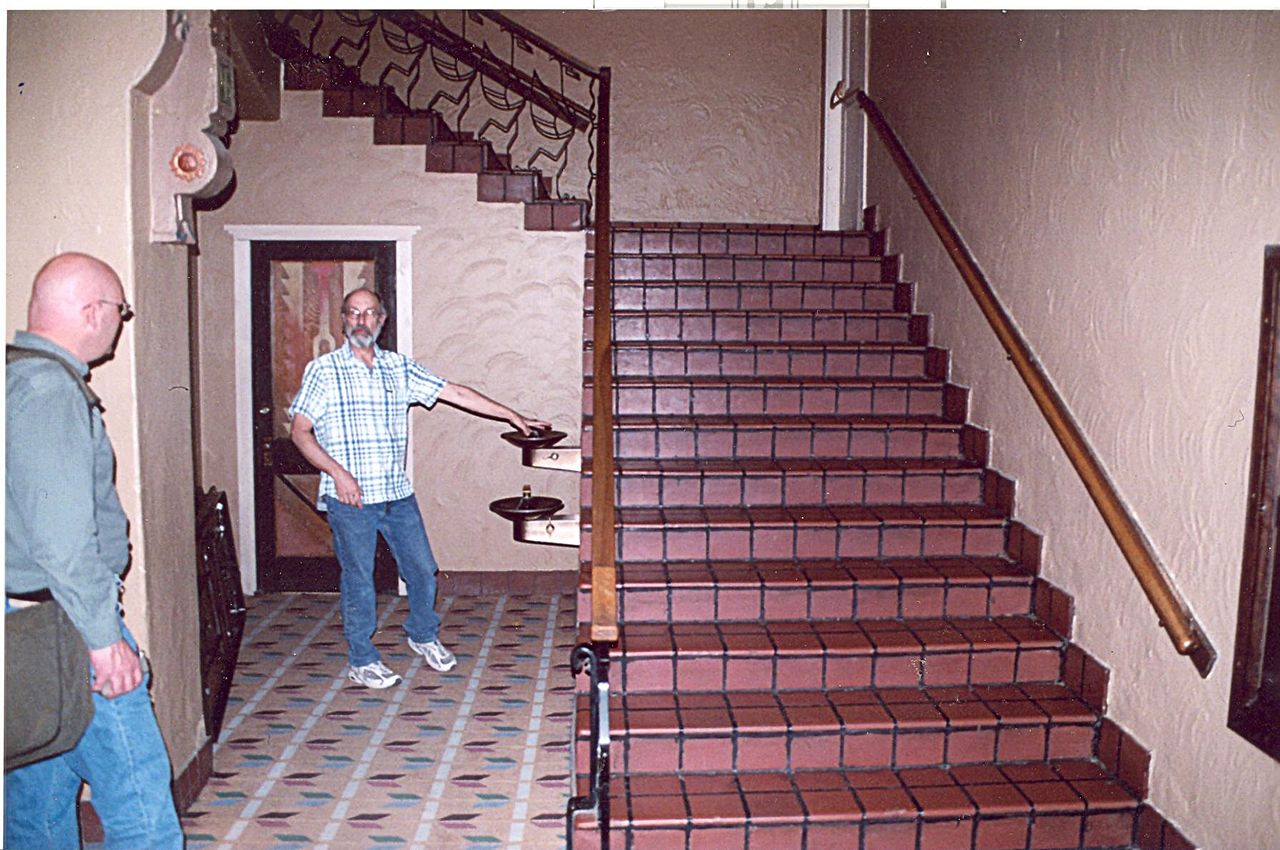 My favorite story was the investigation at the historic KiMo Theater in downtown Albuquerque where in 1951 a child was killed by a water heater explosion in the lobby. Many years later, a story was crafted that the child, Bobby Darnall, is haunting the theater and pulling practical jokes on the actors. People are asked to bring doughnuts and toys to appease him. Using newspaper accounts, interviewing eyewitnesses, and actually showing up at the theater to see for himself (imagine that), he was able to shut down each piece of their “evidence.” I won’t tell you what he finds, but let’s just say that he didn’t find Bobby’s ghost. 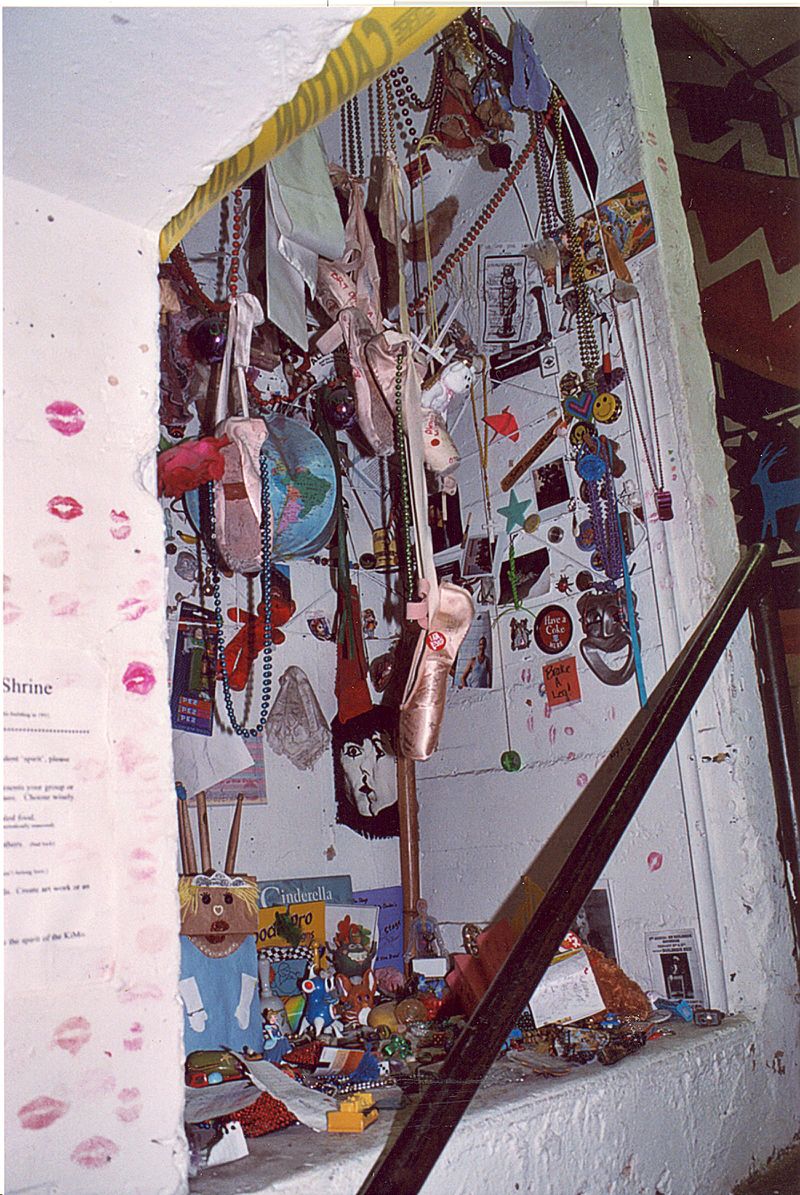 Shrine at the KiMo theater where, by tradition, cast and crew leave offerings for the resident boy ghost.

The story of Loretto Chapel’s mystery staircase is one I had heard before. I thought, Wow, they haven’t figured out how that staircase was built yet? As Radford points out, by crediting the paranormal (no less than St. Joseph himself) you are taking the credit away from the real carpenter whose craftsmanship should attract tourist dollars all on its own. Shame on the Chapel for not giving François Jean Rochas his due.

Radford explains his approach to investigating. First he is not a debunker; Radford stresses that “launching an investigation with the assumption (conscious or unconscious) that ghosts are there is just as detrimental . . . as assuming that no ghosts are there.” He believes to do a great investigation some time may be spent on the Internet, in libraries, and searching through old newspapers, but “being there” and talking to the people involved is also very important. The importance of original research—going back to the first source and not relying on secondhand (and more likely fifthhand) stories—cannot be stressed strongly enough. “Doing real investigation is not easy; it is time consuming, difficult, laborious, and often tedious,” Radford explains.

As the leader of the Guerrilla Skepticism on Wikipedia (GSoW) project, I can’t help but look at every published work by our authors as a citation for Wikipedia. This book will keep GSoW busy for a while adding the results of Radford’s investigations to several pages: The KiMo Theater, Loretto Chapel, Santa Fe Courthouse ghost, Aztec UFO, La Llorona, crystal skulls, Thunderbird, West Mesa serial killer murders. That’s a lot of pages that will be affected by the research done in this one book. The current Crystal Skull Wikipedia page attracts over 450 views a day.

There’s one more thing that I feel strongly about, and that Radford repeatedly reminds the reader: These ghost stories are tied to real people who lived and had family that loved and miss them. Even if it was 100 years ago, it is disrespectful to think that these people are haunting hotels, theaters, and courthouses moaning about their deaths. I’ve always loved a good ghost story, but Radford has really made me rethink my position. When a specific person is mentioned, it ceases to be fun. I don’t think I would care to hear stories about my deceased little brother eating stale doughnuts and playing pranks in a theater. I found that the city of Albuquerque’s website tells Bobby’s story complete with the front page of the newspaper talking about the accident. I don’t understand why a city website would feel the need to continue spreading ghost stories. They list three ghost websites with a version of this story, but no link to Radford’s Skeptical Inquirer article where he first reported on the KiMo Theater ghost (May/June 2009, also online on CSI’s web page, at http://www.csicop.org/si/show/ghosts_doughnuts_and_a_christmas_carol_investigating_new_mexicos_haunted_ki/). I’ve asked them to comment and at the time of this writing have not yet heard back. I learned a lot about the mysterious New Mexico from Radford, but the bigger lesson was that reminder: we should be considerate of the feelings of the families these stories are based on.

Radford has traveled all over the world investigating cryptids, ghosts, chupacabras, vampires, miracles, and more. Readers will be glad to see that Radford, at least this time, has found the mysterious can be found everywhere, even in New Mexico.