Have you heard about this recent case of a young boy who says he lived a past life as a Marine? What do you make of it?

In November 2014, news stories circulated about a four-year-old Virginia boy who was claimed to have had a past life as a Marine killed in 1983. The claim was prompted by his parents and—somewhat disturbingly—profiled on a new reality TV show called Ghost Inside My Child. The boy, Andrew Lucas, made comments to his mother suggesting (to her) that he’d lived in a past life and died in a fire many years earlier.

Many people believe in reincarnation, from Shirley MacLaine to the Dalai Lama, but there is no scientific evidence for past lives. Usually alleged memories of past lives emerge during psychotherapy or hypnosis when people are encouraged to fantasize about other lives they may have led (often of famous or important people such as Cleopatra or Caesar). Despite many books claiming to offer solid scientific evidence for past lives (such as Old Souls by Tom Shroder; Many Lives, Many Masters by Brian Weiss; Reincarnation and Your Past-Life Memories by Gloria Chadwick, and so on), the evidence is largely anecdotal and falls far short of the mark.

Skeptical research and investigation by authors such as Paul Edwards (in his book Reincarnation: A Critical Example) handily debunk most of the “best cases” offered by proponents such as Ian Stevenson and Brian Weiss. Reincarnation remains scientifically unproven largely because those who claim to have had past lives are unable to give historically accurate, provable details from other eras. Other times people glean information from films and television shows and unconsciously incorporate them into their memories in a process psychologists call confabulation.

The most celebrated case of a person claiming to have lived a past life is that of Bridey Murphy. Murphy was a nineteenth-century Irishwoman who Colorado woman Virginia Tighe claimed to have been in a previous life. Tighe’s amazing claim came about in 1952 during a session with amateur hypnotist Morey Bernstein. Under hypnosis—and through an Irish accent—Tighe related memories of her previous existence in the early 1800s in Cork, Ireland, including being born on December 20, 1789, her life and marriage, and death in 1864. At first glance, Tighe’s story seemed very compelling. She had never been to Ireland and presumably could not have known many of the details she remembered except by having lived them a century earlier. Bernstein wrote a best-selling book about the case, and Bridey Murphy became a worldwide sensation. The story of Bridey Murphy began to collapse when investigative journalists went to Ireland to verify Tighe’s story. While a few general statements were proven true, the researchers found virtually no evidence for the vast majority of Tighe’s “memories.” There were no records of a Bridey Murphy who had been born or died on those dates; the people Tighe said she encountered as Bridey Murphy, including Murphy’s husband, never existed. And so on.

It seems that Bernstein and his publishers, in their rush to exploit the case for fame and profit, had neglected to check Bridey Murphy’s account against the historical facts. It was later revealed that as a young child Tighe had spent time with an Irish immigrant neighbor (not coincidentally named Bridie Murphy), from whom she likely picked up a few details about Ireland, along with an exposure to an Irish accent. Few people believe Tighe purposely faked the story; more likely, she simply (and unconsciously) created it using her imagination and scraps of early memories. Decades of psychological research has demonstrated that people under hypnosis can create realistic, detailed, first-person accounts of events they never experienced. The person comes to believe their own fantastic fictions, often under the encouragement of misguided therapists. The same psychological process helps explain many “eyewitness” alien abduction stories. 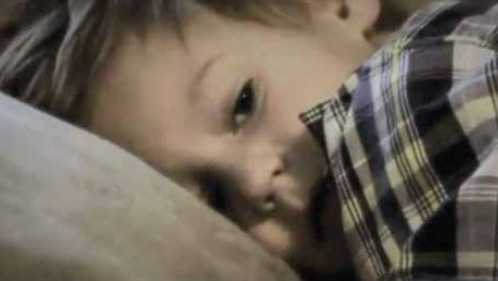 Andrew Lucas, the four-year-old boy who claimed to have a past life as a marine killed in 1983.

In the case of Andrew Lucas, his parents believe he has factually reported the death of “U.S. Marine Sgt. Val Lewis [who] died in a bombing explosion October 23, 1983 in Beirut, Lebanon. Yet 4-year-old Andrew, who lives in Virginia Beach, remembers it as his death. ‘He just starts crying hysterically and I say “What’s wrong Andrew?” and he says, “Why did you let me die in that fire?” says Michele Lucas, Andrew’s mother. . . . Michele says he is saying things and recalling memories that no one his age should know” (Ciara 2014). How could Andrew be remembering things that never happened to him? The most likely explanation is that he isn’t remembering anything unusual at all. There are several red flags suggesting that Andrew’s “memories” are not evidence of a past life but instead misunderstood or over-interpreted comments. When Andrew asked his mother, “Why did you let me die in the fire?” she interpreted it as a question coming not from her four-year-old son but instead from Sgt. Lewis. Yet Sgt. Lewis was a twenty-eight-year-old Marine, so why would he be asking Michele Lucas (who he’d never met and who wasn’t there at the time of his death) why she “let” him die in a bombing? Andrew is clearly speaking as a young boy to his mother, not as an adult military officer.

Andrew also mentioned an address on Main Street in Sumter, Georgia. The Lucases were unable to find anything confirming their son’s information and reached out to the producers of the TV show about ghost-haunted children. They then found several possible “matches” for Andrew’s information, including Sgt. Lewis.

The origin of this story isn’t hard to decipher when you examine the many clear examples of flawed investigation techniques used by Andrew’s parents and the producers. For example, at one point Andrew is shown large photographs of six soldiers who served with Sgt. Val Lewis and died in the same bombing. His mother then asks Andrew, “Were these your friends?” Andrew nods and says yes. “Which one was your friend? Which one were you friends with a lot?” his mother asks. The four-year-old replies, “I was friends with them, a lot—all of them.” (It may be significant that Andrew parrots back the same phrase his mother uses in her question to him, “a lot,” suggesting that he is taking cues from her.)

Andrew also notes that the photos of the people he was shown are dead. He may have been tipped off by his mother’s use of the past tense when referring to them (“were they your friends?”) but at any rate this information, even if it were truly coming from the ghost of Sgt. Lewis, raises other questions, such as how Lewis could know that all the other Marines caught in the same blast had also died. After all, just because he was killed doesn’t mean that others nearby might not have survived their injuries. Unless before his death Lewis somehow confirmed that all the other soldiers were dead before succumbing to his own wounds, this information makes no sense.

Andrew’s parents seem to take this as a sort of confirmation or validation of his story, but as any police detective can attest, that is exactly the wrong way to investigate whether or not a person recognizes photos presented to them. What they should have done is show him a dozen or more photos of various people, some associated with Sgt. Lewis and some not, and asked Andrew, “Do you recognize any of these people?” Better yet, ask Andrew to give the first and last names of his six friends—something Sgt. Lewis would certainly know but the boy would not (unless he’d been coached). There are countless other questions and simple tests that would help determine whether or not the consciousness of a dead Marine inhabits Andrew’s mind and body, including presenting the boy with an (unloaded) standard military-issue M16 rifle and asking him how to dismantle and reassemble it.

This is a perfect example of why experienced, skeptical researchers are needed to validate claims such as this. Parents and TV show producers may (or may not) have the child’s best interest at heart, but just as nonscientific ghost hunters who use pseudoscientific equipment and poor investigation techniques find bogus “evidence” of ghosts (see, for example, Radford 2010, 113), poor researchers can find bogus “evidence” of past lives.

It’s not clear exactly why the Lucases or the TV show settled on Sgt. Val Lewis as the most likely source for Andrew’s “memories.” Even if the boy were truly experiencing someone else’s burning death from a past life, surely there are many thousands of people who might fit the bill or have some connection to an address on Main Street. According to the Huffington Post, “How [Michele Lucas] made that connection is a bit of a mini-debate between the participants, according to reporter Barbara Ciara, who interviewed the Lucas family for WTKR-TV. It’s not clear whether the show’s producers came up with the whole story for Andrew. ‘The publicists told me that the family discovered the connection through their own research, but the mom, Michele, told me that the producers came up with it,’ she told HuffPost” (Moye 2014).

Whatever the source, it’s unlikely that this is a hoax or that anyone is trying to fool anyone else. Instead it seems like a mystery created by a series of misunderstandings and faulty investigation. In this case, it seems likely that Andrew’s offhanded comments were taken literally and encouraged by his parents and the TV producers. Though it’s fodder for reality TV shows, there may be psychological repercussions for the child, who’s being told by his parents and other authority figures that the ghost of a dead stranger is in his body and mind—a scary idea for someone of any age.

‘Reason for Change’: Quacks and Cranks, GMOs and Climate, Science and Philosophy

The Pope’s Encyclical on Climate and the Planet: Will It Change the Debate?

Is the Pope Catholic?

The Black Madonna: A Folkloristic and Iconographic Investigation

Playing with Past Lives: The Virginia Boy and the Dead Marine

The Future of the Center for Inquiry

‘Post-Materialist’ Science? A Smokescreen for Woo