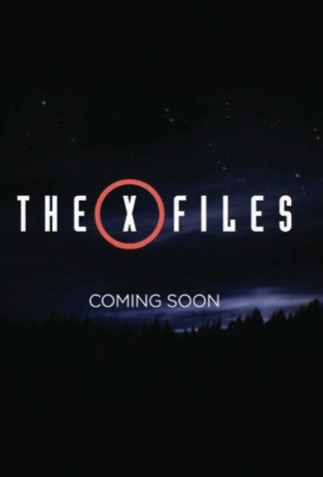 Premiering in 1993, The X-Files ran for eight seasons, averaging nearly twenty million viewers at the height of its popularity. The series ended in 2001 but was followed by two X-Files movies that grossed a combined $260 million worldwide. Over the years, the X-Files fan base has multiplied, spread by way of syndication on cable TV, video and DVD editions, streaming on Netflix, and spin-off comic books and video games.

Not surprisingly, there is intense anticipation for the re-launch. There are even rumors of a possible new TV series featuring a younger generation of characters and a third movie. But given its legacy and plotline, The X-Files revival is sure to generate concerns about the effects of the series on public perceptions of scientists, science, and the paranormal. Such concerns are not new.

Since as early as the 1970s, scientists and skeptics have criticized entertainment, television, and film portrayals for promoting negative stereotypes about scientists, featuring improbable or inaccurate scenarios and depictions, and contributing to anti-scientific beliefs.

When I worked for Skeptical Inquirer in the late 1990s, I was among the many pressing the case against The X-Files. “By thrusting his horror claws deep into the spine of American culture,” series creator Chris Carter was responsible for “historic levels of interest in conspiracies and the paranormal,” I warned (Nisbet 1998).

Yet as I left the magazine to go to graduate school, I began to conduct and write about research that painted a far more complex, shifting portrait of how science and scientists are portrayed by Hollywood, offering some surprising results on how such depictions shape viewer perceptions. The findings relative to paranormal beliefs are equally counterintuitive.

Many arguments that Hollywood presents scientists and science in a consistently negative light tend to rely on outdated research, citing as evidence a study of portrayals from the mid-1980s led by communication researcher George Gerbner (1985). His study indicated that in comparison to other occupations, scientists featured in primetime television suffered a higher ratio of negative stereotypes and were more likely to be victims of violence.

Yet in a follow-up analysis, Gerbner and colleagues (1999) concluded that based on data collected during the mid-1990s, “there is no basis to claim that any kind of systematic negative portrayal of scientists exists. Changes have occurred in Hollywood since the time of our initial study, which found scientists to be typically evil, disturbed, sexually dysfunctional villains…. This is no longer the case.”

More recent analysis of TV content confirms and updates these findings. A study led by communication researcher Anthony Dudo (2010) indicates that between 2000 and 2008, more than eight out of ten scientist characters featured in primetime television were depicted in a strongly positive light.

Few studies have addressed directly how the image of scientists in entertainment media impact stereotypes about scientists. A study by psychologist Susan Losh (2010), however, does provide relevant correlational evidence to consider. As entertainment portrayals across years have shifted from more negative stereotypes to more positive portrayals, so have the stereotypes held by American adults.

In comparison to 1985, Americans in 2002 were far less likely to hold negative stereotypes about scientists and were much more likely to believe that a career in science was a desirable choice for their children or for themselves. A recent study by communication researcher John Besley (in press) extended the analysis to 2012, identifying a further decline in negative stereotypes and an improving public image of scientists.

Entertainment Television and Perceptions of Science

Studies I have conducted, along with those by several colleagues, have examined the direct connection between TV viewing and more generalized perceptions of science.

Analyzing survey data from the 2000s, heavier viewers of entertainment television held stronger reservations about the impact of science on society, but they were also more likely to score higher on belief in science as contributing to societal progress (Nisbet et al. 2002; Dudo et al. 2010).

These findings suggest that the effects of TV viewing reflect the dual imagery of science in entertainment. In this case, science is often depicted as mysterious, magical, or dangerous with both positive and negative consequences for society. Given this duality in narratives, not all entertainment programming has been found to have the same effects. Somewhat counterintuitively, heavier viewers of science fiction programs, controlling for a number of confounding factors, tend to be more positive in their views of biomedical research, agricultural biotechnology, and science more generally (Nisbet and Goidel 2007; Besley and Shanahan 2005).

The science-fiction audience is by nature strongly enthusiastic about science, meaning that their viewing habits may capture an underlying latent support for science. Repetitive viewing of science fiction simply strengthens this orientation, further cultivating an audience naturally receptive to new scientific innovations. A second possible factor is that by familiarizing viewers with the moral dimensions of scientific advances, science fiction may in fact defuse audiences’ intuitive anxieties and negative emotional reactions (see Nisbet and Dudo 2013). 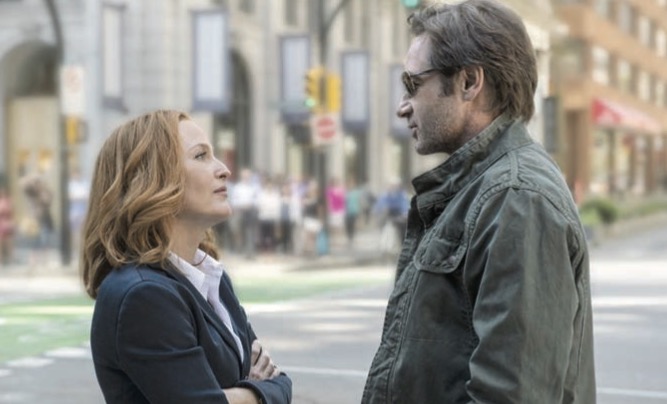 Other studies have examined directly the relationship between forms of entertainment media use and belief in the paranormal. Yet in these studies, when it comes to fostering extraordinary beliefs, one-sided news media depictions and reality TV programs appear to play a more influential role than dramatic series such as The X-Files.

In a survey study led by communication researcher Glenn Sparks, individuals who reported viewing a mixed diet of TV dramas such as The X-Files and reality programs such as Early Edition were more likely to profess belief in a range of paranormal claims. Yet these findings came with an important caveat: The relationship between TV viewing and belief was only significant among those viewers who reported prior personal experience with the paranormal.

The relationship between personal experience and TV viewing led Sparks and his coauthor to suggest that future research should examine the unique role of reality TV programs and pseudo-documentaries in cultivating paranormal beliefs. In contrast to dramas such as The X-Files, these programs might have a more pronounced impact on beliefs given their perceived grounding in “real life” events (Sparks and Miller 2001).

Building on this work, in a recent study of 500 undergraduate students, political scientist Paul Brewer (2013) asked about their paranormal beliefs, personal experience with the paranormal, and forms of media use. His results suggest that paranormal themed reality TV viewing is strongly related to belief in the paranormal, but no such connection was observed for viewing dramas such as The X-Files.

Interestingly, in contrast to Sparks’s findings, the effects for reality TV viewing were significant across all students, regardless of whether or not they reported a prior experience with the paranormal.

In a now-famous address to the American Association of the Advancement of Science, Jurassic Park creator Michael Crichton (1999) argued that in the entertainment media, “negative and distorted views of scientists and the scientific method are inevitable,” and that “worrying about it is a lot of hot air,” amounting to a form of ritual abuse among the scientific community. For Crichton, scientists could better deploy their time and resources by focusing on improving news media presentations, solid advice in light of today’s research findings.

Since the 1990s, portrayals of science and scientists in the TV dramas have been trending more positive, if not promotional. The effects of such presentations are more complex and less predictable than many scientists and skeptics assume, even in some cases cultivating a stronger belief in the promise of science and acceptance of specific scientific advances.

Research also suggests TV dramas such as The X-Files may have only a limited, and often difficult-to-discern, influence on beliefs in the paranormal. Instead, one-sided or falsely balanced news presentations in combination with the ubiquitous number of paranormal-themed reality TV programs and pseudo-documentaries may be a much greater cause for concern and therefore should be the primary focus of outreach efforts.

Mistaken Memories of Vampires: Pseudohistories of the Chupacabra

The X-Files Effect? Research Suggests We Shouldn’t Worry so Much over the Hit TV Series

The Science of Meaning