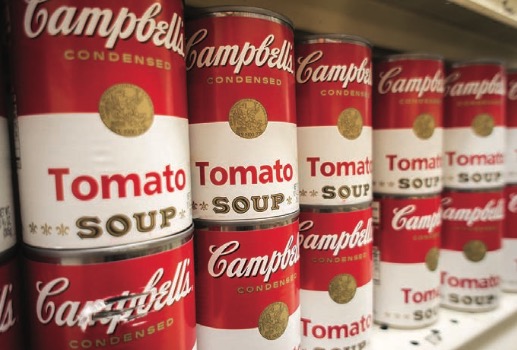 The company’s announcement came in advance of a summer deadline set by Vermont requiring the labeling of GM foods sold in the state. Legislatures in more than twenty states have considered similar requirements. Food industry groups have lobbied for congressional legislation preempting any state requirements, encouraging voluntary disclosure. But Campbell Soup is notable for breaking with this strategy, calling instead for mandatory labeling (Strom 2016).

Contrary to the claims of “Frankenfood” opponents, research shows that Americans have not turned against the promising technology. Most remain unaware of the debate. If asked directly, Americans voice support for labeling, but these opinions are neither deeply held nor top of mind.

In this context, Campbell Soup’s strategy is a shrewd gamble that could lead to several counterintuitive yet welcome outcomes. If Americans were to encounter GM labels on almost all processed foods, the ubiquity and apparent safety of such foods may actually bolster public trust and confidence, quelling controversy and opening the door to a next generation of GM food products that offer enormous benefits.

According to the U.S. Food and Drug Administration and other expert organizations, GM foods in comparison to other food products do not pose substantial risks to human health. Thus, federal regulators, experts, and industry members argue that there is no scientific or legal justification for special labeling.

Yet a few discredited studies provide just enough rhetorical fodder for activists to falsely claim that the technology poses a health threat. In the face of such uncertainty, they argue that precaution should be the rule. Therefore, consumers have a “right to know” if they are consuming GM ingredients.

For these activists, the debate over the scientific justification for labeling is a smokescreen that clouds deeper-rooted grievances. In this sense, no amount of scientific evidence will soften their opposition. The origin of these grievances can be traced to the rise of America’s local food movement.

During the early 2000s, looking across survey findings, researchers concluded that most Americans were unaware of GM food products, lacked basic knowledge of the science or policy specifics involved, and had yet to form strong opinions about the issue (Shanahan et al. 2001).

But among a smaller segment of consumers, the issue was emerging as a chief concern, correlated with a cluster of other food-related attitudes. Those few Americans who said they actively looked to buy GM-free food also said that they preferred their food to be organic, vegetarian, natural, locally produced, not processed, and without artificial colors or flavors (Bellows et al. 2010).

These consumers were early adopters of many of the beliefs and preferences that constitute today’s local food movement. The origins of the movement date back to the 1980s and a series of food safety controversies. Since then influential activists, food writers, and documentary filmmakers have argued the connections between industrial food production, agricultural policy, and problems such as obesity, income inequality, food-borne illness, and the decline of community life (Pollan 2010). In doing so, they have contributed to a new food politics, helping a diversity of groups unify behind a movement pushing for food system reforms.

From Portland, Maine, to Portland, Oregon, many regions have rebuilt their economies and identities around locally owned, mostly organic farms, restaurants, and artisanal foods. These local efforts are complemented by the popularity of well-known national organic brands such as Stonyfield Farms and Horizon. In 2014, U.S. consumption of organic fruits, vegetables, dairy, breads, meat, and other foods generated an estimated $35 billion in sales, more than triple the amount from a decade ago (USDA n.d.).

The growth in the organics industry and local food economies has created a formidable alliance of farmers, entrepreneurs, and activists who bring considerable money, influence, and voice to the debate over labeling. For this alliance, corporate controlled, “unnaturally” produced GM food is perceived as a direct threat to their livelihood and preferred way of life.

Labeling: Not a Big Deal?

Simmering at the grassroots level for years, in 2012 the labeling of GM food exploded into prominence as a hotly debated political issue. In successive years, California, Washington, Oregon, and Colorado residents considered and eventually voted down proposals to label GM food products. In these battles, the food industry is estimated to have spent more than $100 million to block labeling efforts, while activists and organic industry members spent tens of millions promoting the measures.

These battles across Western states generated considerable national media coverage. Yet despite the attention, carefully designed survey research suggests that broader public awareness remains remarkably low. For at least a decade, the great majority of processed foods sold in grocery stores have contained ingredients from GM crops. But when asked in a 2013 Rutgers University survey about the matter, only 44 percent of Americans said they were aware of such foods, and only 26 percent believed that they had ever eaten any food with GM ingredients (Hallman et al. 2013).

A majority of Americans in 2013 said they know very little or nothing at all about GM foods, and 25 percent said they had never heard of them. Even among those who answered they were aware of the issue, a majority mistakenly believed that GM tomatoes, wheat, and chicken products were being sold in supermarkets (Hallman et al. 2013). Specific to labeling, if asked directly, 80 percent of the public said that it was either “very important” or “somewhat important” to know whether a product contains GM food. Yet these labeling preferences are weakly held. In the 2013 Rutgers survey, when respondents were asked in an unprompted way “What information would you like to see on food labels that is not already on there?” only 7 percent said GM food labeling. Moreover, only one in four Americans knew that federal regulations do not currently require such labels (Hallman et al. 2013).

Given the public’s ambivalence about labeling, economists have long questioned claims that labeling would deter the great majority of consumers from purchasing GM food products. For most Americans, cost and brand preference rather than labeling drives their food choices. To the extent that most organic foods today cost 50 to 100 percent more than their GM counterparts, this price difference is likely to override any impact of labels.

To test these assumptions, economists Marco Costanigro and Jayson Lusk designed a series of experiments that asked a sample of American adults to choose among apples and Cheerios that were either labeled as genetically modified or were unlabeled. To simulate the price differences for these products, those marked as genetically modified were priced at half the cost of their unlabeled counterparts. Across conditions, the economists did not observe any significant impact of labeling on risk perceptions or concern. Subjects rated GM apples and Cheerios just as safe as their non-modified counterparts. The economists, however, did find that a GM label made consumers somewhat more willing to pay a premium for unlabeled apples and Cheerios. In other words, though GM labels are unlikely to raise undue alarm among consumers, such labels may indirectly help boost sales of organic food products (Costanigro and Lusk 2014).

Citing this research and other evidence that labels are not likely to scare the public, some experts have argued that if the food industry were to follow the lead of Campbell Soup and support a mandatory labeling law, the strategy would help to restore public trust in the food industry while defusing controversy. “People are getting increasingly scared of [GM food] precisely because the industry is fighting a rearguard battle not to tell people which foodstuffs contain them,” argues author and writer Mark Lynas (2013). “This has to be the worst PR strategy ever: can you think of a single analogy where an industry uses every media tool, every electoral and legal avenue possible to stop people knowing where their own products are used?” As David Ropeik (2013), a risk communication consultant, argued in an open letter to the food industry:

Even if you win the vote, you will lose the war … because the war isn’t about labeling. It’s about the public’s lack of trust in you, and therefore their opposition to the technology that is so important to your success. Your company’s opposition to labeling is hurting you far more than it’s helping. It is time for a new approach. 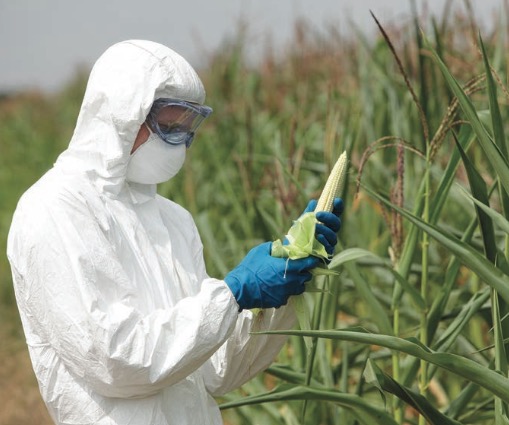 Certainly if the food industry were to support mandatory GM labeling, the precise impact on consumers remains unkown. But to continue to battle against labeling rules is also risky business, lending credibility to claims by activists that the industry has an undue, corrupting influence on the political process. In contrast, the labeling of GM food may have only a limited impact on consumer buying habits, while doing little to alarm the public about the safety of the technology. Putting an end to the labeling controversy is also likely to benefit public debate over the next generation of genetically engineered foods, ensuring that scientists, universities, and companies have the freedom to pursue breakthrough technologies.

These innovations are aimed directly at helping the world meet a 70 percent increase in food demand by 2050. Some crops have been engineered to counter deficiencies in vitamin A and iron among populations in developing countries. Other GM crops are able to survive under conditions of drought, extreme heat, or unfavorable soil conditions (Wohlers 2013). After many years of evaluation, in 2015 a genetically engineered salmon became the first modified animal approved for human consumption by the U.S. government. The small company that pioneered the high-tech salmon says that they can be grown in half the time and using 25 percent less small wild fish as feed. The system recycles 95 percent of the water used and reduces harmful waste. The all-female sterile fish are raised in landlocked tanks, making escape into the wild unlikely. Currently produced in Panama, the plan is for the fish to be grown close to large U.S. urban areas, reducing the energy costs associated with transportation (Saletan 2015).

Activists have moved quickly to oppose such “Frankenfish,” pressuring major grocery store chains and restaurants to refuse to sell the sustainability-friendly product. Apart from unsupported claims about environmental and health risks, their chief complaint is that the fish would not be labeled. As the case of engineered salmon suggests, as important high-tech crops and farming practices are brought to market in coming years, the chief strategy of GM food opponents to appeal to the public’s “right to know” can be removed from the table by pushing for a smart, mandatory labeling policy.

Dissociation and Paranormal Beliefs, Toward a Taxonomy of Belief in the Unreal

Stick It In Your Ear! How Not To Do Science