Theresa Caputo, a self-proclaimed psychic whose Italian origins are quite evident (she was born Theresa Brigandi), has been a celebrity for quite some time now thanks to her reality TV show Long Island Medium. However, all of her apparently paranormal demonstrations are perfectly explainable and, interestingly, most of them would not have been possible only a few years ago. 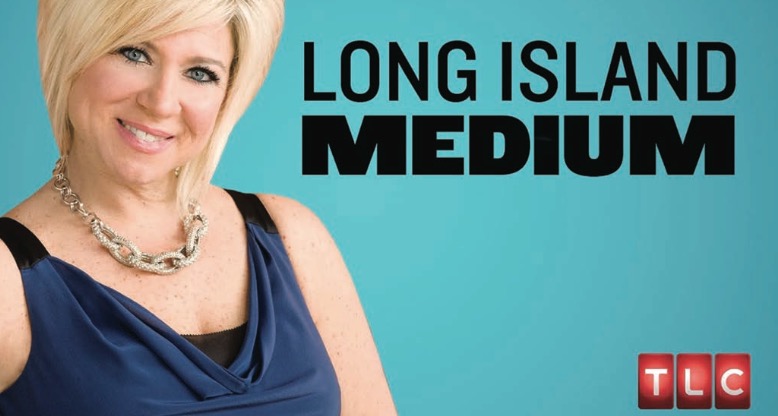 Caputo, in fact, seems to be the next evolutionary step of contemporary mediums after the likes of Rosemary Altea, John Edward, Sylvia Browne, and James Van Praagh: performers who, from the stage, point to members of the audience and claim to receive communications from the dead on their behalf. In the cases of Altea, Edward, Browne, or Van Praagh, the use of old cold reading techniques is quite clear. These are techniques that undoubtedly require a quick mind, ready to grasp any information coming from the sitter and convincingly sell it back to believers as if it came from the spirits.

Caputo, however, has taken a step forward. Instead of taking risks with straight cold reading—guessing and inevitably making mistakes—she prefers to come well prepared to her shows.

To begin with, Caputo places in the front rows those who she already knows, for whom she already has performed in the past and about whom she has already learned everything there is to know. But her great idea (or perhaps that of her staff) was to take full advantage of what modernity has to offer. In particular, it is thanks to the information found on Facebook and other social media that she can astound her public.

Thanks to an exposé by magician and skeptical investigator Mark Edward (2012), who worked on a “sting operation” on Caputo for Inside Edition, her methods are now quite clear. “In combination with selling seats through Ticketmaster and the use of credit cards, Facebook, Foursquare, Twitter and all the rest of the latest places people post private information, our own egocentric fascination with ourselves makes it easy for the techie-smart agent or producer to make seeming miracles happen,” explains Edward. “Like the old days when the gypsy only needed to tell her sitters what they wanted to hear about themselves, we are now in an era when anyone can tell you more about yourself than you might ever want to know.”

Edward relates several such episodes, revealing how absurd this can get: “At one point Theresa asked a woman, ‘… Why am I picking up baby clothes?’ To which the woman replied, ‘Oh, that’s weird. I just put up a bunch of pictures of baby clothes on my Facebook page!’ Not weird at all, really.”

It is enough for her to have a few similar bits of information placed beforehand on a seating chart of the show. Her staff can then cue her to the right spots, since all seats are numbered and far apart. She really can’t miss. Even the casual encounters that she seems to have on the street during her “reality” program are carefully choreographed. “In classic mentalist style,” continues Edward, “everyone must sign a pre-show waiver or agreement to have their image used on television. It’s only a standard form to those folks. Why would they suspect anything? They should. All the staff needs is a laptop, a name, an address and a willing victim.”

There is rarely a scene where she isn’t in tears or claiming empathetic abilities, such as, “I could feel your tears running down my cheek.” In one episode she announces that the spirit of a deceased six-year-old boy has become “attached” to her. Convinced that the only way to free the spirit is to meet with his mother, she tracks down the woman whose details she happens to have in an appointment book. Caputo appears to be greatly distraught by the little boy’s constant presence, but she is strangely unavailable for a session until the following week. She spent this week in apparent spiritual agony, yet still had time to have lunch with friends, all the while complaining about her invisible friend. (Stollznow 2012)

Another of her specialties is confronting and converting “skeptics.” As Stollznow notes:

During a live interview for Long Island radio station KJOY a line of eight “skeptics” are pitted against her. Visibly stressed at first she asks the group, “Who lost a sister?” A woman acknowledges this question, and the medium quickly finds her stride, achieving perceived “hits” with her staple “validations” about clothing and personal letters. Caputo had emotionally disarmed the woman who was taken in by what a real skeptic would readily recognize as a classic cold reading. Skillful editing seems to have ironed out any misses and genuine skeptics.

It is no surprise, then, that in 2012 Theresa Caputo received a Pigasus Award for Performance from the James Randi Educational Foundation.

Today mediums really have an easy life. One wonders what Margery Crandon, D.D. Home, Eusapia Palladino, and all of the famous mediums of the past would have given for a chance to amaze their clients in such an easy way, instead of risking every night to be proven wrong by tipping tables with their legs or exuding ectoplasm gauze. It all seems very silly, in the end, but it is quite distressing to look at the effect that banalities of this kind can have on the grieving. People get emotional; they start to cry and seem to be willing to give Caputo everything they have in order to speak again with their loved ones. Instead of helping the grieving accept their loss and go on with life, such “performers” keep them stuck in their sad situation, preventing their healing. The only consolation is that she won’t last long, as this is the fate that awaits all self-styled psychics. “Caputo,” admonishes James Randi, “is just one more of the myriad faux seers who have stepped into the TV spotlight for their turn, and though her exuberant shtick rather outdoes the others, she’ll do her number along with Van Praagh, John Edward and ‘Psychic Sally’ until someone with a newer novelty elbows her offstage” (Randi 2012).

Dissociation and Paranormal Beliefs, Toward a Taxonomy of Belief in the Unreal

Stick It In Your Ear! How Not To Do Science