When I was twelve years old, UFOs were real. More than that, they really were from other planets and piloted by real aliens. There was a real monster living in Loch Ness and real tracks were left behind in the snow by the real Bigfoot. Some people had ESP, and others could really bend spoons with psychic power. What an incredible world it was for me in 1977. 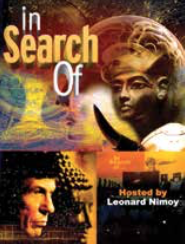 By the time I was thirteen or thereabouts, inspired by TV series such as Leonard Nimoy’s In Search Of . . . and books on UFOs, I created a questionnaire sheet (using a template from a long forgotten magazine or book) for my friends to fill out if they had really seen a UFO. My memory tells me I ended up with ten or so reports. The questions were something like “What time of day was it? Were you alone at the time? Can you draw what you saw in the space provided?” It was so interesting. No, it was much more than just interesting—it was deeply fascinating.

Interests come and go during the teenage years, but somehow the paranormal remained when other fads faded from my mind. Mostly it was UFOs, with my parents happy to indulge this passion—at least I was reading! For someone with mild dyslexia (why is that word so hard to spell?), reading anything was a positive move for me. One of the titles I remember was A Young Person’s Guide to UFOs by Brian Bell. As I write this, I am flipping over to Google search and looking at the cover. How the memories flow back! 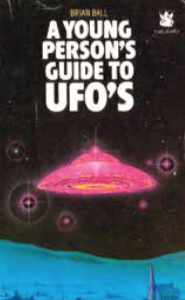 At one stage for a school art project, I screen-printed a drawing of a UFO, classic saucer shape, onto a T-shirt with the words “Watch the Skies.”

I was happy with my limited capacity to research these matters: I had my books (a few more could be found in the school library), the odd TV show, the odd news report of a sighting, and of course stories and legends.

It was 1980 or maybe 1981, and I was home on a Sunday afternoon to watch a popular TV show of the time, Great Mysteries of the World, which more or less combed the world looking for other TV documentaries on anything strange and under sixty minutes (including commercial breaks). On this particular Sunday, the documentary aired was James Randi in Australia produced by Dick Smith. Apart from remembering him from an episode of Happy Days and seeing live the time he was thrown off an Australian TV talk show (search the Internet for Don Lane and James Randi to find it), this was the first time I’d seen Randi in action as it were. So, I sat there and over the next hour watched Randi and Smith put a number of water dowsers to a test in a field “on the outskirts of Sydney” (the field has long since gone, replaced with modernity). It was all very interesting and entertaining, and in the end the results showed clearly that all the dowsers had failed.

Then came the moment, and for me it was life-changing, when Randi turned to the assembled dowsers and said, “Of the dowsers who are here today… I’d like to see a show of hands. How many still believe in dowsing?” All the hands shot up. What? What just happened? What? I just saw them all fail, without question all fail… but… they all still believe in dowsing? This moment really struck a chord with me. It was and still is one of the best examples of how humans believe things and keep believing no matter what.

Of course, the way I believed in things did not suddenly change (apart from seeing that water dowsing was a delusion), but at least for a start I could see how the dowsers fooled themselves and how they could be wrong, all of them. And if they could be so wrong, then why not other people who also deeply believed things?

It’s one of those coincidences, the ones that many New Agers insist are “fate,” that around the same time Carl Sagan’s Cosmos TV series was broadcast in Australia. It was the one-two punch of reason. The episode featuring the Betty and Barney Hill UFO story was particularly powerful.

Mysteries and claims of the paranormal held such a fascination for me, but now there was a new aspect, a new perspective for me to consider. People might well be wrong or right, but testing them to find out for sure is even more interesting and engaging than I could ever imagine. It was for me the gateway to science.

So it wasn’t photos of Mars (although they were very cool), new discoveries about biology, or the promise of solar power that tipped me, led me to having an understanding of the method of science. It was James Randi and his testing of a paranormal claim and Carl Sagan’s soothing tones. I wonder how many other people can report the same?

Now I look back over the past sixteen years of my heavy involvement with the international skeptical movement. Twice president and a life member of Australian Skeptics and a fellow of CSI, I have tested many, many dowsers and others for not only the Australian Skeptics prize but also for the JREF $1,000,000 prize, played a part in the downfall of Power-Balance, produce a skeptical podcast, and (now in its thirteenth year) perform a skeptical science show for school students. That’s what you get from watching Randi and Sagan when you’re fifteen!

I highly recommend you take forty-four minutes and watch James Randi in Australia on YouTube. One day I’ll tell you the story of how in 2001 I found the only known copy, recorded by famed Australian Skeptic Barry Williams off the TV onto VCR in 1981.

Bigfoot and I: Reflections on Forty Years of Skepticism

My Personal Odyssey in Skepticism

How I Got Hooked on the Skeptical World

Skeptical Activism from the Bottom Up