For most American college students, their first serious encounter with the theory of evolution may come as part of an introductory biology course. As surprising as this might sound, the unfortunate reality is that in many high schools across the country evolution is often avoided or covered superficially as part of a crammed science curriculum, taught by teachers who are underqualified and poorly supported (Friedrichsen et al. 2016).

The lack of prior familiarity with evolution presents a particular challenge to religious students who are likely to have questions about how to reconcile what they are learning in the college classroom with their own faith. Surveys indicate that more than half of all students enrolled in introductory biology courses believe in God and consider themselves religious. If their questions about science and faith go unaddressed as part of their coursework, research suggests that learning is likely to be inhibited. Even though a religious student may successfully complete exams and assignments that test their knowledge of evolutionary science, their scores may not reflect a deeper acceptance of what they learned. These students may leave a course still doubting whether evolution is the best (and only) scientific explanation for the diversity of life on Earth (Barnes and Brownwell 2016). 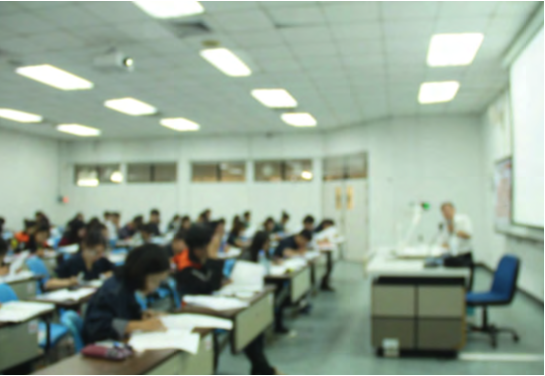 Because of their experience in introductory biology courses, many religious students may also be turned off from pursuing a career in science. Studies indicate that students are more likely to choose a science career if they feel a sense of belonging as part of their coursework. Yet for many religious students, prevailing cultural cues tell them that science and religion are in conflict and that religious people lack competence or ability in science. Research shows that these false stereotypes, which are sometimes voiced by their instructors and peers, can harm the performance of religious students on science exams, further eroding their interest in science (Rios et al. 2015).

Much of student uncertainty about evolution may be caused by a lack of awareness of church teaching or doctrine on the matter. Most major religious traditions, including the Roman Catholic church, the Mormon church, and mainline Protestant churches, have either a neutral or explicitly affirmative stance on evolution, acknowledging the consistency with church doctrine (National Academy of Sciences 2008). In other religious traditions such as evangelicalism, high-profile scientists such as Francis Collins (2006) have broken ranks with church doctrine to discuss openly how they reconcile science with their evangelical faith. For conservative Christian students, research indicates that having such a role model is a key contributor to their acceptance of evolution (Manwaring et al. 2015).

Unfortunately, most faculty members in the life sciences are not prepared to adequately address the questions that religious students hold about the connections between science and faith. Surveys show that the great majority of life science faculty are nonreligious, and that many equate religious belief with fundamentalism, assuming that faith by definition is in conflict with science. Moreover, when asked, most do not see religion as a topic appropriate for a science course. Even those instructors who want to facilitate more thoughtful classroom conversations about science and religion often lack the confidence and training to do so effectively, and they therefore avoid the topic (Barnes and Brownwell 2016).

For these reasons, in recent years, researchers have begun to test approaches embedded in introductory biology courses for facilitating more constructive conversations about science and religion that promote student acceptance of evolution. The findings point to promising models for instructors to adopt and offer insight on strategies for encouraging more constructive public dialogue about science and religion more generally. 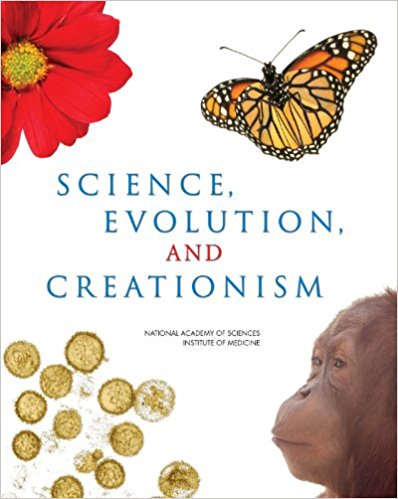 In a study conducted at Arizona State University, instructors led ninety-five students enrolled in an introductory biology course through a two-week module focused on science, evolution, and religion. In addition to chapters from their textbook on natural selection and speciation, students were also required to read Science, Evolution, and Creationism, a booklet published by the U.S. National Academy of Sciences (2008).

The National Academy booklet was intended for use by scientists, teachers, parents, and school board members who wanted to engage in more constructive conversations with others who remain uncertain about evolution and its place in the public school curriculum. To guide their efforts, the National Academy commissioned focus groups and a national survey to gauge the public’s understanding of the processes, nature, and limits of science. The authoring committee also wanted to test various frames of reference that explained why alternatives to evolution were inappropriate for science class (Labov and Pope 2008; Nisbet and Scheufele 2009).

The committee had expected that a convincing storyline for the public would be a traditional emphasis on past legal decisions and the doctrine of church-state separation. Yet the data revealed that audiences were not persuaded by this framing of the issue. Instead, somewhat surprisingly, the research pointed to the effectiveness of defining evolutionary science in terms of social progress, explaining its role as a building block for advances in medicine and agriculture. The research also underscored the effectiveness of reassuring the public that evolution and religious faith can be fully compatible.

In light of this feedback, the National Academy committee decided to structure the final version of the report around these main points of emphasis. “The evidence for evolution can be fully compatible with religious faith,” states the report. “Science and religion are different ways of understanding the world. Needlessly placing them in opposition reduces the potential of each to contribute to a better future.”

In the Arizona State experiment, drawing on themes from the booklet, instructors emphasized that “scientists study natural causes within the natural world, whereas religious ideas address questions of morality, purpose, and the existence of a higher power.” If religious beliefs were limited to questions of purpose, ethics, and the existence of God, then they were not in conflict with evolution.

To evaluate the impact of the module, surveys were administered to the class before and after the module was completed. In contrast to the more than 50 percent of students at the start of the module who said they perceived religion and evolution as in conflict, only 26 percent said the same at the end, indicating that the module had reduced by nearly half the number of students holding a “conflict” outlook. More specifically, eleven out of the thirty-two students who said they perceived conflict at the start of the course shifted their outlook. Among those who were unsure at the start, eight out of fifteen indicated that evolution and religion were compatible after completing the module. Interestingly, there was no observable change in student scores on measures of religiosity (Barnes et al. 2017).

In a second study conducted at Brigham Young University, researchers focused specifically on how Mormon students—if informed of the Mormon church’s official neutral position on evolution—may be more likely to subsequently accept evolutionary theory. In this case, the Mormon Church maintains strict belief in God as the creator, but in its statements it does not confirm or deny the potential for theistic evolution, leaving room for Mormons to adopt a scientific interpretation. The experiment involved more than 1,500 nonmajors enrolled in introductory biology courses. In the test condition, as part of the semester, students participated in at least one lecture and discussion of a “BYU Evolution Packet” that discussed the official Mormon church stance on human origins. After reading the packet, during the class discussion, students were encouraged to ask questions and make comments. The control condition had access to the BYU Evolution Packet, but no time was spent as part of the course in discussing the packet (Manwaring et al. 2015).

For most college students, the introductory courses they take during their first few college years may be the only thoughtful discussions of science and religion that they can draw on for the rest of their adult lives. If these students leave a science course lacking a strong motivation for further information on the topic, they can easily avoid the many available popular science books, articles, and films. When they do incidentally come across coverage in the news media, evolution is most likely to be framed in terms of controversy and irreconcilable conflict with religion (Mooney and Nisbet 2005).

We tend to think about general science education at the college level as a vehicle for imparting knowledge about the physical world, particularly in terms of basic science literacy. But general education science courses should also serve a core civic purpose, imparting critical understanding of the complex relationship between science and society, modeling for students’ thoughtful ways to negotiate differences. The first few studies formally evaluating approaches to discussing evolution and religion are models to build on. More research is needed to expand the evidence-base specific to evolution and to evaluate approaches for effectively discussing other challenging topics such as climate change or gene editing.