I trust that I need not persuade readers of Skeptical Inquirer that in today’s world of post-truth, alternative facts, and rampant pseudoscience, critical thinking—reasoning that helps to compensate for our biases—is needed now more than ever. Concerted efforts to dispel erroneous beliefs, as exemplified by the articles in each issue of this magazine, are essential to this mission. To effectively disseminate critical thinking to the broader populace, though, we may need to start earlier in our educational efforts than we have commonly assumed, perhaps as early as childhood.

Critical thinking and its close cousin, scientific thinking, do not come naturally to the human species (McCauley 2011). Hence, it is no surprise that many people, even those with high levels of education and intelligence, are not adept at evaluating claims with a skeptical mindset, one that requires us to maintain an open mind to novel claims while demanding persuasive evidence. In principle, there could even be a sensitive period for teaching critical thinking in childhood; once this window closes, critical thinking may be even more difficult to acquire. Still, developmental and educational psychologists know remarkably little about whether this is the case and if so, when we should begin to teach the rudiments of skepticism to children (see Scott O. Lilienfeld, “How Can Skepticism Do Better?,” Skeptical Inquirer, September/October 2016). As a consequence, we do not know whether laudable efforts to expose young children to critical thinking skills (such as the Junior Skeptic feature in Skeptic magazine) are worthwhile. Perhaps we need to wait until children’s cognitive capacities, such as their ability to think abstractly, are better developed. After all, as the great Swiss psychologist Jean Piaget noted, children are not merely “tiny adults.” They often think about the world in qualitatively different (that is, different in kind rather than degree) ways from grown-ups. 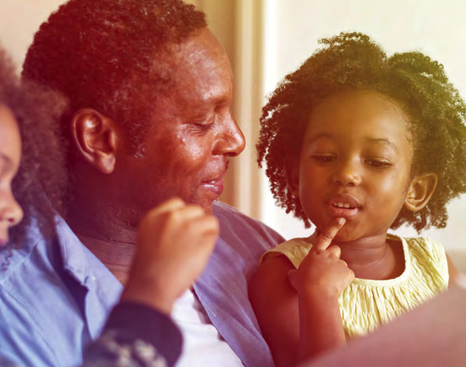 More optimistically, some developmental psychologists contend that infants and young children are “scientists” in their approach to evaluating evidence (Gopnik et al. 2000). There is some truth to this view. Children form hypotheses about how the world works, conduct miniature “experiments” on the world, and draw inferences from them. At the same time, we should be careful not to take these findings too far. The assertion that science comes naturally to humans early in development is difficult to square with the late emergence of science in the history of the human species (Wolpert 1998).

With respect to the effectiveness of educating children in critical thinking, the glass is either half-full or half-empty depending on one’s perspective. On the one hand, there are ample grounds for pessimism when it comes to teaching critical thinking to children. As Paul Bloom and Deena Weisberg (2007) observed in an important review, children display distinctive biases in thinking that may impede efforts to teach them science. For example, children are, in the words of Deborah Kelemen (1999), “promiscuously teleological”: they see purpose even in its absence. When asked why clouds exist, for instance, many four-year-olds respond, “to give us rain.” As Michael Shermer (2009) noted, this propensity appears to live on in many adults in the form of agenticity—a proclivity to believe that natural phenomena are generated by intentional agents. Children are also natural-born essentialists. For example, they tend to perceive animal species as possessing unalterable essences, a belief that may in some cases hamper their ability to grasp the essentials of evolution by natural selection (Emmons and Kelemen 2015).

On the other hand, recent data raise the possibility that children may indeed be able to acquire basic critical thinking skills. For example, despite the tendency of young children to conceive of the world in essentialist terms, evidence suggests that they can be taught to grasp the tenets of natural selection. Using a story-book method that consisted of engaging pictures and narratives, Kelemen and colleagues (2014) found that five- to eight-year-old children could acquire the fundamental principles of Darwinian evolution (such as differential survival and reproduction and the resulting changes in the population frequency of characteristics), and that their newfound understanding persisted for at least several months. More broadly, a recent meta-analysis revealed that critical thinking instruction yielded small to moderate gains on standard critical thinking measures among elementary and middle school children (Abrami et al. 2015).

A new study provides still more reasons for cautious optimism (Nsangi et al. 2017). In an impressive investigation of over 10,000 pupils in Uganda aged ten to twelve, the authors examined the effectiveness of a teaching program designed to teach schoolchildren to distinguish well-supported from poorly supported health claims. By using a textbook that contained entertaining comic-book stories—supplemented by group exercises, singing, and other teaching tools—instructors taught students twelve key concepts relevant to evaluating assertions regarding medical treatments. These concepts included the idea that anecdotal evidence of improvement is fallible, that to evaluate the effectiveness of a treatment one must compare it with a control condition, and that participants should ideally be blinded to their condition assignment. Sixty schools received the intervention, and sixty served as a no-intervention control group. The intervention produced large effects on children’s ability to understand core concepts regarding the evaluation of medical claims, with the effects being especially pronounced among those with high levels of reading ability.

The study, although promising, has its limitations. The intervention was compared against a no-intervention control condition rather than an alternative teaching method, so some of the effects may have stemmed from nonspecific effects, such as attention or the generalized effects of any intensive teaching method. In addition, the items on the post-test were similar in content to those delivered during instruction, so some of the positive results could have reflected “teaching to the test.” Further, it is unknown how well the effects will endure over the long term.

Moreover, the generalizability of these encouraging findings to other domains in which critical thinking is essential—such as bogus political and paranormal claims—remains to be seen. But against the backdrop of the rising prevalence of many pseudoscientific and otherwise unsupported beliefs in Western society, there is at last some good news: we may be able to begin to teach the tools of skeptical thinking at an earlier age than many scholars had believed. Schools would be wise to take notice.

Scott O. Lilienfeld, PhD, is a professor of psychology at Emory University. He is coeditor of the book Science and Pseudoscience in Clinical Psychology, Second Edition (2014) and author of several other books about science and pseudoscience in psychology.