The Flavian Amphitheater, better known as the “Colosseum,” is the largest and most majestic amphitheater of ancient times. It is the second most visited monument in the world (after the Great Wall of China), and in 2007 was included among the new seven wonders of the modern world.

However, as much as it is known and is considered one of the symbols of Western civilization, there still are myths and legends that surround it, along with some little-known facts that shed interesting lights on its history.

The Colosseum was built by Emperor Vespasian. The work started in 71 AD and nine years later, it was inaugurated by his son, Tito, with 100 days of games, where 2,000 gladiators fought and 9,000 animals were killed. The work was completed by Tito’s brother Domitian in 96 AD.

It has an elliptical shape, with a perimeter of 1,728 feet. It’s 170 feet tall (not counting the twenty feet underground), 616 feet long, and 511 feet wide. At the far end of the main axis was the Triumphalis Gate (west), where gladiators and musicians entered, and the Libitian Gate (east), from where the dead fighters were taken away. On the minor axis there was the entrance of the emperor (south) and that of the authorities (north).

It could hold 50,000 seated people and up to 73,000 if those on the highest stairs stood, though it took just three minutes to empty completely. The arrangement provided the best seats at the bottom, closer to the arena. It was the Ima cavea, where the emperor, the senators, and their families and the vestals sat. Going upward was the Maenianum primum, reserved for the exponents of the equestrian order; the Maenianum secundum imum and the secundum summum, reserved for the plebeians; and finally, the Maenianum summum in ligneis, wooden steps reserved for foreigners, slaves, and women. 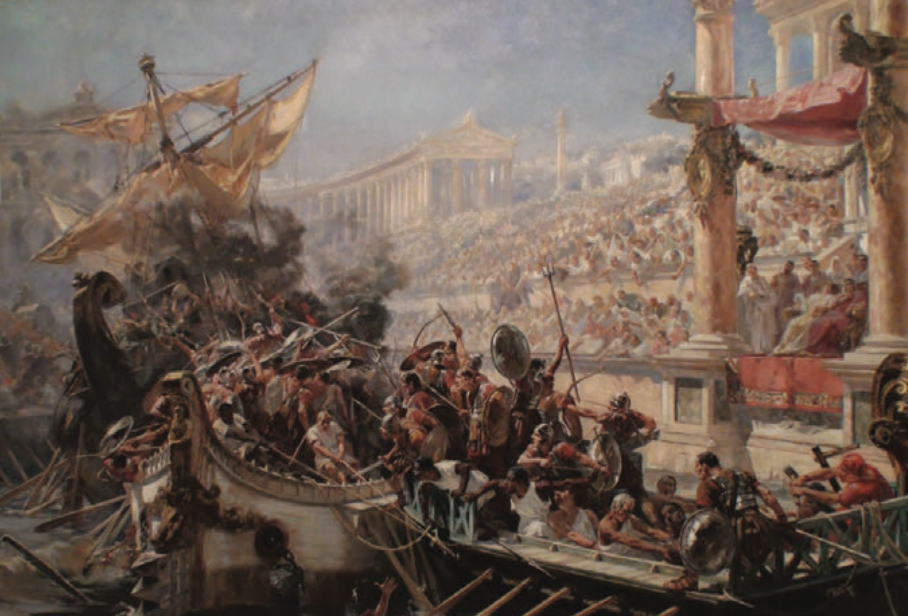 Are Racist Beliefs Pseudoscientific, and What Do We Do About Them?

A Hard Look at How We See Race

In What Version of Evolution Do You Believe?

Daryl Bem and Psi in the Ganzfield

Medical Misinformation in the Media: Is Anorexia on the Rise?

Let’s be SHARPs Together: The Need for a New Umbrella Term

Free Energy: When the Web Is Freewheeling