Six new fellows have been elected to the Committee for Skeptical Inquiry (CSI). They include a magician/mentalist, a sociologist expert on mass hysteria and mass delusions, a “guerilla skeptic,” a molecular biologist researching and defending genetically modified foods, the editor of the UK skeptics magazine, and a noted climate scientist.

Fellows are elected for “distinguished service to science and skepticism.” They serve as advisors to CSI and its magazine, the Skeptical Inquirer, and are invited to share their expertise and advice on issues and projects.

The Committee for Skeptical Inquiry (founded in 1976 as CSICOP, the Committee for the Scientific Investigation of Claims of the Paranormal) “promotes scientific inquiry, critical investigation, and the use of reason in examining controversial and extraordinary claims.” The shorter name was adopted in 2006.

Fellows are nominated and elected by CSI’s twelve-member Executive Council. Elections take place only every several years. The election of this class of new fellows occurred in November 2017 and is being announced here.

The full list of fellows appears on the inside front cover of every issue of the Skeptical Inquirer and is published on CSI’s website at: https://www.csicop.org/about/csi_fellows_and_staff. Distinguished past fellows (deceased), including Isaac Asimov, Francis Crick, Martin Gardner, Stephen Jay Gould, and Carl Sagan, are honored in CSI’s Pantheon of Skeptics at https://www.csicop.org/about/the_pantheon_of_skeptics.

Here are the new fellows: 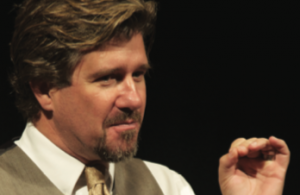 As a young magician, Banachek was one of the participants in James Randi’s famous Project Alpha Hoax in the 1980s, where he fooled scientists at Washington University’s psi lab into thinking he had real psychic powers. He later participated in Randi’s investigation of Peter Popoff. He directed Randi’s Million Dollar Challenge. Banachek has twice been APCA College Entertainer of the year and has been International Magicians Society Mentalist of the year. He has received the Society of American Magicians Milbourne Christopher Award for Mentalism. He is the Magic Producer of over 100 magic episodes of television with Criss Angel. He is author of numerous best-selling books on mentalism and an inventor of various magic and mentalism effects, including the Penn & Teller bullet catch. He has performed on over 225 television shows and over 300 radio programs. He has participated in several CSICOP conferences and spoke at CSICon 2016. 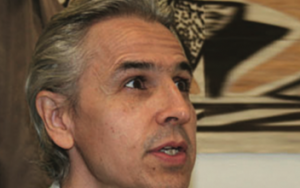 Bartholomew has earned the respect of the skeptic community through his sociological studies on mass hysteria, moral panics, social delusions, folklore, and the paranormal. A native New Yorker, he teaches history at Botany College in Auckland, New Zealand, and has degrees in sociology from the State University of New York at Albany, The Flinders University of South Australia, and James Cook University in Australia.

His books include American Hauntings: True Stories Behind Hollywood’s Scariest Movies (with CSI’s Joe Nickell), A Colorful History of Popular Delusions, Outbreak: The Encyclopedia of Extraordinary Social Behavior (with Hilary Evans), Mass Hysteria in Schools: A Worldwide History Since 1566, The Untold Story of Champ: A Social History of America’s Loch Ness Monster, The Martians Have Landed: A History of Media-Driven Panics and Hoaxes (with CSI’s Benjamin Radford), and American Intolerance: Our Dark History of Demonizing Immigrants, among many others. 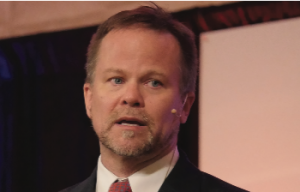 Folta has a PhD in molecular biology from the University of Illinois at Chicago. From 2007 to 2010 he helped lead the project to sequence the strawberry genome, and he continues to research photomorphogenesis in plants, the compounds responsible for flavor in small fruits, and small molecule discovery for new antibiotics and plant growth regulators. He trains scientists, physicians, students, farmers, and others on how to perform public outreach on scientific or controversial topics. He is a leading voice in communicating the evidence-based risks and benefits of genetic engineering in crops and medicine and a defender against misinformation in food and farming, as well as misinformation about evolution, vaccines, climate change, and agricultural biotechnology. He hosts the evidence-based podcast Talking Biotech and the blog Illumination. He was a speaker at the past two CSICons. 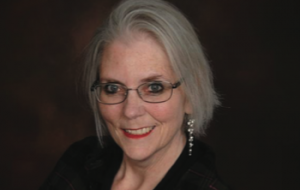 Susan Gerbic, founder and leader of the Guerilla Skepticism on Wikipedia (GSoW) project.

Gerbic’s GSoW project has made a major contribution to the skeptic movement by ensuring that skepticism-related Wikipedia pages on topics, claims, and individual scientists/skeptics are accurate, thorough, and well cited. With a global membership, the group writes and translates pages into multiple languages. This project has greatly advanced the cause of skepticism nationally and internationally. Gerbic has recruited, trained, and mentored a large international group of Wikipedia editors knowledgeable about scientific skepticism and skeptical topics.

Gerbic is a skeptical activist, investigator, mentor, conference speaker, writer, cofounder of Monterey County Skeptics, Skeptical Inquirer contributor, and a recurring contributor to the Skepticality podcast. While her particular focus has been “grief vampires” (psychics), her activism encompasses all areas of skepticism. 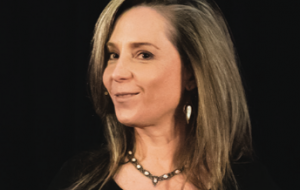 Hyde writes and lectures extensively about superstition, cryptozoology, religion, and belief in the paranormal with special regard to the folklore, psychology, and sociology behind these phenomena.

She also introduced the Ockham Awards to reward successful skeptical activism, which have become a standard part of the QED annual conference in Manchester, United Kingdom. This past year a new category was introduced—the “Rusty Razor” award for the worst bit of pseudoscience of the year. It deservedly went to the GOOP website, which garnered massive media coverage. Hyde is a gifted communicator specializing in the area of what she refers to as “the malign supernatural.” She does engaging presentations on the origins of belief in beings such as vampires, werewolves, fairies, ghosts, etc., bringing a wealth of historical knowledge to the topics as well as extensive knowledge of psychology and folklore. She advocates for skepticism and critical thinking in the media as well. 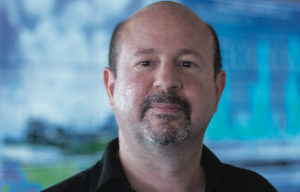 A noted climate research scientist, Mann has contributed to the scientific understanding of historic climate change based on thetemperature record of the past thousand years. He has pioneered techniques to find patterns in past climate change and to isolate climate signals from noisy data. Mann is author of more than 200 peer-reviewed and edited publications and author of three books: The Madhouse Effect (2016), The Hockey Stick and the Climate Wars (2012), and Dire Predictions: Understanding Global Warming (2008). He has been a contributor to the Intergovernmental Panel on Climate Change (IPCC) assessments of climate science. He is a fellow of the American Meteorological Society, the American Geophysical Union, and the American Association for the Advancement of Science and recipient of the Hans Oeschger Medal of the European Geosciences Union. Cofounder of the RealClimate website, he is active in public outreach and countering misunderstandings about the findings of climate research.


Six new fellows have been elected to the Committee for Skeptical Inquiry (CSI). They include a magician/mentalist, a sociologist expert on mass hysteria and mass delusions, a “guerilla skeptic,” a molecular biologist researching and defending genetically modified foods, the editor of the UK skeptics magazine, and a noted climate scientist. Fellows are elected for “distinguished …

The War on Science, Anti-Intellectualism, and ‘Alternative Ways of Knowing’ in 21st-Century America

In Troubled Times, This Is What We Do

The War on Science and Knowledge

Interstellar Visitor: The Strange Asteroid from a Faraway System