Young-Earth creationists claim that the Paleozoic sedimentary rocks in the Grand Canyon and the Mesozoic sedimentary rocks of the Grand Staircase north of the canyon, in which Zion and Bryce Canyon National Parks occur, were deposited during Noah’s worldwide flood about 4,500 years ago (Hill 2002; Hill and Moshier 2009). I realize that readers of Skeptical Inquirer accept modern scientific views on this subject, but this examination of the creationist claims might be useful when communicating with others less imbued with scientific thinking.

There are at least twenty-one scientific reasons a worldwide flood recounted in the Bible cannot have happened. 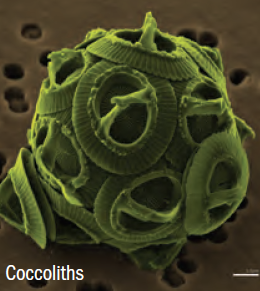 Thomas H. Huxley (1825–1895) said the following: “The great tragedy of science—the slaying of a beautiful hypothesis by an ugly fact.” Any one of the above twenty-one facts destroys the idea that Noah’s flood was a worldwide occurrence. Nevertheless, a local large flood in Mesopotamia in biblical times could have been possible (Collins 2009). Young-Earth creationists commonly point out that Jesus supported the existence of Noah’s flood (Luke 17:27; Matthew 24:38–39), but in the context of the time in which Jesus lived, the translation of the Hebrew word ertz would have been understood as “land” and not the whole world. In that sense, all the land that Noah could have normally seen would have been under water in that part of Mesopotamia and that would have been in effect his whole world. During large floods in Iraq (Mesopotamia), commonly abundant rain falling in the adjacent Zagros Mountains goes underground in solution tunnels in limestone beds and emerges as gushing water in springs in Iraq. These springs are likely the “fountains of the great deep” as described in Genesis 7:11 (Hill 2015).

Lorence G. Collins is a retired professor of geology from California State University Northridge. He has thirty-six articles on the website Opposition to Creationism (http://www.csun.edu/~vcgeo005/creation.html) that describe various views of young-Earth creationists and their scientific errors in interpretations. Among these are three articles that discuss a bogus fossilized Noah’s ark in eastern Turkey.

The War on Science, Anti-Intellectualism, and ‘Alternative Ways of Knowing’ in 21st-Century America

In Troubled Times, This Is What We Do

The War on Science and Knowledge

Interstellar Visitor: The Strange Asteroid from a Faraway System