Several years ago, I came across the manual for a self-paced speed reading course. Intrigued by promises of reading thousands of words per minute, I worked my way through the book. To my disappointment, my reading speed did not improve very much. I re-read the instructions and was urged to go faster! Skip words! Ignore the unimportant stuff! I did all that and my speed improved, but my understanding and retention of what I read dropped dramatically. I concluded that for some reason I just wasn’t a good candidate for speed reading. Much later I learned that my experience was quite typical.

The term speed reading was coined by a school teacher named Evelyn Wood in the 1950s. 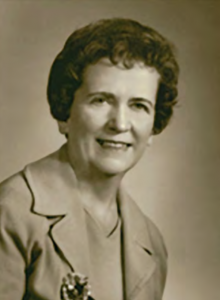 People typically read about 250 to 300 words per minute. Wood claimed to greatly speed up reading by eliminating subvocalization and looking at groups of words instead of individual words. She would also use her finger as a guide to the eye, running it straight down the middle of a page at high speed. She began teaching speed reading seminars, and in 1959 she founded the Evelyn Wood Reading Dynamics Institute in Washington, D.C. Students were promised they could increase their reading speed by two to five times, with improved comprehension. Some of her students allegedly could read 6,000 words per minute. Wood herself claimed to read anywhere from 2,700 words per minute to 15,000 words per minute depending on content (Van Gelder 1995). At 15,000 words per minute, you could read Gone with the Wind in twenty-eight minutes. Many people are skeptical that reading at this speed results in any real comprehension of the material. As Woody Allen sarcastically commented, “I took a course in speed reading and read War and Peace in 20 minutes. It’s about Russia” (Oliver 1995).

President Kennedy sent many staff members to Reading Dynamics courses, as did Presidents Nixon and Carter. At its peak, Evelyn Wood Reading Dynamics seminars were taught at more than 150 outlets. Evelyn Wood died in 1995, but her methods are still taught through Fred Pryor Seminars.

There are some people who do have a natural ability to read extraordinarily fast with high comprehension. For example, Kim Peak (the model for Dustin Hoffman’s character in the film Rain Man) was reported to have memorized the contents of 12,000 books and could read at more than 4,000 words per minute. However, Peak had an abnormal brain structure, had difficulty with routine physical tasks such as walking and buttoning a shirt, and scored below average on standard IQ tests (Weber 2009). For this article I’ll exclude speed reading claims associated with savants.

Academic studies of speed reading have had difficulty confirming the more extreme claims. Many early studies in the 1960s reported very high reading speeds from 2,000 to 10,000 words per minute but lacked proper measures of reading comprehension or didn’t have control groups. In one case, speed readers scored “68% comprehension,” but people who had never read the passage scored 57 percent (Carver 1971). Speed readers were generally found to have a poor grasp of detailed content but a good grasp of the main theme and could perform well at tasks such as producing an outline of the text. A key feature of speed reading was that the readers made fewer and quicker eye fixations on the page. A typical reader’s eye will fixate for about one-fourth to one-half second on perhaps every other word, with the remainder being filled in by peripheral vision or from context. Speed readers have far fewer fixations and spend less time on each, typically 1/10 to 3/10 of a second. Thomas described a reader with a reading rate of 10,000 words per minute who only made six eye fixations per page, scanning vertically downward on the left hand page and upward on the right. The reader made no fixations at all on the bottom third of the page. It was unclear what comprehension was demonstrated by this reader (Thomas 1962).

Perhaps most interesting was a study in which graduates of a speed reading course were presented with a text in which, unknown to them, every alternate line was taken from one of two unrelated source documents. Speed readers read this text at an average rate of 1,700 words per minute and claimed to have good understanding of it, but none of the speed readers noticed that the material was from two different sources. The speed readers did not attend to details or local coherence between ideas (Ehrlich 1963).

Perhaps the most thorough and conclusive study of speed reading was conducted by Michael Masson (Just et al. 1982). Study participants were recruited, some of whom had completed Evelyn Wood Reading Dynamics, and others were a control group of normal readers. As of the early 1980s, Reading Dynamics focused on two aspects of reading: making fewer and faster eye fixations, and using previous knowledge of the subject to organize the information that is read.

Students had been instructed in Evelyn Wood’s method of using their hand as a pacer, moving it across the text at a rapid speed. The instructor and the students were under the impression that these hand motions guided the eye to fixation locations; however, Masson’s research demonstrated that the hand motion acted more like a metronome than a pointer. The hand and eye beat out a similar rhythm, but the eye did not actually follow the hand motion.

The Evelyn Wood class also emphasized the understanding of how different types of texts are organized, such as textbooks, newspaper articles, and stories. For example, students were trained to read textbook passages by skimming the table of contents, titles, headings, and illustrations while using previous knowledge of the topic to fill in the gaps. These techniques are similar to research skills used by many people. For example, Martin Gardner was once asked how he could review so many books, and he answered that he did not actually read most books he reviewed; he just looked at the index and that gave him all the information he needed to write his review (Hyman 2010).

Masson’s research study consisted of three groups of college students: normal readers, trained speed readers, and “skimmers,” i.e., normal readers who were encouraged to skim the text at a rapid pace. A relatively simple passage was taken from Readers Digest and a more demanding one from Scientific American. In both cases, the results were the same: speed readers were about three times faster than normal readers, but their reading comprehension was much lower and decreased as their reading speed increased. The speed readers were only slightly faster and better at comprehension than the skimmers, although the speed readers performed well at tasks such as preparing an outline of the text. One could easily conclude that speed reading is basically a form of skimming, making use of study skills commonly used by college students.

The recent popularity of hand-held wireless devices has led to a renewed interest in speed reading. Apps are now available that will present one word at a time on the screen (Chen 2014). Users can increase the speed to the point where they feel they are just catching all the words, typically about 50 percent faster than their normal rate. Reading speed increases because there is no time lost in moving the eye to a new fixation point. Actually, this technique has been around for decades under the name Rapid Serial Visual Presentation (RSVP), but it used to require special equipment. Studies have shown that RSVP does increase speed but it also reduces comprehension because readers cannot look back at previous words. RSVP also prevents the reader from using the structure of the text to skim for key content.

Returning to my original question, is training in speed reading valuable? It really depends on what sort of material you read and what you want to get out of it. For those of us who read highly technical material that requires careful study of each sentence, speed reading may not have much to offer. However, for people who need to skim a large amount of material or need to improve their study skills, a speed reading course just might be worth it.

Wildlife Apocalypse: How Myths and Superstitions Are Driving Animal Extinctions

Skepticism and Literature in Nineteenth-Century Spain

Dead Varmint Vision at Its Funniest

Gullible Reporting about ESP on CBS

The Anatomy and Pathology of Jihad