As an illustrative example, a 1982 Gallup poll asked a question regarding opinions on human evolution. At the time, 44 percent said they believed God made man supernaturally in our current form. In a 2014 poll, 42 percent still answered the same (Gallup 2015). The future does not hold promise of rapid improvement. Michael B. Berkman and Eric Plutzer (2011) reported that among high school science teachers, nearly three quarters are reluctant to teach on subjects such as evolution, either because they personally reject it or they feel it isn’t worth the controversy it may create. This is despite a quarter century of improved educational materials, upgraded K–12 science standards, and several successful court battles. 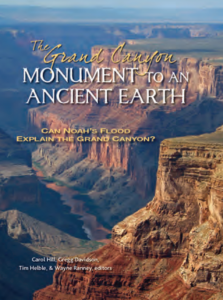 It should be clear by now that the strategies employed to improve science literacy have fallen short of expectations. Moving forward, we could continue to repeat the same approaches, expecting a different result (an often stated definition of insanity), or we could recognize the need for a genuinely different approach—a paradigm shift. The shift that we will advocate, based on our own experiences and successes on this front, comes in two parts. The first is to develop a more accurate understanding of the opposition. Science deniers are often characterized as backward, uneducated religious and political conservatives who are blindly adhering to outdated beliefs and simply need to be educated or outvoted. In reality, the ranks of those opposed to subjects such as deep time and evolution include successful doctors, engineers, lawyers, business leaders, and politicians. Young-Earth creationist leaders include individuals such as Kurt Wise, a vertebrate paleontologist who earned his PhD from Harvard under the late champion of evolution, Stephen Jay Gould. Mental deficiency and poor education are not adequate explanations for belief in creationism. Denigrating the intelligence of such people serves no useful purpose beyond fanning the flames of polarization.

The one stereotype that is justified is religious affiliation. In the United States, the affiliation is predominantly Christian. While all religions disavow a purely mechanistic origin to the universe, views vary within the Christian faith regarding the proper understanding of the creation story, whether it must be understood as a literal six days or as a more poetic/allegorical rendering of God’s creative authorship. For the subset who believe the foundation of their religion rests on a literal understanding of the creation story, improved educational materials serve no purpose because they go unread. Contrary to popular opinion, this is not just willful blindness. The body of scientific information available is far greater than any one person can digest, and most people do not have the technical skills to evaluate the raw data. As a result, people naturally turn to experts they feel they can trust to provide a synopsis of the data and its meaning. This brings us to the second part of the paradigm change: recognition of the importance of trust when challenging entrenched beliefs.

According to a study by Dan M. Kahan et al. (2011) on why scientific consensus fails to persuade, the degree to which “experts” are trusted depends on how well they align with the cultural values of the audience—whether they are inside or outside the “tribe.” This is not a one-sided affair. It is human nature to give greater weight to the views of those who are within the clan. (Consider the likelihood of an atheist paying attention to the evidence for God given by a respected scientist versus from a preacher with no formal education.) In the present context, if the scientists arguing a case to a religious audience are avowed atheists or promote views openly antagonistic to all forms of religious belief, the message is effectively dead on arrival. The ability of the messenger to interpret the data in an unbiased manner is not trusted and thus deemed unworthy of attention. Ironically, books and speaking tours of touted atheists striving to advance science education can actually make the situation worse. The science-against-religion message effectively vaccinates the science-dubious public against ever considering the evidence, and it deepens the divide.

The solution is simple, though perhaps difficult to swallow for the committed materialist. The voices that people listen to are the ones that share their fundamental worldview—those that are inside the tribe; those that have earned trust. This means the greatest hope for moving the cultural needle will be through the efforts of scientists of faith, speaking to their own faith-based communities to reconcile perceived conflicts. We have been encouraged by our own experiences visiting Christian seminaries, colleges, and churches. Once the requisite trust is established, minds become much more open to considering the veracity of natural evidence. We have seen former science deniers become excited even on subjects such as evolution when presented by someone who affirms their own faith, who can explain how they themselves wrestled through apparent conflicts that, in hindsight, were not what they seemed.

So what does this mean in terms of practical science advocacy? This could be as simple as keeping a short list of sources (websites, blogs, or books) that promote good science from a Christian (or other religious) perspective that can be recommended to someone struggling between religious belief and science. There is no shortage of resources that may be tapped for recommendations. We have listed a few organizations with easily found websites at the end of this article, each containing additional resources within.

For our part, we are excited about the recent release of a multiauthor, full-color book, The Grand Canyon, Monument to an Ancient Earth (Hill et al. 2016), that we helped write that elucidates the expectations of conventional (scientific) and flood (young-Earth creationist) geology, and compares these competing models with what we actually find in the canyon. [A summary lauding the book appears in the July/August 2018 Skeptical InquirerNew & Notable column, page 60. —Editor.] We and the other authors wrote it primarily with a Christian audience in mind. Eight of the authors are Christians; three are not. All are committed to the advancement of good science. We gently demonstrate the scientific and biblical vacuity of claims that Noah’s Flood can explain the canyon and its layers. 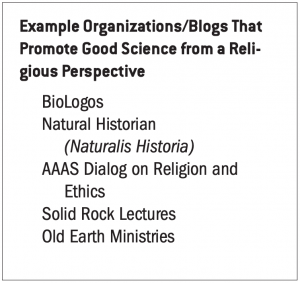 The book represents the type of material that we hope will begin to appear on shelves across the nation as a ready resource that can be pulled off and loaned or recommended to religious-minded people harboring suspicion of particular categories of science. Recognizing the importance of trust and tribe, such works can be presented openly as including authors who share the religious worldview of those wrestling with the scientific issues. As trust is earned and real science is engaged, often for the first time, we look forward to seeing the cultural needle move toward a greater appreciation and acceptance of good science.


As an illustrative example, a 1982 Gallup poll asked a question regarding opinions on human evolution. At the time, 44 percent said they believed God made man supernaturally in our current form. In a 2014 poll, 42 percent still answered the same (Gallup 2015). The future does not hold promise of rapid improvement. Michael B. …