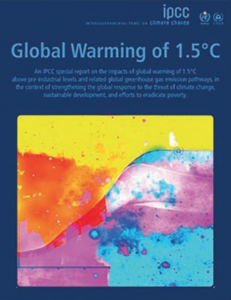 The Intergovernmental Panel on Climate Change (IPCC) special report released in October 2018 focuses on the impacts of global warming of 1.5°C above pre-industrial levels and considers four possible global greenhouse gas emission trajectories or pathways, including several that could potentially limit global emissions to 1.5°C. The report (available online at http://www.ipcc.ch/report/sr15/) also seeks to point out how to strengthen the global response to the threat of climate change.

The report confirms that anthropogenic global warming is happening and that global temperatures are already about 1°C above pre-industrial levels. It says that past emissions alone are unlikely to drive temperatures above 1.5°C, but both CO2 and other greenhouse gas emissions that cause global warming need to be reduced to zero by 2050 to achieve the goal of limiting warming to 1.5°C.  The call is to keep global warming to 1.5°C and not 2.0°C because the larger increase would have such severe implications on sea-level rises, loss of marine life from ocean acidification, and risks to health, food security, and water supplies, among other things.

A positive is that the report addresses UN Sustainable Development Goals (SDGs) and acknowledges that these depend on each other. It also shows four pathways to achieve this goal, both with and without an overshoot of the goal. Also, the report has brought together a wealth of information to draw from, and the authors elaborate on why they assess the situation as more serious than they did with AR5, the previous assessment report in 2014.

It becomes clear that the world and all countries are failing their target and need to do something.

At the same time, the report has shortcomings, of which I highlight three:

We have known since the late 1970s that we have a problem. The Charney report showed in 1979 that a doubling of CO2 would cause increasing global temperatures by about 3°C, an assessment that has not changed much since then. However, it was not clear how fast this would happen and how sluggish the response would be. James Hansen then showed in 1988 that the climate had already started changing and that the problem was imminent. Since then, IPCC has, based on a great deal of scientific literature, consolidated and consistently added state-of-the-art meat to these estimations, including pointing to the very varied regional effects. 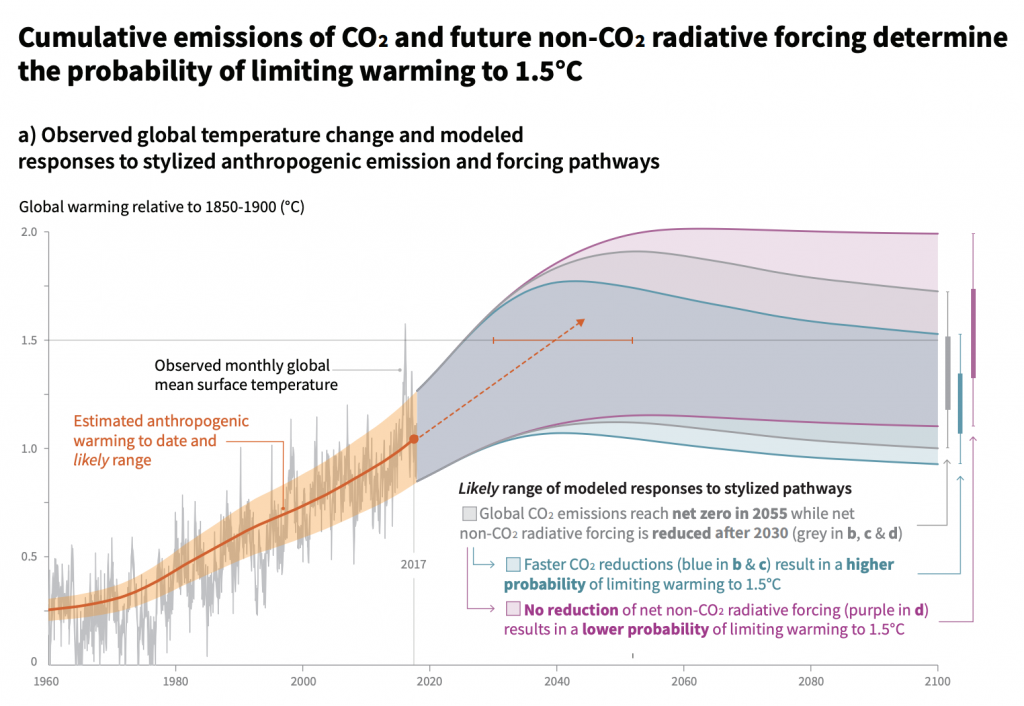 The time to act is certainly overdue, and the new IPCC report is just one more reminder. It has excellent summaries regarding the status of climate change itself. However, the report does not offer good guidelines on how to respond to the challenge.

Governments will have to make bold decisions, and we certainly do not have the luxury of being able to choose between the mitigation alternatives of solar, wind, nuclear, CCS, or BECCS. For one, we cannot disregard the experience with the fastest decarbonization rates we have experienced so far with nuclear power in countries such as France and Sweden. The IPCC has done no dedicated reports on nuclear energy as they have for renewable energy, such as their IPCC Special Report on Renewable Energy Sources and Climate Change Mitigation. It is, however, a sign of hope that the IPCC also suggests an up to fivefold increase in nuclear power deployment for the more realistic pathways P3 and P4 and that it has not yet fully bowed to pressure groups.

I am even no longer sure that these reports change anything. There is more than enough evidence out there on climate change, even if some of the latest nitty-gritty details need further research. There have been plenty of IPCC reports, and they do provide very useful information, but they have not led to any useful action. Emissions continue to rise. Governments and other relevant players must be held responsible. It is their job to mitigate and adapt to climate change, and they cannot delegate this responsibility to the IPCC by asking them to write yet another report.


The Intergovernmental Panel on Climate Change (IPCC) special report released in October 2018 focuses on the impacts of global warming of 1.5°C above pre-industrial levels and considers four possible global greenhouse gas emission trajectories or pathways, including several that could potentially limit global emissions to 1.5°C. The report (available online at http://www.ipcc.ch/report/sr15/) also seeks to …