Whom do you trust? I suppose the default response of a skeptic could be “no one,” at least until particular claims can be verified. It may go without saying, however, that the answer “no one” also applies to conspiracy theorists and others who buy into various forms of pseudoscience. They also probably think that they are ready to trust someone once their claims have been verified. We just have different ideas of what constitutes “verified.”

As we heard at CSICon 2018 from political science professor Joseph Uscinski, conspiracy thinking has become a major component of our public discourse, which is not news. But what might be news is his observation that conspiracy thinking cuts across all demographics: gender, age, class, and so on.

If there’s no demographic delineator, there does seem to be a line drawn between, bluntly, the winners and the losers. Those who feel they are on the outs in terms of power and influence are much more likely to buy into conspiracies than those who are not. When you don’t trust the sincerity or intentions of the people in power, you’re liable to buy into some fairly outlandish claims.

So it seems that the cultivation of trust needs to be a priority for skeptics who want to see some sort of resurgence of reason. 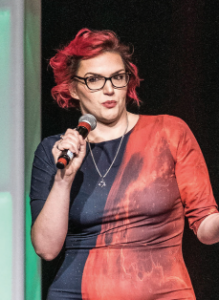 Yvette d’Entremont (a.k.a. the SciBabe) has an approach that might be hard for some: being an open book. “I need you to understand that there are people who do not want to be questioned for what they do,” she said, speaking of the peddlers of harmful pseudoscientific nonsense. So if she’s going to adopt a stance by which she ruthlessly seeks the truth behind those who are not happy to be fact checked, she has to be willing to be open about herself as well.

To make the point, she showed a progression of images of herself, going from sans makeup to the full application of the “SciBabe” mask. “This is part of my avatar,” she said, and by being open about the fact that it is an avatar, by offering transparency, she can begin to earn trust.

Trust is earned in some pretty insidious ways by less-principled actors (“actors” both in the sense of someone executing an action and in the sense of a person who plays pretend in front of people for a living). Timothy Caulfield, whose book is literally titled Is Gwyneth Paltrow Wrong About Everything?, spoke to us about “tokens of legitimacy,” the gestures of credential that propagators of the dubious use to make people believe that they not only know what they’re talking about, but that they know more than anyone with traditional (actual) credentials. 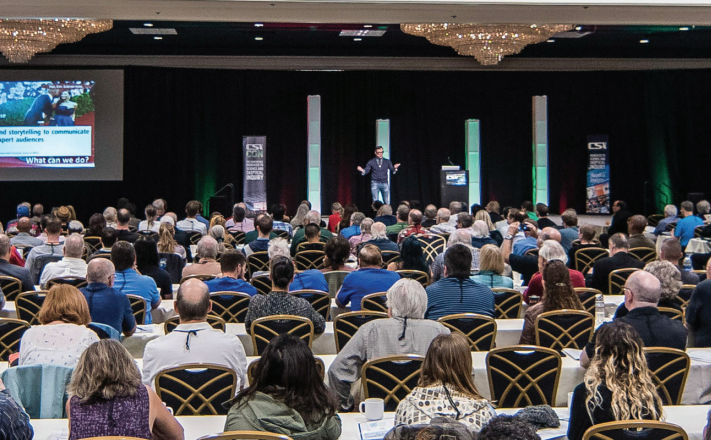 Celebrity endorsements are of course a major token of legitimacy, but it gets even more insidious, such as the fudging of resumes or stuffing sketchy journals with shoddy “studies” that claim to prove some product or therapy’s efficacy.

These tokens of efficacy are more effective than one might think, because it’s not as though they work only on people who “don’t know any better,” as it were. Remember, as Uscinski pointed out, conspiracy thinking does not discriminate. 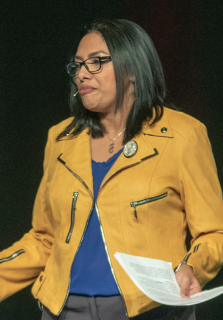 Kavin Senapathy, one of the new hosts of CFI’s Point of Inquiry podcast, had an atheist upbringing and a life immersed in science, yet she was still vulnerable to the emotional appeals and the tokens of legitimacy from hucksters such as Dr. Oz. Today Senapathy is a respected skeptic leader, but there was a journey to be made to get here.

“Tribalism and dogma are the enemy,” said Senapathy, “and religion is a subset.” Tribalism and dogma, like conspiracy thinking, can infect any group, even those whose identity is based on fighting tribalism and dogma. To foster more trust in the skeptic point of view, skeptics need to be careful that they don’t fall victim to their own biased tunnel vision.

“We as skeptics must embrace not only that data and evidence that we wield to champion our pet issues,” she said, “but data that affects all marginalized peoples.” The experience of people outside of skeptics’ majority demographics (women and people of color, for example), said Senapathy, must not be dismissed.

Indeed, as we learned from zoologist Abby Hafer, a lot of the things even we smart, educated folks take for granted about gender, sex, and what’s “natural” is really quite sad. (And what I learned about how male ducks behave toward females makes me very, very sad.) Likewise, Susan Blackmore, in a presentation on out-of-body experiences, urged us to avoid “negative skepticism” that seeks only to debunk or dismiss and shuts off curiosity. There is so much in human (and nonhuman) experience to mine for new data!

These messages aligned well with the presentation from Massimo Pigliucci on the perils of scientism, a stance in which science is applied to domains to which it does not apply, and its superiority in those domains is asserted. By allowing “science” to become so elastic that it comes to mean the pursuit of any knowledge having to do with facts spreads science too thin. Pigliucci said that we run the risk of over-promising and under-delivering on science’s power and importance.

“It’s all a matter of trust,” he said. “The public has to trust science … if we lose trust, we get trouble.”