Doctors order too many tests. Some are useless, some are harmless (except for the cost), but some can lead to serious bodily harm.

Many people, including doctors, tend to think of tests as giving consistent and reliable yes or no answers. They think a test can make a diagnosis, but that’s not how it works. It’s much more complicated than that. Medical history and physical examinations are more important; tests only contribute around 10 percent to the diagnostic process. Misconceptions about tests abound. Here are some examples.

Myth: A normal lab value is the same everywhere.

Reality: Different labs have different normal reference ranges. The Cleveland Clinic website defines a normal hemoglobin for a man as 14–18 grams per deciliter and for a woman, 12–16 grams per deciliter. Another website defines normal as 13.5–17 and 12–15. And the lab at Madigan Army Medical Center, where I get my medical care, has a reference range of 10.0–15.0, sex not specified. Normal reference ranges are different for children and pregnant women and may differ slightly for different racial groups. The source of the sample matters: blood from a fingerstick, for example, will give a higher cholesterol reading than blood from a vein.

Reality: If you repeat a test, you will get slightly different values each time. The hemoglobin may be 14 grams per deciliter today, 14.7 tomorrow, and 14.3 the following day. Even repeating a test an hour later may give different readings. There are many reasons for the discrepancies. Many lab chemistry values are subject to diurnal variation: it makes a difference what time of day the blood was drawn. Dehydration will alter results. If the blood sample is too small or is not properly anticoagulated, it may give false hemoglobin readings. The automated machine may be faulty or not properly calibrated. A laboratory technician may have made a mistake, switched samples, or recorded the results incorrectly. My mother was falsely diagnosed with diabetes on the basis of a single blood test; subsequent tests were all normal.

Reality: To determine normal values, many normal people are tested. This generates a spectrum of values distributed in a bell-shaped curve. Values within two standard deviations of the mean are called normal; the 2.5 percent on the low end and the 2.5 percent on the high end (the “tails” of the bell curve distribution) are called abnormal. So 5 percent of normal people will have abnormal test results simply because of the way normal is defined. And because of this, if you do multiple tests on a perfectly normal individual, statistics predict that one in twenty will give a false positive result. This may be a problem with automated analyzers that do whole panels of tests: when one blood chemistry is ordered, a lot of other tests come along for free. 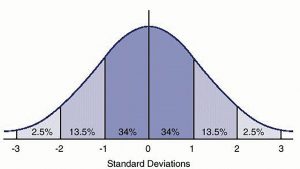 Reality: Sometimes doctors have no idea what is wrong so they embark on a fishing expedition, ordering a battery of tests in the hopes that something abnormal will turn up that will give them a clue. As I explained above, statistically this will result in 5 percent false positive results, which may mislead the doctor and initiate a wild goose chase of other tests that were not indicated, sometimes even invasive tests such as biopsies and exploratory surgeries with the potential to harm or kill the patient. Sometimes doctors order a test out of insecurity to bolster their confidence in a diagnosis they have already made and are treating with good results. Sometimes they want to be thorough and make sure they haven’t missed anything. Sometimes their motivation is to avoid malpractice lawsuits. Sometimes they order a test out of pure curiosity; for example, they may wonder what the hand X-ray looks like in a patient with arthritis when the arthritis is responding well to treatment—though the X-ray findings would not change management.

Reality: X-rays, CT scans, MRIs, Pap smears, microscope slides from biopsies, etc., have to be interpreted by fallible humans, and the signs are not always clear-cut. Judgment is involved. Experience matters. People make mistakes. They disagree about findings. They tend to see what they are looking for and miss other findings. A classic illustration of this was an experiment where a matchbook-sized image of a gorilla was superimposed on chest X-rays: 83 percent of radiologists missed the gorilla because they were fixated on finding cancer nodules in the lungs.1 You can find it online; you will be amazed that anyone could miss the gorilla.

Fifteen percent of CT scans detect incidentalomas in the liver; 8–51 percent detect nodules in the lungs; 50 percent of patients have thyroid nodules; 10 percent of patients have pituitary incidentalomas; and about half of virtual colonoscopies detect abnormalities outside the colon. The majority of these findings (perhaps 99 percent) are benign, will never cause symptoms, and do not require further evaluation. But you can imagine how patients will worry about what that nodule or cyst inside their body might really be. Clinicians are developing guidelines to help them decide whether to ignore, follow, or pursue a diagnosis in incidentalomas of various organs.2 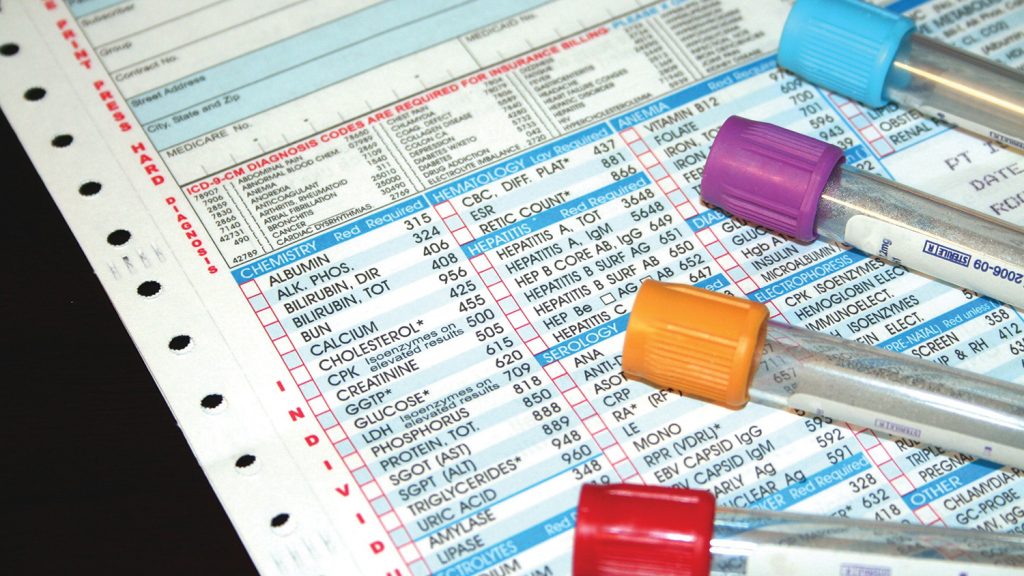 Screening tests sound like a good idea: test people before symptoms develop to detect problems and treat them early. The problem is screening tests involve harms as well as benefits, and if the prevalence of the disease in the population being tested is low, false positives will far outnumber true positives. In a previous issue of Skeptical Inquirer (January/February 2019), Felipe Nogueira wrote about screening for prostate and breast cancer, explaining that some patients are diagnosed and treated needlessly and suffer harm from the treatments.

The U.S. Preventive Services Task Force (USPSTF) is an independent panel of experts that systematically reviews all the evidence and makes frequently updated recommendations for screening. Each test is categorized as Recommended, Recommended Against, or Insufficient Evidence to assess balance of benefits and harms.

Various companies and healthcare providers offer screening tests that are not recommended by the USPSTF and are not covered by insurance. One of the biggest offenders is Life Line, which advertises deceptively, sets up in churches or other community buildings, and offers non-recommended ultrasound screening tests to the general public. They are essentially selling FUD (fear, uncertainty, and doubt). Doctors have to pick up the pieces and reassure Life Line’s worried customers that no, they are not in danger.

In recent years, whole body scanning became a fad. It was offered directly to the general public in free-standing CT clinics. The idea was to screen for cancer anywhere in the body. But it was not good at finding cancer. It exposed patients to radiation, was costly, found lots of incidentalomas, and did more harm than good. Fortunately, the fad seems to have died out.

Poorly informed patients may demand that their doctors do specific tests that are not medically indicated. For instance, they may read online that they should insist that their doctor check their erythrocyte sedimentation rate and C-reactive protein. Those are both nonspecific inflammatory markers that go up in many different conditions. A normal test result can rule out some things, but an abnormal result doesn’t tell you what is causing the inflammation, and the people who recommend screening don’t really know what to do when the test is abnormal.

Many years ago, I had a patient who insisted on monthly cholesterol tests and agonized about her diet if her numbers had gone up by even a point or two. She failed to understand that they were just meaningless fluctuations, noise in the data. Today we would have given her statin drugs and not done any further cholesterol tests; we have learned that following the lipid levels is pointless.

We used to get annual physical exams, with blood tests, urinalyses, chest X-rays, TB tine tests, and so on. These are no longer recommended because they have been shown not to improve outcomes. It’s still a good idea to have a yearly “health maintenance” appointment with your doctor. It’s a chance to ask questions about health concerns, to monitor blood pressure and weight, to see that immunizations are up to date, and to ensure USPSTF screening recommendations are followed. But the physical exam itself can be omitted. It’s not useful to look in every asymptomatic patient’s ears, listen to his or her lungs and heart, or palpate his or her abdomen. What is useful is a directed physical exam to address any symptoms. Pap smears are useful to screen for cervical cancer, but the bimanual exam with palpation is not productive for asymptomatic women, and a pelvic exam is no longer required for prescription of oral contraceptives.

The executive physical goes far beyond the standard annual physical, with a battery of tests that supposedly provide better health care for VIPs. It may make the recipients feel special, but good health care should be the same for everyone, and the executive physical can do more harm than good. Just one example: many years ago, a general in the U.S. Air Force mentioned during his annual physical that he occasionally got headaches. They were garden-variety tension headaches; only reassurance and analgesics were indicated. But because of his high rank, he got a thorough neurologic workup, complete with an invasive test that caused a fatal stroke.

The worst offender for unnecessary tests is functional medicine. As David Gorski explains, “functional medicine” is a form of quackery that combines conventional medicine and alternative medicine. “Specifically, it combines massive over-testing with a lack of science and a ‘make it up as you go along’ ethic, all purportedly in the service of the ‘biochemical individuality’ of each patient.”3

Dr. Gorski describes how functional medicine treated an elderly woman with breast cancer. On top of conventional oncologic treatment, the functional medicine doctors prescribed a lot of useless treatments and tests. She got ninety-seven intravenous infusions of vitamin C plus multiple oral supplements (including more vitamin C!), and they did enough nonstandard tests to take up two full pages of the case report.4 They included amino acid levels, “gut immunology” markers, secondary bile acids, parasite tests, pancreatic enzyme levels, heavy metal levels, oxidative stress markers such as glutathione and coenzyme Q10, and much more. My favorite: the “urine representativeness index.” None of these tests were indicated. And if a result was abnormal, there is no science-based guidance on what to do about it or, indeed, whether anything needed to be done.

Rules of thumb for patients:


Doctors order too many tests. Some are useless, some are harmless (except for the cost), but some can lead to serious bodily harm. Misconceptions about Tests Many people, including doctors, tend to think of tests as giving consistent and reliable yes or no answers. They think a test can make a diagnosis, but that’s not …