I have been studying conspiracy theories for about ten years now. When I started, I did not expect that the topic would become as important as it has become, particularly from 2016 on. I would like to be able to say that I had the foresight to know that they would eventually come to dominate our political discourse, but I didn’t. In fact, I expected the exact opposite: that conspiracy theories would continue on a downward trend of losing importance over time. The data a colleague of mine and I gathered suggested that the United States was on such a trajectory since the 1960s, but unfortunately that data collection effort ended in 2010 (Uscinski and Parent 2014).

I would also like to be able to say that I had the idea to study conspiracy theories myself. But, alas, I have to give the credit to my colleague for that. As a political scientist, conspiracy theories were well off the beaten path of political science ten years ago, and there hadn’t been much research into them in other social science fields either. At the time, I wasn’t even sure what we would study, exactly. This may sound ironic now, but I didn’t think that conspiracy theories either affected or were affected by politics in any way. The only thought I had really given to conspiracy theories was in the early 1990s when the Oliver Stone movie JFK came out. So, when my friend and colleague Joseph Parent pitched me on the topic, I thought he was joking. I would have preferred to work together on something more mundane and was therefore inclined to turn him down. Looking back now from a career standpoint, it’s a good thing I did not.

When I began to gather the existing literature on conspiracy theories, I found very little in the social sciences. There were a few articles here and there, but no major research agendas had ever been undertaken. In psychology, there was a budding agenda that had started around 2007: Karen Douglas and her team in the United Kingdom started to look into the phenomenon of belief in conspiracy theories and were beginning to publish some very insightful papers (Douglas and Sutton 2008). Most of the work was historical and cultural in nature, and much of it either followed in the footsteps of Richard Hofstadter’s (1964) original take on conspiracy theories or was a response to it (Butter and Knight 2018). The lack of social science literature signaled a much bigger problem: there was not going to be any ready-made data for us to use.

To measure beliefs, one would typically use surveys. Some polls over the decades occasionally asked respondents about their belief in a conspiracy theory or two, but these questions were rarely repeated or asked consistently. Questions about belief in JFK conspiracy theories have been asked enough over time to get a feel for how many Americans believe that particular strand of theory, but that would only get us so far because to rely on that would be like relying on the stock price of General Motors to tell us about the performance of the stock market writ large. We wanted data “big” enough to generalize from. Our initial data collection effort took three years to complete and involved the analysis of 120,000 letters to the editor of The New York Times from 1890–2010. My assistants read all of the letters, looking for those that advocated or refuted a conspiracy theory, and then we coded those letters by who was being accused of conspiring. This was the first effort to capture the dynamics of conspiracy theories writ large over time in a systematic way. At the same time, we began an effort at national polling that I have continued.

The policy relevance of conspiracy theories was perhaps the most shocking thing to me as I have continued to study them. Conspiracy theories have erupted not just in presidential politics—suggesting that President George W. Bush blew up the Twin Towers on 9/11/2001 or that President Barack Obama faked his birth certificate to usurp the presidency—but also in policies as far ranging as local land-use laws, bicycle sharing programs, genetically modified food policies, and disease prevention plans (Avery 2017; Hurley and Walker 2004; Osher 2010; Harmon 2014). Conspiracy theories also drive people to bad personal decisions as well, particularly in the area of health (Jolley and Douglas 2014), and because of this, diseases once thought eradicated have come back (Plait 2013). Conspiracy theories continue to play a sizeable role in justifying inaction on climate change in the United States, and this may lead to planet-wide disaster (Uscinski et al. 2017). Further, conspiracy theories are not confined to the United States but rather affect politics and policy all over the world: think current politics in Poland (Soral et al. 2018), Russia (Yablokov 2018), Turkey (Nefes 2018), the Middle East (Nyhan and Zeitzoff 2018), Europe (Drochon 2018), and Latin America (Filer 2018). 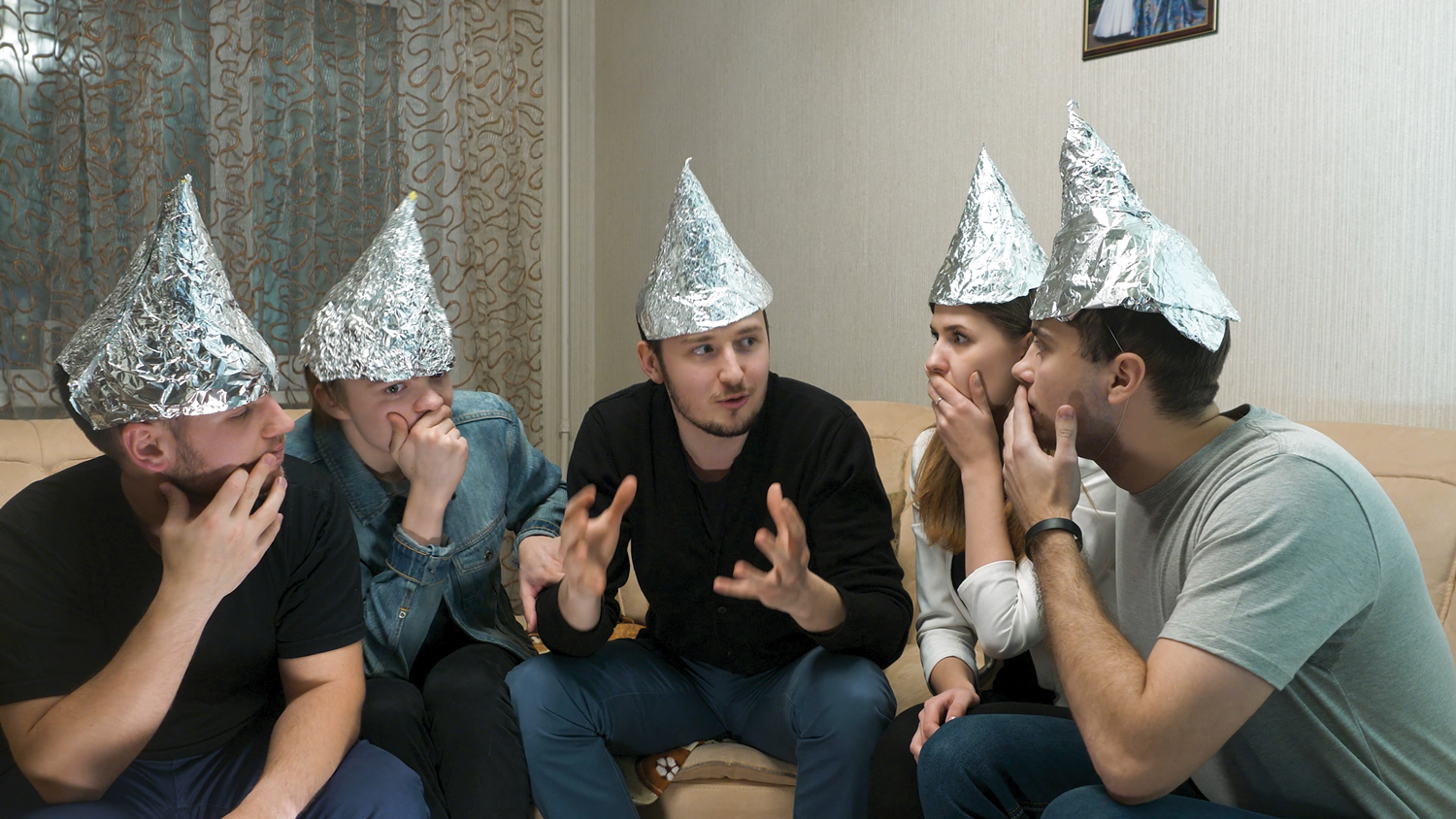 Elites can have a lot of influence on conspiracy beliefs as well. One reason Republicans continue to believe that climate change is a hoax is that Republican leaders continually traffic in such theories (Uscinski et al. 2017). For example, Senator James Inhofe walked onto the Senate floor holding a snowball and presented it as evidence that global warming was a conspiracy (Bump 2015). When leaders push conspiracy narratives, followers with high levels of conspiracy thinking will be persuadable (Atkinson and DeWitt 2018).

An additional factor is status. Conspiracy theories tend to come most from losers rather than from winners. Prior to elections (other factors being equal), members of both parties equally suspect fraud from the other side. But after elections, losers tend to claim they were cheated; winners tend to be happy with the results (Edelson et al. 2017). Going back to the letters to the editor data I discussed earlier, we found that when a Republican was president, conspiracy theories tended to accuse Republicans and their coalition of conspiring, but when a Democrat was president, conspiracy theories tended to accuse Democrats and their coalition of conspiring (Uscinski and Parent 2014). In this sense, conspiracy theories can be a tool used by losers to recoup from losses and generate collective action against a more powerful foe.

Conspiracy theories seem to have become more prominent in the aftermath of the 2016 election. Democrats have been on high alert because they are out of power: they have engaged in numerous conspiracy theories and have been quite susceptible to fake news (Coppins 2017; Beauchamp 2017; Dickey 2017). This is expected; what was less expected was the Republicans’ use of conspiracy theories, given their winning status. Part of the explanation for this is that Donald Trump was not an ordinary candidate. When he entered the Republican primary he could not compete against his twenty-five opponents on the normal playing field; he could not out-Republican them (because he was not much of a Republican) nor could he claim to have more experience (since he had none). Instead, he needed to change the rules of the game, and he used conspiracy theories to do just that. In Trump’s rhetoric, the entire establishment was corrupt, therefore it followed that those who had spent time in it were also corrupt. This turned experience on its head and made Jeb Bush’s and later Hillary Clinton’s extensive experience in government a liability. Trump’s conspiracy rhetoric attracted the conspiracy wing of the Republican Party into his camp, and polls show that Trump’s supporters were more likely to believe conspiracy theories than supporters of other candidates (Cassino 2016). The end result is that the United States now has a president who engages in constant conspiracy theorizing because he built a coalition of conspiracy-minded supporters. He now has to dance with the ones who brought him to the prom. It does not appear (as of yet) that belief in conspiracy theories has increased writ large in the past few years; instead, conspiracy theories have just become more prominent in our elite rhetoric and media reporting (Uscinski 2018).

I would like to offer simple solutions to fighting back against conspiracy theories, but I do not think there are any. It is difficult to correct individuals’ conspiracy beliefs (Nyhan and Reifler 2010), and until political elites disavow them, conspiracy theories will continue to benefit from having a big megaphone. Just studying the topic is itself challenging because devoted conspiracy theorists resist being studied and resent the notion that their beliefs might be based upon anything other than an honest weighing of the evidence. In particular, I am often told by conspiracy theorists that I am a government agent or Satanic elite (for the record, I am neither). I am also told that the term conspiracy theory was invented by the CIA to shut down debate over the Kennedy assassination. But they didn’t invent it (McKenzie-McHarg 2018), and if they had, the scheme didn’t work anyway because Kennedy Assassination theories seem to be the most popular conspiracy theories in the United States (Swift 2013).

Joseph E. Uscinski is associate professor of political science at the University of Miami, College of Arts & Sciences. He studies conspiracy theories, public opinion, and mass media. He is coauthor of American Conspiracy Theories (Oxford, 2014) and editor of Conspiracy Theories and the People Who Believe Them (Oxford, 2018). He spoke at CSICon 2018.