Lorraine Warren—who with her late husband “investigated” alleged demon-possessed houses—died at ninety-two on April 19, 2019. The couple—real names Edward Warren Miney (1926–2006) and Lorraine Rita Warren (1927–2019)—founded New England Society for Psychic Research allegedly as early as 1952. Ed would claim to be a “Demonologist”; his business card with that title appeared to represent his total qualifications. For her part, Lorraine was a self-professed “Clairvoyant” who claimed to make otherworldly contacts—with ghosts and demons, even one masquerading as a werewolf, and, on one occasion, a telepathic Bigfoot.

Their career developed into something of a racket, and they were labeled “charlatans” and “scaremongers.” Their modus operandi was to arrive at a reputedly haunted house that was garnering publicity. Typically, the residents would be fellow Catholics, whom the medieval-minded Warrens soon convinced were actually being plagued by demons. An “exorcism” of sorts would often be arranged, followed by a lucrative book deal and eventually a “true” Hollywoodized movie.

I crossed paths with the Warrens and their minions here and there. For example, with publication of the book on which the later movie The Haunting in Connecticut (2009) was based, I appeared with hauntee Carmen Snedeker on The Maury Povich Show and later with the Snedekers and Warrens on Sally Jesse Raphael (for the Halloween 1992 broadcast). There I met a blustering, would-be bullying, demon-huckstering Ed Warren who, backstage, swore like a sailor.

The Warrens had been marginally involved with The Amityville Horror case of the 1970s, but Lorraine’s clairvoyance failed her. Not only did I learn from later residents that some reputed damage in the house had never occurred, but William Weber (attorney for Ronald DeFeo, who had murdered his family there) eventually admitted the horror story was a hoax: it had been concocted over bottles of wine consumed by original Amityville claimant George Lutz. 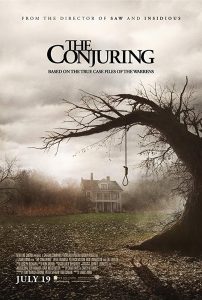 Again, my on-site investigation at another house, made famous by The Conjuring movie (2013), turned up mundane causes for phenomena the Warrens interpreted as demonic. They proposed a book and movie deal to the original spooked residents; however, the current owners—having lived there since 1987—continue to be demon-free, as I can attest.

Some of the Warrens’ coauthors have since admitted that Ed told them to make up incidents and generally create “scary” tales. Ray Garton, who wrote the book on which The Haunting in Connecticut was based, has effectively repudiated it, saying he was glad it went out of print.

Still, although the Warrens are now both dead, we must yet be vigilant for future claims of alleged Warren “investigations.” Despite the couple having little if any involvement with the Enfield Poltergeist house of north London in 1977, they were nevertheless made central to that story related in The Conjuring 2 movie. Skeptics may have to exorcise Warren nonsense from demon tales for years to come.


Lorraine Warren—who with her late husband “investigated” alleged demon-possessed houses—died at ninety-two on April 19, 2019. The couple—real names Edward Warren Miney (1926–2006) and Lorraine Rita Warren (1927–2019)—founded New England Society for Psychic Research allegedly as early as 1952. Ed would claim to be a “Demonologist”; his business card with that title appeared to represent …