The reports from friends in Amherst, New York, in early June 2019 were unsettling. Prometheus Books, the courageous independent publisher of noteworthy books on skepticism, humanism, philosophy, science, and religion founded by philosopher Paul Kurtz, was “shutting down.” Retiring employees were not being replaced. The office doors at its headquarters on John Glenn Drive in Amherst were closed. Books in its voluminous warehouse there were seen being trucked away.

Then on June 18, in an email letter to “Dear Valued Authors,” came the official word and explanation from Jonathan Kurtz, president of Prometheus Books. (He had succeeded his father in that position in 2005.) Prometheus Books was not going away, he reported, but its business status had changed dramatically.

Kurtz’s email pointed out that the publishing industry has “faced steep challenges on all sides” and that the move to Rowman & Littlefield was meant “to ensure the legacy and future of Prometheus Books will carry on.” He said Prometheus Books and Rowman & Littlefield had a twenty-five-year-long friendship, and “we are eager to now enter into this partnership together.” His note said that he and acquiring editor Jake Bonar would make this transition with the press.

“I am looking forward to preserving our traditions while shepherding in a new era for Prometheus. We will continue to acquire, strengthen, and develop our list, delivering your high-quality titles to the reading public.” Kurtz is now executive editor of Prometheus Books, an imprint of Globe Pequot, of Guilford, Connecticut, the trade division of Rowman & Littlefield.

Thus ended a fifty-year period of Prometheus Books as essentially a family-owned independent publisher known for publishing books by eminent skeptics critiquing paranormal and pseudoscientific claims and by scientists and scholars critiquing religion and examining a wide variety of philosophical questions.

So Prometheus Books changes but continues, now an imprint of another publisher.

Jonathan Kurtz assures the Skeptical Inquirer that Prometheus Books “is still publishing all the same material it always has had.” He adds, “The great thing about R&L are their resources and commitment to keeping things in print and promoting them. I am actively looking for popular science titles.”

He said would-be authors can contact him or Jake Bonar at their new email addresses: jkurtz@rowman.com and jbonar@rowman.com. Prometheus Books’ web address is http://prometheusbooks.com, but it didn’t seem to be fully functional yet when checked in late February.

Kurtz emphasizes that Prometheus Books is now part of one of the largest independent publishing houses. According to its website, Rowman & Littlefield is also one of America’s largest book distributors, the National Book Network. A quick scan of Prometheus Books titles on the Rowman & Littlefield website finds many of the old titles still available. New works are under way. So perhaps all will be well.

Yet it’s hard not to take some special notice of this new phase in the existence of a publisher that for decades has been central to the intellectual status of the skeptic movement, as well as to intellectuals and scholars in many fields and freethinkers everywhere.

Philosophy professor Paul Kurtz of the State University of New York (SUNY) at Buffalo founded Prometheus Books in 1969. Its intent was always to publish nonfiction works that challenged readers in a variety of categories. Through its existence, it has been known for publishing books other publishers wouldn’t touch.

In 1975, it published Objections to Astrology, a booklet containing two articles and the famous statement by 192 leading scientists, including nineteen Nobel laureates, disavowing astrology. Kurtz and University of Arizona astronomy professor Bart Bok spearheaded the statement. At a time of credulous belief in astrology, the statement (first published in The Humanist, which Kurtz then edited) generated worldwide publicity and controversy. The interest it created—and the scientists’ concerns behind it—were among the factors that led Kurtz, in May 1976, to found CSICOP, the Committee for the Scientific Investigation of Claims of the Paranormal, now the Committee for Skeptical Inquiry (CSI), and Skeptical Inquirer magazine. America was awash in paranormal and fringe-science claims that deserved scientific scrutiny. Prometheus Books went on to publish at least five other books critiquing astrology and began taking on all the other fringe-science fads.

Kurtz subsequently founded the Council for Secular Humanism (CSH) and the Center for Inquiry (CFI), which now includes CSI, CSH, and the Richard Dawkins Foundation for Reason & Science. He not only built Prometheus Books’ booklist and its headquarters in Amherst, but he also led the fundraising effort in the 1990s to build CFI’s current headquarters building across the street from SUNY at Buffalo, where SI is published.

The importance of Prometheus Books’ determination to publish skeptical books, then mostly unpopular with general publishers, is hard to overestimate. 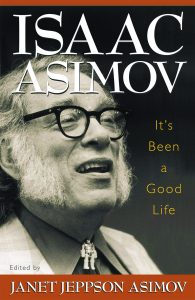 Prometheus Books published Martin Gardner’s Science: Good, Bad, and Bogus (1981, 1989, the sequel to his classic Fads and Fallacies in the Name of Science), and many of Gardner’s subsequent books (half a dozen of them containing his Skeptical Inquirer columns). Prometheus Books published two editions of Isaac Asimov’s The Roving Mind (1983, 1997), a collection of essays Asimov dedicated “To the good people of the Committee for the Scientific Investigation of Claims of the Paranormal, an island of sanity in a sea of nonsense.” It later published a posthumous Asimov memoir, It’s Been a Good Life (2002). Prometheus Books published James Randi’s The Truth About Uri Geller (1982), the revised, paperback edition of Randi’s Flim-Flam (1982), his The Faith Healers (foreword by Carl Sagan, 1987), and The Mask of Nostradamus (1993).

It also published many of Paul Kurtz’s own books on skepticism, notably his 727-page A Skeptic’s Handbook of Parapsychology (1985), The Transcendental Temptation (1986, 1991, perhaps Kurtz’s most important book), The New Skepticism (1992), Skeptical Odysseys (2001), and Exuberant Skepticism (2010). Yet Kurtz was so prolific an author he also used other publishers as well.

Prometheus Books published a whole series of books examining psychics and parapsychological claims. They include David Marks’s The Psychology of the Psychic (1980, 2001), Ray Hyman’s The Elusive Quarry (1989), Graham Reeds’s The Psychology of Anomalous Experience (1988), James Alcock’s Science and Supernature (1989), and Victor J. Stenger’s Physics and Psychics (1990) and The Fallacy of Fine-Tuning (2011), plus many of Stenger’s physics-based critiques of religion. It published two editions of Terence Hines’s Pseudoscience and the Paranormal (1988, 2003), and Robert L. Park’s Superstition (2008), plus Richard Wiseman’s Guidelines for Testing Psychic Claimants (1995) and Deception and Self-Deception (1997), Henry Gordon’s Extrasensory Deception (1987), and Melvin Harris’s Investigating the Unexplained (1986). It also published Susan Blackmore’s The Adventures of a Parapsychologist (1986) and In Search of the Light (1996).

Prometheus Books was the main publisher of books by Steve Allen, the famous TV entertainer and public intellectual, most notably Allen’s Dumbth (1998) about the lost art of thinking. 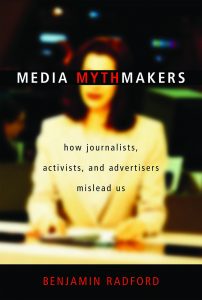 Prometheus Books has also been Joe Nickell’s main publisher (in addition to the University Press of Kentucky). Nickell’s many Prometheus Books titles about his investigations include his seminal Inquest on the Shroud of Turin (1983, 1987) and later books on entities, secrets of the supernatural, miracles, psychic sleuths, mysterious realms, man-beasts, and more recently The Science of Ghosts (2012), and The Science of Miracles (2013). It has published several books by sociologist and investigator Robert Bartholomew, including Hoaxes, Myths, and Manias (with Benjamin Radford, 2003), A Colorful History of Popular Delusions (2015), and most recently American Intolerance (2018). It has published two of investigator Massimo Polidoro’s books, Final Séance (2001, about Houdini and Arthur Conan Doyle) and Secrets of the Psychics (2003).

In recent years, it has published several of Guy P. Harrison’s fine works on critical thinking, such as 50 Popular Beliefs That People Think Are True (2012), Think (2013), and Good Thinking (2015). 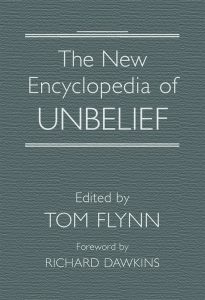 It published two massive encyclopedias, Encyclopedia of the Paranormal (ed. by Gordon Stein, 1996) and The New Encyclopedia of Unbelief (ed. by Tom Flynn, foreword by Richard Dawkins, 2007). They are filled with scholarly entries on every topic SI, CSI, CSH, and CFI deal with.

Prometheus Books has also published fine works on the history and philosophy of science, including Arthur N. Strahler’s Understanding Science (1992), Michael Ruse’s But Is It Science? (1996) and Philosophy of Biology (1998), Susan Haack’s Defending Science—within Reason (2003) and Putting Philosophy to Work (2013), Steven Bertman’s The Genesis of Science (2010), Istvan Hargittai’s Drive and Curiosity (2011), Stuart Jordan’s The Enlightenment Vision (2012), Dennis Trumble’s The Way of Science (2013), Keith Parsons’s It Started with Copernicus (2014), and Demetris Nicolaides’s In the Light of Science (2014), plus Paul Kurtz’s own last book, The Turbulent Universe (published posthumously in 2013).

And in 2018, Prometheus Books published James E. Alcock’s epic 638-page Belief, examining what it means to believe and why our convictions are so appealing. That same year in defending reason in a free society, it took on the worsening problem of antiscience with Anti-Science and the Assault on Democracy, a collection of essays edited by political scientists Michael J. Thompson and Gregory R. Smulewicz-Zucker.

Last, but hardly least, Prometheus Books is the publisher of five husky multi-topic anthologies of Skeptical Inquirer articles, edited by yours truly, starting with Paranormal Borderlands of Science (1981). Then came Science Confronts the Paranormal (1986), The Hundredth Monkey (1991), Encounters with the Paranormal: Science, Knowledge, and Belief (1998), and Science Under Siege (2009). Hundreds of SI articles have gained permanence within these books’ covers. All are still in print, except, ironically, the most recent.

So you can see why it is that the worldwide skeptic community owes a big debt to Prometheus Books. It published great works of skepticism and critical analysis of paranormal, pseudoscientific, and extraordinary claims in high frequency at times when most mainstream publishers eschewed them. It helped bring a prominence and respectability to scientific skepticism during the past five decades that wouldn’t have otherwise been possible. In recent years, Prometheus Books has tended away from critiques of paranormal claims and pseudoscience in favor of straight science books (while other publishers such as Oxford, Basic, Chicago, MIT, and Columbia have helped fill that gap), but it has continued to publish books on the brain, belief, and scientific thinking.

Prometheus Books has been so important in these regards that any change in its status is a legitimate concern for all skeptics and science-minded inquirers, authors, and readers. We can only hope that in its new incarnation as an imprint, it will continue to publish and promote fine books that extoll science, scientific thinking, and the scientific examination of extraordinary claims.


The reports from friends in Amherst, New York, in early June 2019 were unsettling. Prometheus Books, the courageous independent publisher of noteworthy books on skepticism, humanism, philosophy, science, and religion founded by philosopher Paul Kurtz, was “shutting down.” Retiring employees were not being replaced. The office doors at its headquarters on John Glenn Drive in …