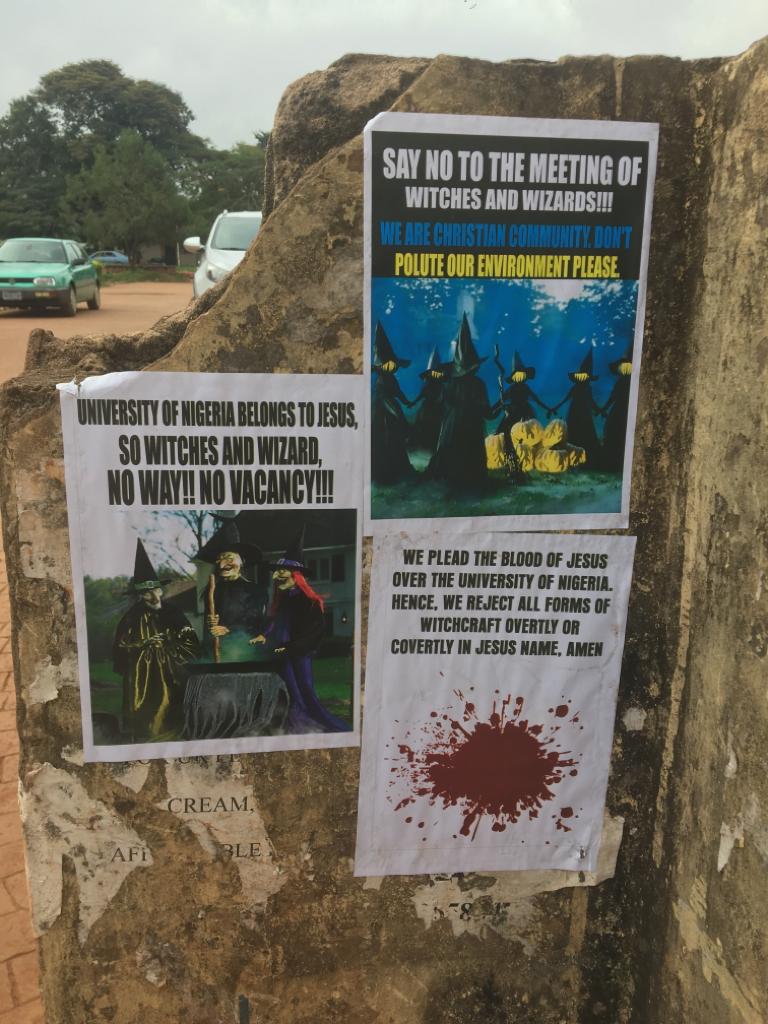 A new campaign launched in January in response to pervasive cases of witch persecution and related abuses in Africa is now facing additional challenges as the world grapples with the coronavirus pandemic. COVID-19 could trigger even more witchcraft allegations in African communities, but it presents educational opportunities as well.

Advocacy for Alleged Witches (AFAW) was launched to supply the missing link of activism in the campaign for the eradication of witch-hunting in Africa. However, the mission faces many challenges.

First, African witchcraft has largely been misrepresented in the West and throughout the world, often by institutions. Many Western nongovernmental organizations (NGOs) have cashed in on the misconceptions and use exoticizing and patronizing campaign approaches that perpetuate—instead of help resolve—the problem.

Witchcraft has often been presented as a socially stabilizing mechanism that helps African societies to function. This mistaken anthropological position, which is dominant in “scientific” and popular Western literature, has hurt the advocacy for alleged witches in Africa. This misrepresentation has led to a lackluster campaign by United Nations agencies and Western NGOs that fund campaigns to eradicate child and adult witch accusations in the region. This largely unproductive and ineffective approach must change.

For some reason, witchcraft beliefs in Africa have been treated like a domesticated useful facility, not a wild and destructive phenomenon that wreaks havoc in the lives of people across the region. The campaign against witch persecution in Africa has been dominated by agencies, organizations, and activists that have refused to call witchcraft belief by its name: myth or superstition. In some cases, organizations have Christian re-missionization agendas and are more interested in using witch persecution in Africa as a medium for evangelization than in ending this vicious phenomenon. In other cases, there are organizations that have, in trying to avoid being labeled racist or neocolonialist, resolved not to designate witch persecution as an irrational, superstitious practice that Africans should abandon.

However, COVID-19 has provided a great lesson. As with the coronavirus pandemic, a campaign against witch persecution must be based on fact and science, not on fiction and superstition. Evidence-based propositions should be the guiding principles. So in situations where religious beliefs or practices pose a threat or undermine the advocacy against witch persecution, such practices must be called out and be critically examined—whether they be traditional, Christian, Islamic, or Bahai.

Some activists and organizations do not want to openly and publicly take on the negative role religion plays in witch persecution in Africa because they do not want to be perceived as atheists or nonbelievers. They do not want to make statements that imply skepticism, such as stating that witches do not exist in the way most people believe. They fear such statements will alienate Africans and their Christian partners in the campaign.

Regarding COVID-19, the World Health Organization has issued guidelines based not on what aligns with specific cultures and religions but what will help contain the virus. What actually alienates people is being dishonest or ambiguous about one’s position on the existence and nonexistence of witches (and by implication other magical entities). Stating clearly that witchcraft belief is superstition is the most effective way to end witch persecution.

The Covid-19 pandemic presents an opportunity for AFAW to help prevent allegations of witchcraft. Witchcraft allegations are often a way for people to make sense of uncertainties and anxieties over terminal and incurable diseases. Thus, the pandemic presents an opportunity to correct misinformation about the cause and spread of the coronavirus—especially attributions of the pandemic to occult, magical, or witchcraft forces.

Advocacy for Alleged Witches is not an antireligious initiative, nor is it a campaign to abolish religion or get people not to believe in God. There are religious persons who are contacts of AFAW in some countries. Wherever religion is part of the problem, it will be noted and addressed. And wherever it is a resource, it will be tapped to help realize an Africa free of witch-hunting. AFAW seeks to work and partner with religious individuals and faith-based organizations that are committed to eradicating this dark and destructive phenomenon. AFAW exists to provide a robust response to witch persecution in Africa and to help build a critical mass of African advocates for alleged child and adult witches by 2030.

In the short time since its inception, AFAW advocates have visited many media agencies in Nigeria, with many face-to-face meetings with journalists and reporters. The media establishment constitutes a critical platform for the education and enlightenment of the public. AFAW advocates have also visited child orphanage homes and shelters for victims of child witchcraft allegations in Akwa Ibom and Cross River states. The resources at these centers are overstretched, and without sustained support they may need to start rejecting child witch victims.

Leo Igwe is the founder of the Nigerian Humanist Movement and currently a research fellow at Bayreuth International Graduate School of African Studies, University of Bayreuth, Germany.


A new campaign launched in January in response to pervasive cases of witch persecution and related abuses in Africa is now facing additional challenges as the world grapples with the coronavirus pandemic. COVID-19 could trigger even more witchcraft allegations in African communities, but it presents educational opportunities as well. Advocacy for Alleged Witches (AFAW) was …