The subject line of the email read “[So-and-so] said I should talk to you,” but the so-and-so was not a name I recognized. Nonetheless, I opened the email and discovered it was an invitation to record an audio course. I had never done anything like that before, but I ultimately agreed to do it. I had spent almost thirty years teaching psychology to undergraduate students, and now that I was no longer teaching, it seemed like a good way to memorialize my work and make a course available for a general audience. I was to prepare fifteen twenty-minute lectures, and I would have to travel to a studio in Rockville, Maryland, to record the courses. 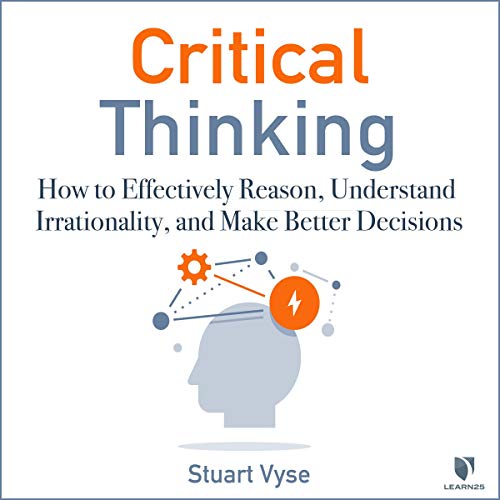 In designing the audio course, I drew material from two of my most popular courses. Irrational Behavior covered superstition and belief in the paranormal and made use of material from my book Believing in Magic: The Psychology of Superstition. I also included some material from a behavioral economics course that drew on my book Going Broke: Why Americans (Still) Can’t Hold on to Their Money. Topics in the audio course include: logical fallacies and baloney detection, conspiracy theories, flat-earth belief and other odd beliefs, heuristics and biases, irrational consumer choice, magical thinking in children and adults, and the origins of common superstitions (e.g., the evil eye, the number thirteen, and astrology).

Despite having taught all the material many times before, preparing the audio course was a challenge. Unlike classes I’d taught, I couldn’t assign readings or use a chalkboard or project slides. Because there were no live students, I couldn’t engage in conversation with my audience. Most important, without any feedback, I couldn’t tell whether my jokes were working. At the same time, I needed to keep the course interesting without the help of many of my usual teaching methods. There were a few benefits of the format. The lectures were only twenty minutes long, which is a reasonable length of time for your average commuter, and I had the opportunity to pick what I thought were the best and most entertaining bits of my courses.

The recording process was somewhat harrowing. The production company put me up in a motel near their recording studio, and I was scheduled to record for two days—eight lectures per day. The course was videotaped in case the company wanted to release it as a video course, which meant I had to lecture in a jacket and tie—something I never did. The recording studio was decked out with a very learned-looking backdrop, complete with leather-bound books and a window looking out onto an ivy-covered college campus scene. I stood behind a large wooden lectern and read my notes off my laptop. Although I had practiced my lectures several times at home, one of the problems was hitting the twenty-minute mark. In a regular college class, it is always possible to stop when the time is up and finish up at the next meeting, but for the recorded lectures, I had to wrap up the topic in as close to twenty minutes as possible. Lecturing was very familiar and easy, but in this case, I had to keep my eye on the clock and the amount of material remaining. It was a bit challenging at first, but it got easier as time passed.

I managed to complete all fifteen lectures, eight lectures per day—four before lunch and four after. I muffed the timing of the first lecture—finishing several minutes early—so I had to rerecord it at the end of the second day. I was tired after the recording sessions were over, but it was quite gratifying when the course was released a few months later.

For now, “Critical Thinking: How to Effectively Reason, Understand Irrationality, and Make Better Decisions” is available exclusively on Audible.com, which you can also access through Amazon.com, but eventually it will be available elsewhere. Creating an audio course was a more difficult process than I expected, and I am not sure I would do it again knowing what I know now. Nonetheless, I am very happy the course is out there.


The subject line of the email read “[So-and-so] said I should talk to you,” but the so-and-so was not a name I recognized. Nonetheless, I opened the email and discovered it was an invitation to record an audio course. I had never done anything like that before, but I ultimately agreed to do it. I …