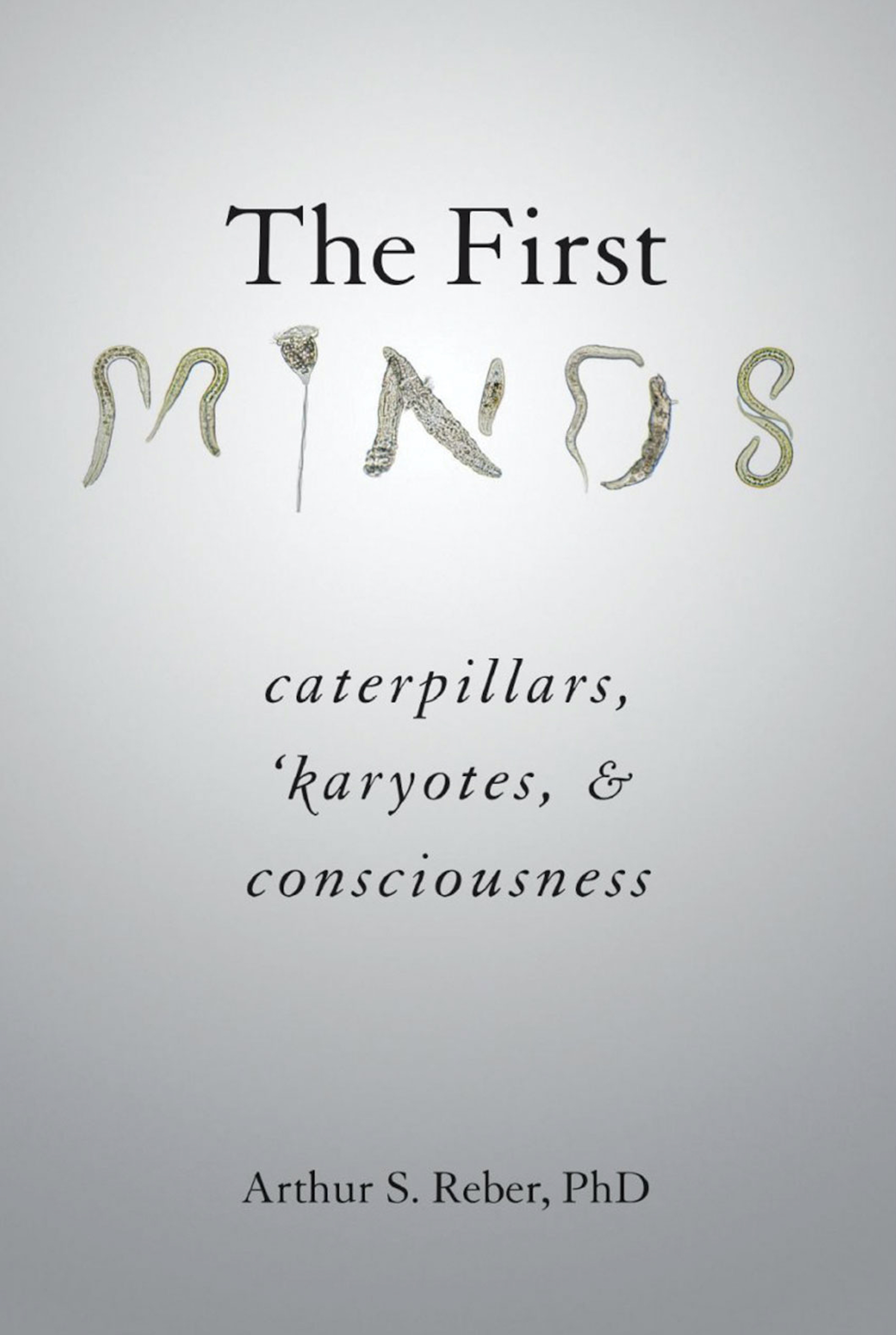 Imagine we’re robot scientists who have been observing the universe since its origin with the big bang. After eight or nine billion years or so, a remarkable new phenomenon arose: life.

We’d have to develop new theories to account for this new phenomenon, with entirely new vocabularies. These new-fangled things we dubbed organisms were sensitive to their surroundings (inanimate and animate, other organisms like and unlike themselves) and to their own internal states. Organisms weren’t just innocent bystanders but were engaged in behavior that furthered their own interests—they had agency. They didn’t behave mechanically or automatically but responsively and intentionally. They showed flexibility, novelty, and even creativity.

We’d say that organisms were sentient—conscious of their surroundings and their internal states. We’d study this phenomenon of consciousness. It would be a challenging topic of study, and it would keep us busy, but it would be no different in kind from the study of, say, nucleosynthesis. (We robots would take the third-person perspective in studying this new subject.)

But we’re not unintrospective robots, and we haven’t failed to notice that we ourselves are conscious. We have no choice but to take the first-person perspective, which gives rise to the entire problem: consciousness seems to be not just a new phenomenon but a new kind of phenomenon. All the stuff (time, space, matter, energy, particles, waves, fields, causality, and so on) that we use to account for everything else seems utterly inadequate to make sense of feelings, sensations, and perceptions; pains and pleasures; sights, sounds, tastes, smells, and feels; recognition and misapprehension; thoughts and ideas; wishes, hopes, and fears; knowledge and belief; learning, memory, and forgetting—not to mention false memory, dreams, hallucinations, and optical (and other sensory) illusions.

Arthur S. Reber, emeritus professor of psychology at the University of British Columbia, has been thinking about all this for a while now—by his own account, since at least 1993. The First Minds presents a synthesis that, he argues, overcomes many of the problems that have beset this perennial problem for philosophy, psychology, evolutionary biology, cognitive science, consciousness studies, and undoubtedly several other fields.

As Reber is well aware, his is hardly the first book to address the subject. With so much already written, does he have anything to add? He does—even if he doesn’t succeed in really putting any of the major issues to bed. As Reber presents his theory, he addresses most if not all of the major issues of the topic, including emergentism and reductionism, embodied cognition, “hardware-independent” consciousness, philosophers’ zombies, the epistemology and ontology of consciousness, and the “hard problem” of consciousness. He also includes the major stances toward the topic, including eliminativism, behaviorism, functionalism, dualism, panpsychism, and mysterianism, as well as the major thinkers on it, including Daniel Dennett, David Chalmers, Cristoph Koch, Patricia Churchland, Anthony Damasio, Richard Dawkins, Hubert Dreyfuss, Thomas Nagel, and many, many others (the author index consists of three double-columned pages).

Contrasting himself with the many other authors who have addressed “the problem of consciousness,” Reber asserts, “I’m not going to attempt that.” Actually, he does. The modesty is not sincere. At the conclusion, he finally admits: “Surely, it won’t come as a surprise that I think I’m on to something important here.”

Reber’s theory—what he calls “the cellular basis of consciousness” (CBC)—is easily stated, which he does almost immediately, in the preface:

(1) The origin of mind and consciousness will be found in the simplest, single-cell organisms; and (2) consciousness, subjectivity, phenomenal experience (or if you prefer, sentience) is an inherent feature of living organic form(s).

Reber argues from an evolutionary perspective: although endless novelty arises throughout the origin of species (the cell nucleus, mitochondria, photosynthesis, sexual reproduction, multicellularity, endothermy, specialized cells and organs such as neurons and the brain, wings and flight, and on and on), the fundamental features of life persist and are conserved. From the very origin of life, even the most primitive archaea had to have been sensitive to its immediate surroundings and its own internal states. For that reason, Reber argues, to understand consciousness we must look first at the single-celled organism rather than the object of our speciocentric fascination—the human brain.

Other scientists agree. As Reber notes, the journal Animal Sentience began publication in 2016. The use of the word sentience here (as in the second of Reber’s two central theses) is telling. As he writes a little later, “I’m going to be playing fast and loose with words.”

This, however, is a problem. Sentience is “feeling or sensation as distinguished from perception and thought [emphasis mine].” Is Reber really asserting that a unicellular organism has a mind? Actually, he is. “There is, I will argue, something that it is to be like a paramecium or an amoeba or a bacterium.” Granted, even the most primitive unicellular organism is sentient. And, yes, sentience is the seed from which animal consciousness (including human consciousness) flowers—but the seed is not the flower.

As Reber acknowledges, in life’s long history, new phenomena have emerged continually. Emergence, in fact, is such a problem for his theory that the word occurs in one form or another some 150 times in the book. He devotes an entire section to it, in which he writes: “Every theory of the origins of consciousness must confront the Emergentist’s Dilemma. … Working out how these miracles occur is always going to be a problem.”

Indeed, the problem is not simply to identify the origin of a phenomenon but also the mechanism. We recognize that the most primitive unicellular organism, for example, consumes and digests food. That hardly explains the evolution, development, and function of the alimentary canal in multicellular animals. Yes, the unicellular organism is sentient and responsive to its surroundings. But that doesn’t even begin to account for the development and function of the brain and the rest of the nervous system, much less the phenomenology of consciousness.

Closely related to the issues of origin and emergence is whether a function that originated in a unicellular organism persists in the cells of a multicellular one. Are the trillions of cells in our own body not merely alive but actually sentient? Do we harbor an entire universe of minds? Apparently, we do: “From the CBC approach, the individual cells of our bodies are assumed [emphasis added] to have levels of sentience rather like bacteria do.”

Reber is only slightly less dogmatic on several closely related questions. One such major issue is pain. We acknowledge that all mammals, at least, can suffer. But there’s no consensus on other animals. The question of whether fish, for example, feel pain is a controversial one. Reber comes down solidly on yes. Many of us humans—at least the ones who don’t fish—would probably agree. But does Reber embrace the Jainist stance that all living things are capable of suffering? Well, he apparently goes even further. Jainists don’t seem to worry about amoeba suffering—probably because their religion originated long before anyone knew about such organisms. But Reber quotes approvingly from an author who argued that if amoeba were as large as, say, dogs, they would obviously be seen as experiencing the same sorts of pleasure and pain as any other creature. Does that mean that they’re worthy of our compassion and empathy? Reber isn’t an absolutist about this, advocating only pragmatic utilitarianism—balancing the suffering of other life-forms “against the costs … [it] may have on the quality of life of humans.”

Reber returns again and again to the Cartesian question of whether an organism’s behavior is the result only of mechanical reactions to stimuli rather than a true mind. His argument: “The typical bacterium has approximately ten thousand individual molecular chemoreceptors arrayed along the cell. … It uses this information to direct movement toward food sources and other favorable circumstances and away from potentially tissue-damaging substances or other aversive ones.”

In other words, E. coli is just too variably responsive to such a wide range of stimuli for it not to be sentient. This is, of course, the emergentist problem again. Elsewhere, Reber convincingly argues that a computer (or robot) wouldn’t be conscious no matter how complex its behavior, so this argument can’t be right.

Another controversy (of likely interest only to philosophers, science fiction writers, botanists, and the lunatic fringe) is whether plants feel pain. Early in the book, Reber emphasizes that motile life-forms would have had to become sentient because only organisms that could move would gain any advantage from it. (Some creatures, such as sea squirts, pass through a motile stage and then become fixed in place, after which they lose their brain. The old joke is that this is what professors experience after they achieve tenure.) It’s only toward the end of the last chapter that Reber provides the section titled “What About Plants?” He cautiously (perhaps even reluctantly) concludes that there probably isn’t something it is like to be a cactus. But maybe plants can feel pain after all: “Put simply, vegetarians and vegans who have adopted their dietary ways on ethical grounds are going to be confronted with problems.”

Early in the book, Reber justifies his theory with this:

The CBC approach, I maintain, offers an optimal research strategy precisely because it invites ways of reconfiguring many issues in evolutionary biology, microbiology, cognitive science, and, yes, in the philosophy of mind.

Indeed, consciousness studies bear all the hallmarks of a degenerating research program—a lot of papers and little to no progress. As Reber himself acknowledges, whether the CBC sparks a renaissance of productive research remains to be seen. But the prospects are dim for a mindometer equally applicable to a person, a parrot, or a paramecium. (The temptation to better Reber’s contrived subtitle is irresistible.)

Despite all this, Reber’s book is a worthwhile contribution to the literature on consciousness. His work is at least solidly grounded in actual biology rather than fanciful speculation based on quantum mechanics, information theory, or science fiction. Reber provides an engaging, informative, entertaining, thought-provoking, and remarkably personal tour of the subject.


The First Minds: Caterpillars, ‘Karyotes & Consciousness. By Arthur S. Reber. Oxford University Press, 2018, ISBN-13: 978-0-190-85415-7, 296 pp. Hardcover, $35.   Imagine we’re robot scientists who have been observing the universe since its origin with the big bang. After eight or nine billion years or so, a remarkable new phenomenon arose: life. We’d have …