The Australian Skeptics and its fine quarterly magazine, The Skeptic, are celebrating their fortieth anniversary this year. 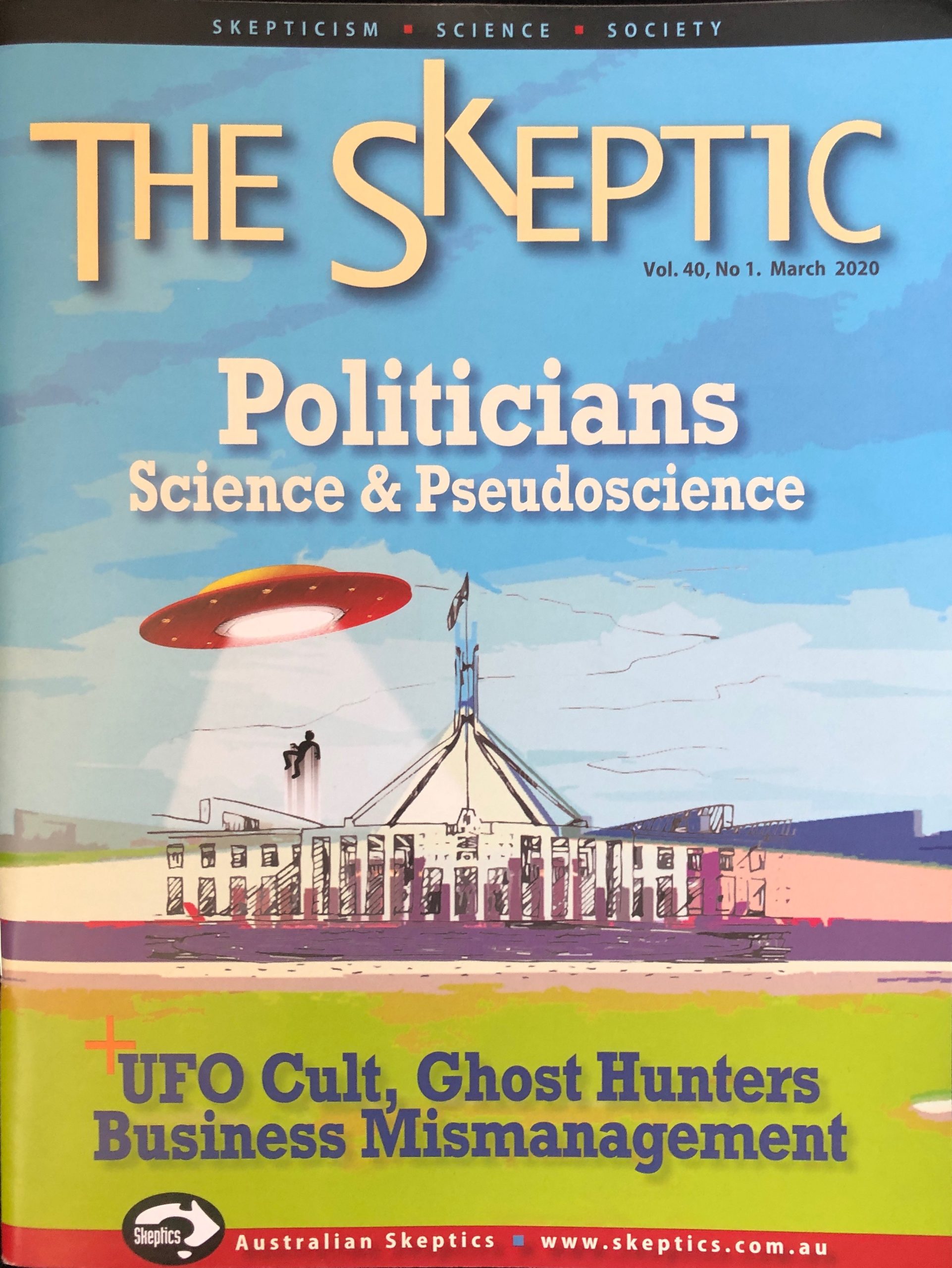 “So we can feel a little bit proud of ourselves to have lasted so long and to have increased—we can modestly say—our influence,” Tim Mendham, executive officer of the group and editor of The Skeptic, wrote in their March 2020 issue, Vol. 40, no. 1.

“We are the second oldest English-speaking skeptic group in the world, so we must have been doing something right.”

Our congratulations go out to the Australian Skeptics, including Mendham, current president Jessica Singer, past president Eran Segev, its other officers and supporters, and the many Australian authors who have contributed to both The Skeptic and to Skeptical Inquirer over the years.

The Australian Skeptics (www.skeptics.com.au) have long been one of the world’s most active and effective national skeptics groups.

They also have proudly held thirty-five consecutive annual national conferences—every year since 1985, a record of consistency unsurpassed anywhere—and plan to do so again this year, with the Skepticon 2020 Gold Coast conference October 23–25. Unfortunately, even though Australia has weathered the coronavirus pandemic better than many countries, they’ve recently decided the 2020 conference will be online only.

The Australian Skeptics were established in 1980—just four years after the U.S. group CSICOP (now our Committee for Skeptical Inquiry, CSI)—after Australian skeptic, publisher, and entrepreneur (and later a CSI fellow) Dick Smith flew paranormal investigator and magician James Randi to Australia to conduct tests of dowsers. The tests resulted in much publicity, and the group formed to continue broad-based and consistent skeptic efforts in Australia.

Mendham noted in his March editorial that those who keep in touch with skeptic groups around the world “will know that the Australian contingent has a bit of a reputation for being more activist than others.” He added, “Certainly we’ve had our share of run-ins with those on the other side of the logic coin—creationists in schools, the anti-vaccination movement, telephone psychics, chiropractors, and countless purveyors of the paranormal and pseudomedical cures. … We have been successful in limiting, at least, the proponents of such junk activities.”

Nevertheless, Mendham laments that for every anti-vaxx organization that loses its media credibility, “There’s a government instrumentality opening the doors to nonsense and nonsensical claims for ‘traditional’ medicines. … Sometimes we are concerned at the lack of even basic scientific literacy among our elected leaders.” He was referring to the political situation in Australia (that issue of The Skeptic addresses specifics), but the same could be said regrettably of many other countries of the world—and not just regarding nonsense about traditional medicines.

To help commemorate the Australian Skeptics anniversary, we asked Mendham for his further thoughts:

Like most skeptics groups, we started off small—gatherings of volunteers keen to spread the world. What we lacked in sophisticated marketing we made up for in enthusiasm. In Australia, we made a big push for media attention, and this worked, although in the early days we were plagued with the usual comment from presenters of “But do the Skeptics really believe in themselves?” My response was always, “Congratulations, you are the one-millionth person to make that joke,” and normally I’d not get invited back on.

But we did have successes, and gradually turned from a small group regarded as an amusing novelty to a serious player in the pseudoscience and paranormal scene.

We are the second oldest English-language skeptical group in the world, and cheekily we might add that since CSICOP changed its name to CSI, we are actually the oldest. We’re modestly proud of the achievement, and we’re always grateful for the assistance we got in the early days, and ongoing, from our friends in America. We’ll be around to help CSI celebrate its 50th anniversary.