Thirteen years ago CSICOP (as CSI was called then) had been already been around for over two decades—solving mysteries, investigating fringe science, UFOs,
monsters and the paranormal. At that time there were veteran paranormal investigators like Joe Nickell, James Randi, Ray Hyman, Phil Klass, and others
shedding light on many of the wacky claims that saturated our culture. Of course, the psychics, dowsers, quacks and other purveyors of bogus beliefs they
exposed vastly outnumbered the science-based side. They still do. 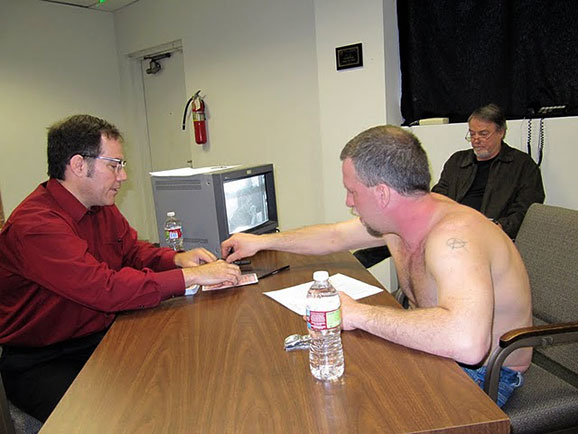 A telepath transmits playing cards to a friend in another room.

To help tip that scale a bit toward skepticism, I founded the Independent Investigations Group in 2000 by calling for volunteers who wanted to go beyond
just reading about paranormal claims and would rather actively participate in investigations and tests. CSI had access to some of the greatest skeptical
minds alive, so I thought it was time to add to our side’s power of inquiry. 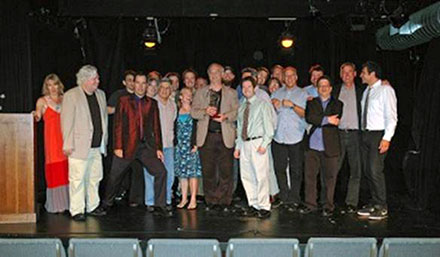 Joe Nickell is inducted into the IIG Hall of Honor.

Thirteen years later the IIG is—we believe—the largest paranormal investigations team in the world. With affiliate groups in several states and a Canadian
province, we are in the process of creating an international network of trained investigators who will not only look into paranormal, fringe science, and
extraordinary claims in their own regions, but also administer the IIG $50,000 Challenge. 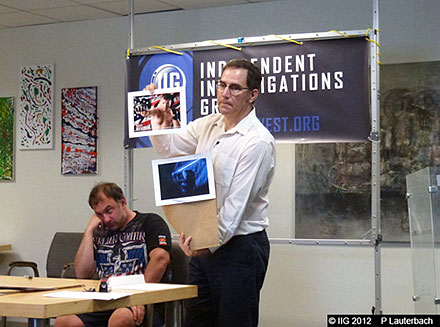 A $50,000 applicant watches the results of a envelope-matching test. (Photo by Paula Lauterbach)

The IIG $50,000 Challenge (obviously modeled after James Randi’s One Million Dollar Challenge) offers that sum to anyone who can prove paranormal ability
under controlled testing conditions. CSI, publisher of Skeptical Inquirer magazine, is now the underwriter of the IIG $50,000 Challenge. Anyone
may apply for the challenge. No prequalification is required. And in case you were wondering, no one has ever won the money, or even come close. 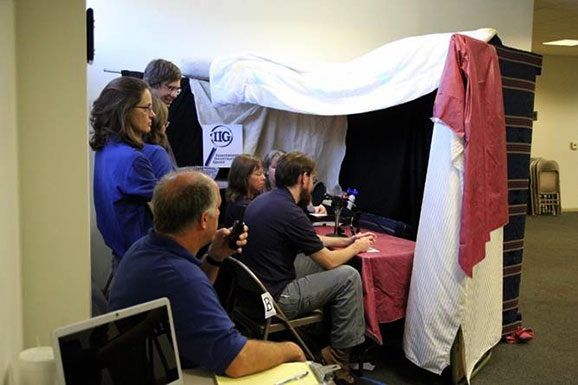 The “sending team” upstairs at CFI-L.A. during a test of a clairaudient.

Our decade-plus of activity has the IIG crossing paths with scores of interesting cases and tests and the characters associated with them. We’ve had
dowsers, telepaths, and a woman who claimed to be able to see into a human body, travel thousands of miles to fail epically at tests they themselves helped
design. We’ve hit the road to see haunted houses, alien skulls, perpetual motion machines, and the highest-paid mediums in the country (John Edward and
James Van Praagh). We’ve attended new-age fairs, psychic demonstrations, and both spoon-bending and remote-viewing classes. 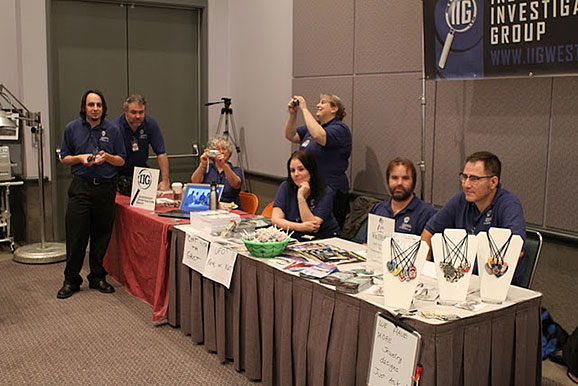 The IIG at a conference.

IIG representatives have spoken at many conferences and other gatherings all over the U.S., Canada, England, and even South Africa. We’ve been on Oprah, Dr. Phil, Miracle Detective, Weird or What, 1000 Ways to Lie, Penn and Teller’s Bullshit (twice), Midday L.A., Angels vs. Demons, The WGN Morning Show, History’s Mysteries, and many more shows, including countless
radio shows and podcasts.

In our off-duty hours many a friendship has been forged among group members.

In the future, we aim to cultivate and train groups all over the world to put wildly irrational claims to the test. No longer will a dinner party
disagreement about a paranormal claim have to end with, “Well, we’ll never know.” With competent investigators everywhere, no allegation need go untested
or unexamined.

If you are a science-minded skeptic interested in forming an IIG near you, contact Jim Underdown at the Center for Inquiry-Los Angeles at 323-666-9797 x
101 or write JimU@CFIWest.org. Also please visit www.IIGWest.org for more info about the group.

Jim Underdown is executive director of the Center for Inquiry–Los Angeles, and the founder of the Independent Investigations Group.