I wasn’t always a skeptical person. In the early 1990s, I believed that ghosts haunted people and places; there was a monster in Loch Ness, and Bigfoot lived in the woods of northern California. I spent my spare time visiting haunted houses with all the latest gadgets that I believed detected ghosts—or rather their “energy.” I had amassed a large collection of various paranormal-themed books; regional “Ghosts of [random city],” “Most haunted houses,” and “How to ghost hunt” volumes filled my shelves. I was neck-deep in metaphysical and belief-based knowledge. If it was a mystery, I was all over it. Looking back, I realize I was also a mystery-monger. I accepted claims at face value, promoting them to others without checking the validity of the information.

It wasn’t until a decade later that I developed an interest in skeptical literature, such as Skeptical Inquirer magazine. I was impressed (and fascinated) by the attention to detail in the articles; approaching each topic point-by-point, addressing each claim like I’ve never seen before. The authors didn’t just say the claims were wrong; they noted mistakes (and explained why they were mistakes), pointed out oversights, and separated fact from fiction/belief with logic and reason. As I began to understand how thorough the authors investigated various mysteries, I quickly learned a valuable lesson that would change my perspective: Always take a closer look.

It seems like an obvious approach—take a closer look at strange claims so you can figure out what caused it. To the “believer” I was, “taking a closer” look meant something different: it meant looking for any information that confirmed my belief while ignoring anything that would refute it. This is a cognitive bias known as confirmation bias, which is common within the paranormal community. Shahram Heshmat, PhD, an associate professor emeritus at the University of Illinois at Springfield, tells us that “confirmation bias occurs from the direct influence of desire on beliefs. When people would like a certain idea/concept to be true, they end up believing it to be true. They are motivated by wishful thinking. This error leads the individual to stop gathering information when the evidence gathered so far confirms the views (prejudices) one would like to be true. Once we have formed a view, we embrace information that confirms that view while ignoring, or rejecting, information that casts doubt on it” (Heshmat 2015).

Once I understood this concept, I changed the way I approached paranormal claims. I began looking deeper at the people promoting the claims, the details they were sharing, attributes of places where experiences took place. I also changed my perspective concerning the information that caused doubt; I quit ignoring it and embraced it. Once I did, I finally began solving mysteries.

The first major paranormal case I took a closer look at was a well-known haunted house called Whispers Estate, located in Mitchell, Indiana. For many years ghost hunters claimed they could hear a little girl named Rachael singing “Ring around the Rosie” in the front parlor. Rachael had died of injuries in the house from a fire she accidently started in the front parlor sometime in the early 1900s. What was unusual about this particular claim was one could hear the singing without any recording devices; you just needed your own ears. This is uncommon, since most ghostly voices come from EVP (electronic voice phenomenon) sessions, a method of recording oneself asking questions with short pauses between each, then looking for anomalous noises on the playback.

In July of 2010, I was able to spend a weekend at the house, along with a several ghost hunters who had experienced the singing phenomenon for themselves. I questioned the ghost hunters, asking for specifics of the “who, what, where, how, and why” of the claim. They clarified the singing could only be heard from the front parlor, specifically in the hallway between the parlor and the main staircase. The sound had a metallic echo to it, as if it was being sung through a metal tube. I had also learned the singing had stopped abruptly when the new owner had taken over. Although I had been hopeful to hear the ghostly tunes, I suspected a there was a more natural—and shady—explanation for the experience. It was time to take a closer look. 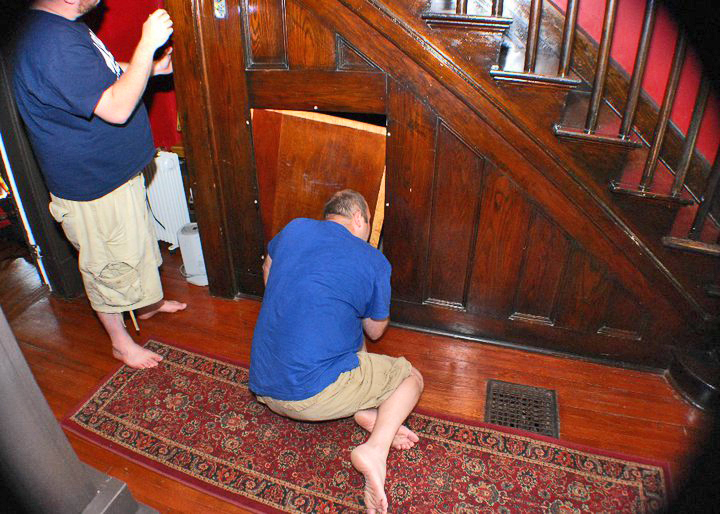 Figure 1 – Checking under the main staircase. Note the grate in the floor.

I started by simply standing in the hallway between the staircase and parlor, just looking at every detail in view and thinking about what wasn’t in view (a trick learned from Sherlock Holmes). I noticed an air vent grate in the floor and when I pointed a flashlight down into it I saw the crawl space under the house. There was no shaft connected to the grate; it was an open hole. I also noted one of the panels that enclosed the area under the staircase was different from the rest of the décor and was held in place with simple screws (which also didn’t match). I voiced my interest in taking a peek behind the panel but was hesitant in taking it apart. Luckily for me, the other ghost hunters had no such reservations and had removed the panel the next morning.

We found a large hole in the floor under the stairs, which was fitted with an aluminum shaft and open to the crawl space under the house. I made my way to the cellar, which was a single, small room with access to the crawl spaces. I climbed up the wall and crawled over to the hole, popping my head up through the opening. As I spoke with the other ghost hunters, I noticed a metallic echo from my own voice. With this detail and knowing there were two openings directly to the area where the singing was heard, I was becoming more convinced this spirit singing phenomenon was staged. I just needed one more piece of evidence: a mechanism that produced a ghostly voice.

And then I found it. Actually, I kicked it. As I crawled around, looking for more clues, I kicked something that was propped up against the support column next to where I was kneeling. It was covered in dust and dirt, which made it blend in with the brick column. Once I picked it up, I knew I solved the case: it was a Pioneer Bookshelf 25 watt speaker (Item Number 66698, Biddle 2010). The speaker was positioned between the big hole under the stairs and the smaller vent in the hallway. I found the speaker wires were laid against the columns and led straight back to the cellar room, where a bin of audio equipment was left behind by the previous owner (including the speaker’s mate). This wasn’t a discarded piece of trash thrown into a junk pile; it was deliberately placed there with the intention of being used. 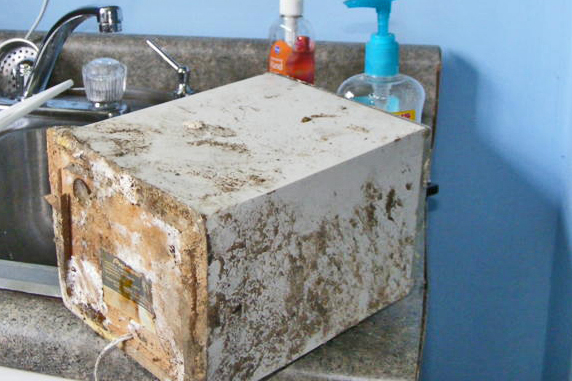 Figure 2 – The speaker I found in the basement under the staircase and vent.

This case showed me the importance of taking a closer look at the details. For many years, ghost hunters had visited the house and heard the singing, convinced they were hearing the disembodied voice of a genuine ghost. They believed it was true, partly because they already believed ghosts existed and could talk to us and partly because they just didn’t take a closer look. The claim was accepted at face value, and thus no further investigation was warranted: You don’t need to prove what you (think) you already know. Mysteries don’t get solved this way; instead they get perpetuated ad nauseam. Incidentally, the specific claim about the singing was removed from the Whispers Estate website soon after I posted my report (Whispers 2012).

Taking a closer look is at the core of what I do; it’s at the core of what skeptical and science writers do all over the world. It’s a basic idea that helps us learn, helps us understand—and in my experience, solves mysteries. When I was asked to write a column for the Center for Inquiry (CFI) website, I was beyond excited. It had been a goal of mine to write for CFI since picking up my first issue of Skeptical Inquirer. I was also perplexed for a bit; columns usually have a name. What would I call this? I wanted the title to reflect what I do but not be standoffish to those who hold paranormal beliefs close to their hearts. So, naturally I did what I always do; I took a closer look at the question.

Boom! “A Closer Look” sums up what I do, what all of the writers who contribute to the CFI website do; from seasoned investigators such as Joe Nickell and Ben Radford, to new contributors such as Mick West and Rob Palmer (both of whom you should follow). In future columns, I’ll be taking a closer look at a variety of strange claims; photos and videos of weird anomalies, gadgets that proclaim to detect or communicate with ghosts or aliens, and even cursed and haunted objects. I’ll take you along with me as I join ghost investigations, Bigfoot hunts, attend conferences and lectures about all things strange. You’ll be by my side as I conduct simple experiments that test those testable claims that come my way. We’ll take a closer look at the people, places, and experiences behind extraordinary claims and maybe we’ll solve some mysteries along the way.