Joe Nickell, PhD and senior research fellow at CSI, has been investigating strange mysteries, miracle claims, the paranormal, and occult activities for close to fifty years. Most know him for his work as a columnist in the Skeptical Inquirer science magazine and his books, which range from solving historical mysteries and examining questioned documents, to poetry anthologies, to a recipe book for mint juleps, and, of course, the paranormal.

If you are at all familiar with Joe, you know that he has many “personas” and has many, many different experiences that he has shared on his website www.joenickell.com. One aspect common to his life as well as his work: Joe is a hands-on investigator. Unlike many investigators of these mysteries, Joe has physically examined crucial evidence firsthand—whether looking at a haunted house in Connecticut, a Bigfoot sighting in Western New York, or the purported diary of Jack the Ripper. This, and his ability to not dismiss out of hand despite his years of experience, makes him a true investigator.

Timothy Binga: Joe, after working with you for almost twenty years, I find your “modus operandi” seems to be different than that of most people looking into paranormal phenomena. What do you think makes you different from these other investigators?

Joe Nickell: I think I bring to my work as an investigator two main motivations. The first stems from curiosity. I want to learn, for example, exactly what are the explanations for the alleged occurrences in a particular case that have prompted some belief. Secondly, I am convinced that a hands-on approach is essential to that end.

Take what has been called “America’s most haunted house,” the Myrtles Plantation in Louisiana. It is supposedly still home to a murderous slave named Chloe, who, it is said, sought revenge on her cruel master by poisoning his wife and their two daughters. Some “debunkers” would dismiss the haunting as folklore and reports of ghostly phenomena as misperceptions or outright falsehoods—having little patience for the facts. Investigate all you want, such dismissers say, and there still won’t be any ghosts. 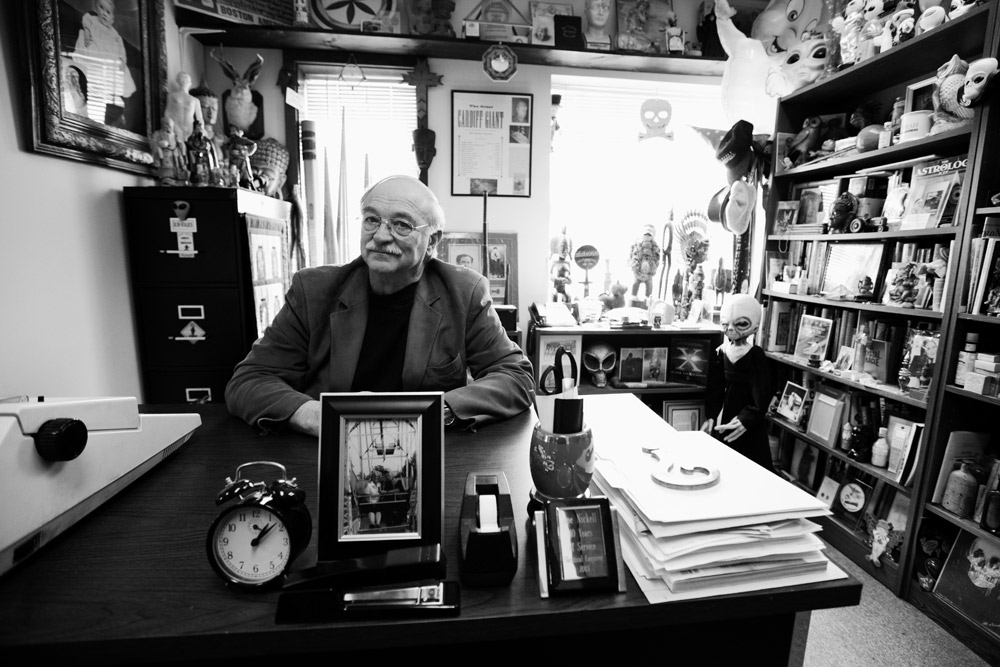 Binga: Tell us about your approach.

Nickell: If the question were simply “Do ghosts exist?,” then they are almost certainly correct. But I think their lack of curiosity prevents them from seeing the real question: What, in a given instance, causes people to think they are experiencing spirits? The debunkers—with their smarter-than-them attitude—speak only to their fellow doubters. They would apparently rather be right than effective. How much more likely they would be to convince others of the non-ghost probability if they actually learned the true facts in a case and could therefore teach—perhaps not to die-hard believers but the curious ones who are willing to listen and possibly have their minds changed.

Therefore, I accepted the invitation of the Discovery Channel in 2001 to spend a night alone in the old plantation house, and I also investigated the historical facts about the case. It turned out that “Chloe” never existed but was a product of fakelore (a writer’s creation). Moreover, the three who died at the Myrtles actually succumbed not to poison but to a yellow fever epidemic. The ghostly phenomena also yielded to investigation. For example, I found a loose shutter that could account for some mysterious banging noises at the site.

Binga: You have written about The Conjuring and Ed and Lorraine Warren many times over the years. You revisited these topics recently. Can you tell me about it?

Nickell: The Conjuring is a 2013 horror film based on a real family’s residence in a purportedly demon-plagued house in rural Rhode Island. Its tale is Hollywoodized from a trilogy by Andrea Perron, the eldest of five daughters of Roger and Caroline Perron, who lived in the eighteenth-century house for a decade, beginning in 1971. Although the alleged demonic activity was reported sporadically over the years, the movie sprang exaggerated horrors on a credulous public, yielding a major box-office success.

Meanwhile, Norma Sutcliffe has lived in the house with her husband Gerry for some three decades. They have had no trouble with demons, but the movie unleashed a “Conjuring-instigated siege of their property”—according to legal papers in their lawsuit against Warner Brothers. From harassing phone calls to unannounced visitors to Internet discussions about destroying the house because “it’s so full of evil,” the couple has suffered a loss of peace and quiet.

Binga: And you got further involved?

Nickell: Norma called me for help, and I set aside a week for a drive to Rhode Island to examine her restored house and property. I sought the real secrets behind phenomena the Perrons—egged on by the notorious “demonologist” Ed Warren and his “clairvoyant” wife Lorraine—attributed to demons. For example, the cellar door had repeatedly unlocked during the night or popped open to surprise someone who’d just walked by. Guided by Norma, I also toured the area, visiting old cemeteries and thumbing through town records to check numerous deaths reported to have occurred on the historic farm—for instance, a suicide by hanging in the barn attributed to a child-killing “witch” named Bathsheba.

How well do you think the facts supported the claims?

Binga: I’m going to go out on a limb and say you found no evidence for demons…. 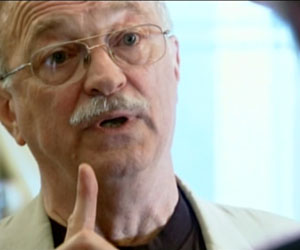 Nickell: Well, as it happened, Norma and Gerry also experienced the mysterious cellar door, but on examination they saw the cause: a warped door that kept the latch from fully engaging. Nighttime cooling of the woodwork and an easily depressed floorboard did the rest. After they fixed the problem—that “demon” went away!

I also learned that Bathsheba Sherman was no witch but a practicing Christian wife and mother. She killed no one, as far as any known records show, and not only never lived in the historic house but did not hang herself in the barn or anywhere else. She died of “paralysis” according to the official death record, corroborated in her obituary as “a sudden attack of paralysis”—almost certainly a stroke.

I have written a further article reporting on more of my findings (see the forthcoming November/December 2016 Skeptical Inquirer). The Perron case turns out to have been one of hysteria, misperceptions, exaggerations, and falsehoods. The lesson here is that “demons” are effectively dispelled by skepticism.

Binga: Regarding the Warrens, I know you have some personal history with them….

Nickell: Indeed! None of it pleasant.

The Warrens made something of a career of claiming to see and exorcise demons. Their modus operandi was to arrive—often uninvited—at the homes of “haunted” Catholic families and try to convince them that their “ghosts” or “poltergeists” were in fact demons. At some point the Warrens would suggest that lots of money could be made with book and movie deals; coauthors of the Warrens’ books have since told how they were encouraged to make things up so the books would be “scary.”

Roger Perron called the Warrens “a pair of two-bit charlatans.” I cannot disagree. I appeared with them on Sally Jesse Raphael for a pre-Halloween 1992 promotion of their book, with Allen and Carmen Snedecker, which was the basis for a hit film The Haunting in Connecticut. I found Ed Warren (now deceased) to be a belligerent and manipulative character who, backstage, swore like a sailor and was given to making veiled threats. If someone really could come back as a demon, Ed Warren would seem just the type.

Nickell: I might add, in summing up, that in nearly half a century of investigating paranormal claims, I have discovered a big secret: If you don’t believe in alien abductions, demon hauntings, or the like, you will apparently be quite safe; the entities aren’t attacking skeptics!

Tim Binga is director of Libraries and IT manager at the Center for Inquiry and an adjunct instructor at the University at Buffalo. He holds a master's degree in library science and dual B.A.’s in history and humanities. He has written for Skeptical Inquirer and Free Inquiry magazines and is a contributor to The Encyclopedia of Time (2009), the Dictionary of Early American Philosophers (2012), and the New Encyclopedia of Unbelief (2006). He is a passionate researcher and cataloger and has lectured on the RMS Titanic, digital libraries and R. V. Pierce.

Other Articles from Online Extras

“That Doesn’t Mean It Really Happened”: An Interview with Elizabeth Loftus