The New York Times Magazine has published a remarkable article by Kathryn Jezer-Morton: a letter of recommendation for ear candling. It is part of a regular series of “Letters of Recommendation” that the magazine publishes as “celebrations of objects and experiences that have been overlooked or underappreciated.” Jezer-Morton’s article is remarkable for providing insight into why people ignore science and do weird things. 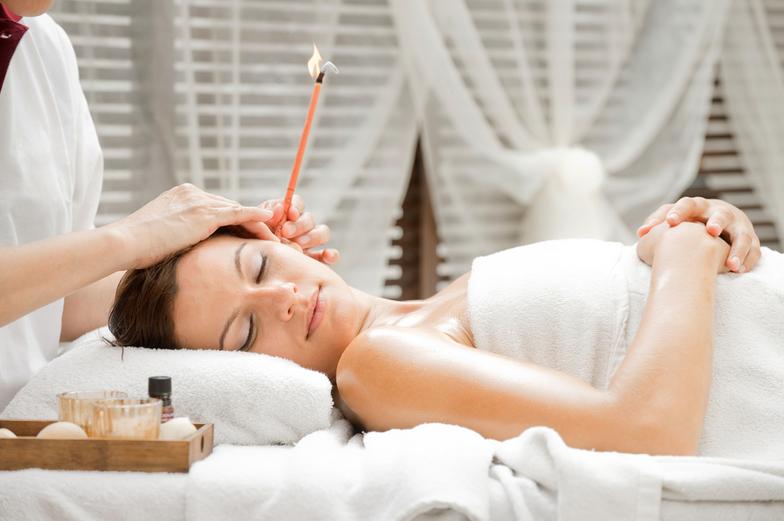 Ear candles are hollow fabric cylinders impregnated with beeswax. Users insert the small end into their ear canal and set fire to the outer end; the candle is burned for ten or fifteen minutes. Candling supposedly creates a vacuum that sucks earwax out of the ear canal. Users “know” this is true because when they open the used candle they can see the wax inside. It’s crumbly and earwax-colored, but it isn’t earwax; it’s residue from the candle itself. If users did a simple test, they would see that the same debris appears if they prop the candle in a drinking glass instead of inserting it in an ear. Scientific studies have shown that no vacuum is produced, and no earwax is removed. Moreover, it is dangerous. There are reports in the medical literature of burns, blockage of the ear canal, temporary hearing loss, infections of the external ear, and perforations of the eardrum that can be permanent. In one case, general anesthetic was required to remove a large mass of solidified yellow candle wax from deep in a woman’s ear canal. In at least two cases, users have set their houses on fire, with one case resulting in death.

Ear candling is performed in spas, by beauticians, and by alternative therapists, but most often by patients and their friends at home. Most users think ear candling just removes earwax, but some think it can relieve sinus pain, cure ear infections, treat tinnitus and vertigo, and even strengthen the brain!

I have long thought ear candling was one of the stupidest and most laughable oddities in alternative medicine. I did a double take when I saw that someone was recommending it in The New York Times Magazine. Didn’t she know the facts? It turns out she did; she says, “I believe the doctors. I really do. I swear.” And yet she chooses to keep doing it. She explains why.

She says clean ear canals feel good: “I’m pretty sure there’s a nerve connection between the inside of my ear canals and the part of my brain that causes me to involuntarily sigh with pleasure.” She reminds us about the warnings not to use Q-tips to remove earwax and asks, “if all ear-cleaning is technically bad for you, why not have some fun with it?” (Yes, Kathryn, but you are having fun with something that doesn’t clean ears.)

And it really is fun for her.

Late in every summer, a few of my old friends get together at my cabin in Vermont, and after the kids are in bed, we pour some wine and we ear-candle … making sure no errant bits of burning gauze ignite your hair or furniture…. Friends in proximity to a burning ear candle tend to slow down. Conversations become reflective. Smartphone screens remain dark. Having your ears candled engenders a state of relaxed focus, both on the flame burning mere inches away from your ear and on your friend’s presence beside you. When one of you is done having your ears candled, you can switch places. Like hair braiding or nail painting, ear candling is a ritual that forces a stillness, a momentary presence of mind that can elude friendships for weeks, if not months, at a time … a calm takes hold of the group.

She describes the soothing hiss of the candle burning, punctuated by occasional satisfying little pops, and how the smoke gently warms the ear. Then comes “the reveal,” where the gauze is unraveled and she and her friends share a collective gasp of exaggerated disgust at the residue. She considers it a pleasant experience with effects that are probably illusory but no less enjoyable as a result.

The Roman playwright Terence said “humani nihil a me alienum puto” which means “I am human, and nothing that is human is alien to me.” I try diligently to understand why other humans do weird things; I try to put myself in their shoes and try to get into their minds. I do understand the pleasure of stillness and relaxation, and I understand the strong appeal of a comforting familiar ritual shared with friends, but ear candles still seem pretty alien to me. Part of me understands why Kathryn does this, but another part of me wants to scream at her: “Why can’t you enjoy relaxing and spending time with your friends without having to stick a frigging candle in your ear?”

I actually own a package of ear candles that I received as a gag gift from a skeptical friend. I keep them as a reminder of the inexhaustible ability of the human mind to make things up and believe in them. No way am I ever going to put one in my ear.

Call me prejudiced … in favor of science and reality.