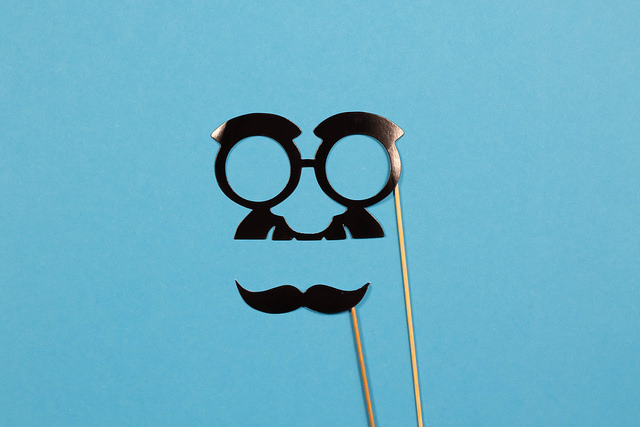 Is the world getting crazier? It seems so, but maybe I’m just more aware of the silliness. Here are just a few of the outlandish things I’ve run across recently.

The Mirror and several other news sources reported in January 2019 that a woman in Bath, England, named Jemima Packington can predict the future using asparagus. She is the world’s only “asparamancer.” She tosses spears of asparagus into the air and interprets how they land and claims to have made dozens of accurate predictions. She predicted two royal babies this year when the spears fell in the shape of a crown and two smaller spears pointed towards the crown. She explains, “My great aunt read tea leaves and I inherited her gift.” One wonders how the tea-leaf-reading genes managed to mutate into asparagus-reading genes.

In a follow-up article, the Mirror describes other wacky ways of divining your fortune, such as observing your cat (ailuromancy), examining old shoes, observing egg whites in boiling water (oomancy), navel gazing, opening a book to a random page, looking at the sediment in a glass of wine (oinomancy), studying the size of bubbles in urine (uromancy), and more. One of my favorites is rumpology, practiced by Sylvester Stallone’s astrologer mother, who reads buttocks by sight, touch, or bottom prints.

Divination has a long and venerable history. The Urim and the Thummim, mentioned in the Bible, were used in divination. In ancient China, yarrow stalks were used to generate numbers for the I Ching, and turtle plastrons were heated so the resulting cracks could be examined and interpreted. In ancient Rome, the haruspex examined entrails. If you want to know more, a Wikipedia article catalogs hundreds of methods of divination in an alphabetical listing. There are forty-one entries under the letter A alone. It is quite entertaining to read through the list. Spiders? Frogs? Thunder? Dominos? Rainwater? Rose petals? Speaking to the dead? Human ingenuity is endless. With so many methods to choose from, how could you decide which one to use? Don’t bother looking for controlled studies comparing the accuracy of different methods; there aren’t any. But they might be fun to do.

Of course, these methods are all just superstition. You might wonder how so many people came to believe in them. It’s not hard to understand. In the first place, the diviners use common sense; they have an idea which answers are desired and which are plausible. When something a diviner foretells comes to pass, it has a powerful impact. People remember the hits and forget the misses. Or they find excuses for why the prediction failed. A few successes are enough to outweigh many failures; they motivate people to keep coming back. And often the predictions are vague enough that the customers can identify something in their life that seems to fit. Two royal babies this year? Which country? What constitutes royal? How far down in the line of succession? If you look diligently enough, you’ll manage to find a couple of “royal” births this year. Or maybe she meant two babies born to families with the surname Royal. If you really want to believe, you’ll find a way to activate confirmation bias.

These are not new, but they’re still in the news. BuzzFeed recently declared that they ought to be banished because they are disgusting. They illustrated their point with several pictures. Click on the link and take a look; you will probably agree that they are disgusting. If you want to use the mucus, couldn’t it be collected and applied sans mollusk?

You can get a snail massage in Tokyo for $200. One person who tried it said, “I decided it might be preferable to another natural therapy—‘uguisu no fun,’ or nightingale feces facial, which has been around in Japan for centuries.” “No fun” is right!

Snail mucus is said to contain nutrients and antioxidants and to contribute to a youthful visage. The idea is far from new. Back in ancient Greece, Hippocrates used crushed snails and sour milk to treat skin inflammations. The mucus is apparently exuded when the snails are under stress. (Sounds like cruelty to animals; does the SPCA know about this?)

Could you do it yourself? Would the garden slugs from my yard do the job? Even in the best spas, with the cleanest snails, isn’t there a potential health hazard? Snails can carry bacteria, viruses, and parasites including a parasitic nematode known as rat lungworm.

There are no scientific studies showing benefits from snail facials. Snails are more appropriately used in gastronomy than in dermatology. I’ve eaten snails, but I’m not about to let them crawl around on my face. You may call me prejudiced if you like.

A man in Ireland went to the hospital with back pain. Doctors noticed that his forearm was red and swollen. He confessed that he had been injecting his own semen into his veins and muscles every month for the previous eighteen months to self-treat his back pain. The case report was published in the Irish Medical Journal with the title “‘Semenly’ Harmless Back Pain: an Unusual Presentation of a Subcutaneous Abscess.” It was the first reported case of semen injection for any purpose. The patient was treated with intravenous antibiotics but “discharged himself without availing of an incision and drainage.”

Where he got the idea that this would cure his back pain is unknown. I really would love to know what he was thinking.

You can get a snake venom facial in Beverly Hills in lieu of Botox. And of course, there’s vampire facials, which I wrote about recently. I’ve also written about drinking bat blood, cow therapy, peat bras and tampons, vaginal quackery, train track therapy, turpentine treatments, and the doctor who treats AIDS with goat milk.

There’s no end to the silliness, and nothing that people can’t be persuaded to try. But there’s a silver lining: all this silliness is highly entertaining. Just remember to laugh at the ideas, not at the people. Have empathy for the individuals who were doing the best they could but were the victims of misinformation and lacked education in critical thinking.