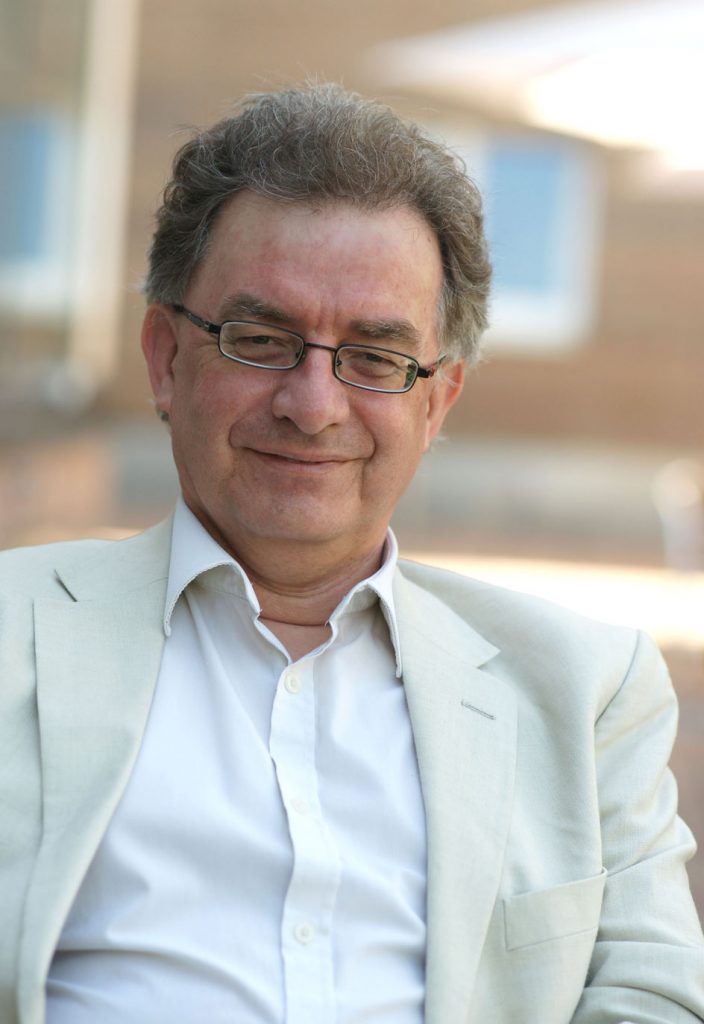 Chris French and I both know how we met—at a skeptical gathering—but neither of us remembers picky details like when. We know it must have been 1990ish, because he was one of the earliest subscribers to the UK’s The Skeptic, which I founded in 1987. In 2000, French took over editing the magazine in conjunction with a series of his students at Goldsmiths, University of London, where, as a psychology professor he runs the Anomalistic Psychology Research Unit (APRU).

French did not start out as a skeptic. Instead, like Sue Blackmore, another of Britain’s best-known skeptics, he began as a somewhat-believer. After completing his PhD (his dissertation was on EEGs and hemispheric differences), to make some extra money he taught adult education classes. He would begin these with a lecture on general psychology and then ask the class what they’d like to hear about. He would then research and write bespoke lectures on the subjects they requested, which sometimes included astrology or ESP. He winces now to recollect the credulity with which he researched those topics and the willingness to believe that he passed on to those students.

And then he read James Alcock’s Parapsychology: Science or Magic?, which led him to James Randi’s books and subscribing to Skeptical Inquirer. By the time he joined Goldsmiths in 1985, his views had shifted dramatically.

Pause for generational disconnect. Younger skeptics may find it hard to believe how difficult it was in the 1980s to be taken seriously as an academic psychologist if your research interests included the paranormal. It took French ten years to build up the reputation and confidence necessary to work up from occasional lectures on the skeptical perspective to begin teaching a module (to Americans a “course”) on what he, and others had begun to call “anomalistic psychology”—that is, belief in “weird stuff.” By then, he’d met fellow skeptics such as Ray Hyman (“He was so nice”), Sue Blackmore, and Richard Wiseman, who, a little way north at the University of Hertfordshire, was also engaged in building a reputation for studying the psychology of weird stuff.

“I wish I had made the decision earlier,” he says now. However, in 2000, when he set up APRU, he was told that his interest in anomalistic psychology would be tolerated as long as he also did “proper research.” Today, anomalistic psychology is respectable enough that he is spending this year on study leave to write a popular science book tentatively subtitled Why Weird Stuff Matters.

Much else has changed in those twenty years. For one thing, the focus of skepticism has broadened from paranormal phenomena and pseudoscience—astrology, ghosts, graphology, UFOs, medical quackery—to include almost any controversial claim. In part, this was a general push within skepticism (I became aware of it first in Michael Shermer’s Skeptic Magazine) toward broader critical thinking. For me, during my second two-year stint as our magazine’s editor, between 1998 and 2000, the reason was partly simple boredom. How many times can you rehash the same explanations of why astrology has no scientific basis?

For another thing, scientists have become much closer to the public, certainly in the United Kingdom, where there has been a sector-wide push for public engagement. Writing a Guardian column, as French did intermittently between 2009 and 2016, would likely have been unthinkable for a serious scientist in the 1970s. Now, academic scholars are expected to give public talks, lead workshops, and write press articles to gain attention for their work and justify its funding. APRU has grown up alongside this. The notion of a “unit” rather than a lone researcher helped raise the work’s apparent respectability, as did increasing awareness through publishing papers in mainstream journals and appearing at conferences. Even so, there remain limits. When French, Wiseman, and Stuart Ritchie decided to each independently try to replicate Cornell professor Daryl Bem’s claim to have proved the existence of precognition, the high-profile journals they approached quickly rejected their resulting paper. Who wants to publish a failure to replicate a claim? Posting the paper on PLoS One, where it has had nearly 49,000 views, has made French a fan of open access publishing.

Finally, the damage unfounded beliefs can cause has become clearer. Take, for example, hypnotic regression, which sounded kind of silly when applied to remembering past lives or alien abductions but which led to the destruction of families over false memories of child sexual abuse, or the ideomotor effect, which seemed a minor misunderstanding with respect to Ouija boards or dowsing but became highly damaging when turned into facilitated communication. “A knowledge of anomalistic psychology would have prevented cases like these,” French says. Similarly, it matters for combating “fake news” that the so-called “backfire effect” may be false; factual debunking does matter, as French learned from former student Rob Brotherton, author of the 2015 book Suspicions Minds.

Then he pauses to mention a party where a newly minted BSc told him, “You’ve really changed the way I think about things.” He got a brief kick from that, he says, and then panicked, the way we all do: “But I could be wrong!”

Wendy M. Grossman is an American freelance writer based in London. She is the founder of Britain's The Skeptic magazine, for which she served as editor from 1987-1989 and 1998-2000. For the last 30 years she has covered computers, freedom, and privacy for publications such as the Guardian, Scientific American, and New Scientist. She is a CSI Fellow.

Other Articles from Letter to America