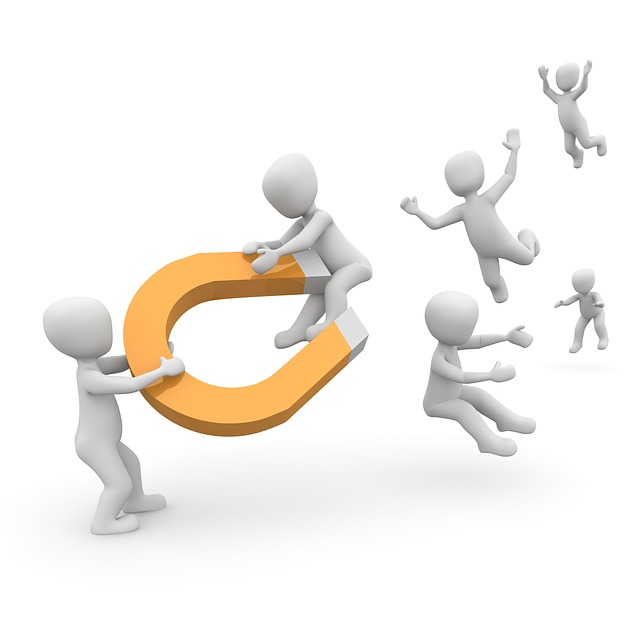 In a television interview, a practitioner of biomagnetic therapy claimed she had cured her own breast lump and the metastatic cancer of another person. I wonder how many viewers believed her. On the “official website” of biomagnetism therapy, http://biomagnetism.net/, they claim it is “the answer to ALL your health problems… an all-natural, non-invasive therapy proven to prevent, diagnose and treat countless diseases, chronic illnesses and degenerative health problems.”

Sound too good to be true? Of course it does! You are already skeptical. If you read further, you will become even more skeptical.

They tell us that medical biomagnetism, also called biomagnetic pair, uses magnets of medium intensity to equalize the organism’s pH level. It tells us illness can’t develop with a balanced pH level. It “uses pairs of magnets with opposite charges to depolarize areas in the body that are unbalanced due to pathogens or other factors that resonate energetically and vibrationally… it has the ability to diagnose the etiology and combat the real cause of the disease, especially viruses.” It can prevent diseases as well as heal them.

A Mexican doctor, Isaac Goiz Durán, discovered the principles behind this treatment twenty years ago when he cured an AIDS patient by putting magnets on his thymus gland and in his rectum. (I kid you not!) He explained that HIV virus in the rectum resonates with E. coli in the thymus to cause the collapse of the immune system. (Really? The whole immune system? Part of it? Which part? How does he know?) He says HIV thrives in an acid environment. (No, it doesn’t; it does not survive well if the pH is below 7 or 8.) He also says the bacteria thrives in an alkaline environment. (Also not true: E.coli thrives in a neutral or acidic environment.) He says the magnets neutralize the pH, which immediately eliminates the pathogens.

Proponents of medical biomagnetism make ridiculous claims about the specific effects of magnetic poles. The magnet’s north pole, for instance, provides a negative energetic charge that increases the alkaline level by reducing the concentration of hydrogen ions. Hmm, what do you suppose happens when the earth’s magnetic fields flip, as they do every few hundred thousand years, and the north pole becomes the south pole? They claim that with biomagnetic therapy, pathogenic viruses lose their genetic information and bacteria lose their alkaline environment needed by their metabolism to reproduce themselves.

They also claim that 20,000 doctors have used biomagnetic therapy to treat millions of patients worldwide; they provide a comprehensive list of diseases that have been treated with great success: everything from rheumatoid arthritis to cancer, from epilepsy to Alzheimer’s, from acne to diabetes, from colds to halitosis, from mumps to smallpox … you name it! They describe cases. They don’t describe a case where smallpox was treated; they couldn’t possibly do that, since the therapy was developed in the 1980s and the last case of smallpox anywhere in the world occurred in 1977 in Somalia.

Dr. Goiz did a half-assed “trial” of the method in Spain. The description is hilarious. He used a bogus test called “live cell analysis,” to verify the diagnosis; he held a patient’s heels and recited a mantra of possible pairs out loud, asking the body to respond; he could tell when the body responded because one leg became shorter than the other. Then he applied magnets and followed up with another bogus live cell analysis to confirm the cure. You, too, can cure people. You can buy the magnets, a pair-search computer program, and a training course with online videos.

All of this is just too silly! It’s an arrant pseudoscientific fantasy. Only a complete scientific illiterate would fall for this nonsense. It really isn’t worth the effort to point out what is wrong; it’s essentially all wrong. Diseases are not caused by pH imbalance; magnets don’t affect pH; the “negative and positive” magnetic poles do not attract negative and positive ions in the body. The strength of the magnets they use is far less than that of the typical refrigerator magnet and does not penetrate much beyond the skin. Of course the methods have never been properly tested, and there isn’t a shred of credible evidence that patients have actually benefited.

Magnets do have some legitimate uses in medicine. They are used for diagnostic imaging in MRI machines. Transcranial magnetic stimulation is being investigated for the treatment of depression and other conditions. Pulsed electromagnetic fields have been proven to promote bone healing in non-union fractures and failed fusions. But static (non-pulsed) magnetic fields are not effective.

Magnetic quackery abounds. Proponents claim that magnets attract the iron in hemoglobin and improve circulation. But the iron in hemoglobin is not in a ferromagnetic state, and tests have shown that if anything magnets very slightly repel red blood cells, and they do not increase blood flow. Think about it: if blood cells were attracted to the magnet, they would cluster close to the magnet instead of circulating. Magnets are big business: they put them in everything from bracelets to insoles, from back braces to mattress pads, and they sell them with false advertising and high prices. The article about magnet therapy on Quackwatch concludes: “There is no scientific basis to conclude that small, static magnets can relieve pain or influence the course of any disease. In fact, many of today’s products produce no significant magnetic field at or beneath the skin’s surface.”

I had a friend who used magnets for pain. I showed her evidence from scientific studies showing that they don’t work. She insisted that those studies were done on inferior products that don’t work but that the brand she used, Nikken, did work. I showed her a study that had been done on Nikken magnets showing they don’t work either. That didn’t change her mind. She is a highly intelligent, well-educated woman who is able to think critically about most things, but when it comes to alternative medicine, she consistently favors anecdote over evidence.

I once attended a free dinner with a presentation on magnetic mattress pads. The salesman repeated the myth about magnets attracting red blood cells, and I told him if that were true, when you had an MRI with far more powerful magnets, the blood would explode out through your skin. He said he wasn’t a scientist; he could only tell us what the scientists in his company said (in other words, “I can just ignore you”). He went on to tell the audience that the negative magnetism was stronger at night because the moon is out! I tried to point out his errors, but it did no good; most of the attendees eagerly signed up to buy his atrociously overpriced mattress pads.

It pains me to see misinformation such as this fed to gullible patients. Using biomagnetic therapy isn’t likely to harm patients physically, but it’s likely to harm their comprehension of science. It’s likely to waste their money, and it could delay getting treatments that do work. Perhaps the worst thing is that people who practice this therapy are deceiving themselves. They don’t understand science, and they mistake testimonials for evidence of efficacy. They don’t understand the need for controlled studies. They don’t understand placebo effects, suggestion, expectation, regression to the mean, the natural course of illness, and all the other things that can lead people to believe a bogus treatment works. It is particularly tragic that anyone trained as an MD could have such poor critical thinking skills and be misled by such egregious pseudoscience.