As the year 2012 came to an end, the skeptic world was watching keenly the irrational population to see how they would react when the much awaited end of
the world, as was supposedly predicted by Mayas for December 21, 2012, failed. In this apocalypse, the sun was believed to be aligned with the center of
the Milky Way for the first time in about 26,000 years. The believers of this apocalypse thought that gravitational, magnetic, and solar energies would go
awry when this galactic and planetary alignment occurred, causing an array of natural disasters,
including the weakening of our magnetic field, allowing solar radiation to penetrate our atmosphere. However, as that date reached and
passed without any such happening, it appeared that this was not another lesson to the many bigots who have been wasting their precious time predicting
illusions, and this also did not enlighten the irrational population of how they were wasting a lot of energy spending sleepless nights waiting for the end
of the world so they could go to heaven.

Whereas in many enlightened republics these kinds of fake predictions only lead to panic of the irrational people, the situation might not be the same in
other republics; and mostly those in which the population is highly superstitious like in Africa. We still cannot forget the incident of 2006 when the
believers of House of Yahweh predicted the end of the world. To start with, on September 12, 2006, the founder of the House of Yahweh, Pastor Yisrayl
Hawkins, announced the end of the world through nuclear wars. Sadly, the Kenyan branch of this religious cult strongly believed in this and started selling
their properties. They also went ahead and built mud banks where they stocked dry food and water to survive when the end of the world began. Some went to
the extent of withdrawing their children from school. When this prophecy failed, many people who were previously wealthy become poor, and their children
who would have had good educations faced a bleak future because some religious leaders had duped their parents. Is this really humane?

Of course, this has been the sole reason why humanists in Africa have put anti-superstition campaigns as one of their top priorities. Not only has
superstition caused people to lose property and given the youths a bleak future, but it has also made people lose their lives. Right now, the main
challenge in Sub-Saharan Africa is HIV/AIDS. The statistics show that about 22.5 million people live with the disease; of these, 2.3 million are children.
However, the current trend is that most religious people have taken advantage of this scourge in many parts of Africa and are organizing healing campaigns
to heal diseases such as HIV/AIDS. Sadly, after such healings, most HIV/AIDS victims leave contented that they have been healed of HIV/AIDS and the result
is that they throw the antiretroviral drugs in the pit latrines. Later, when they realize that they were duped, it is too late. This has resulted in the
deaths of many people who would have otherwise been helped to live longer lives.

In the rural areas of Africa, the loss of lives of these people to HIV/AIDS—who would have otherwise led longer lives to bring up a potential
generation—have resulted in many orphans being left behind without a future. Many schools in the rural areas have experienced declines in pupils because
these children have no one to continue educating them.

This is why, with support from CFI–Transnational in our Anti-Superstition Campaign, we launched Support a Humanist Orphan. The aim of Support a Humanist Orphan is to help children in the rural areas of Africa who have been victims of misfortunes caused by irrational
thought. So far we have eleven orphans, and we have taken care of their education and other supplementary needs.

In the year 2012, we interacted a lot with the humanist orphans. We started on a high note by giving them the best we could to make them get educated. As
such we went ahead and took their measurements for uniform sizes. Here, we measured the sizes of the eleven orphans and bought them uniforms. 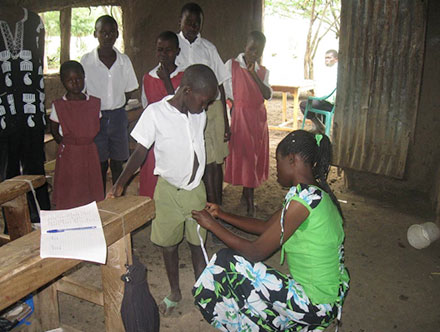 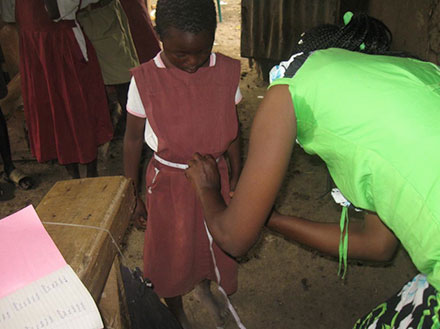 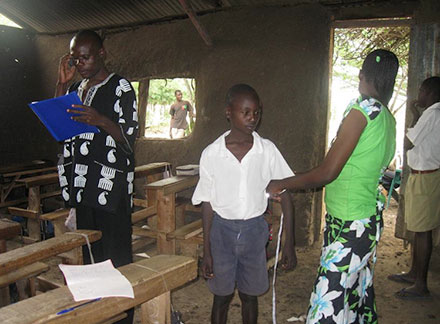 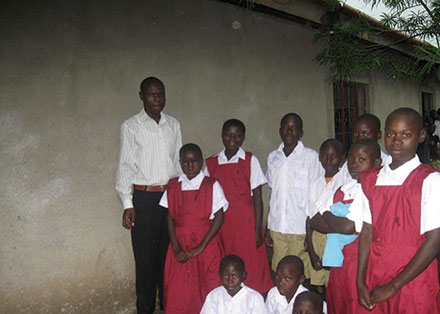 George Ongere and the humanist orphans in their new uniforms 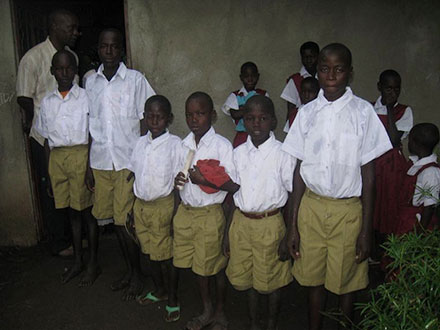 The male pupils in their new uniforms 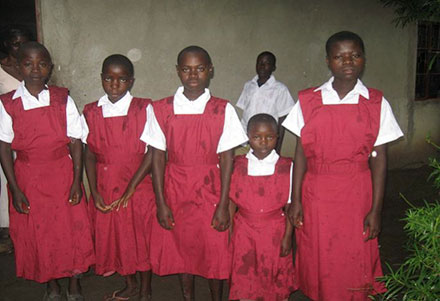 The female pupils in their new uniforms

Apart from the uniforms, we went ahead and interacted with the orphans and the distant relatives who host them to find out how they were organized in terms
of food and shelter, and we saw the need to supplement when we had the resources. For example, we organized and distributed some food items to them and the
relatives who had taken the task of taking care of them.

As humanists in Africa, we cannot sit back and relax and watch the gagging of the future generation simply because people have refused to think critically.
The old society tried to chain us in superstition, but this is the time to break the chains. When we sponsor these children, we stand the chance of
becoming louder voices in the rural schools and instilling critical thinking from a lower level of academia. This is where the seed grows stronger roots. 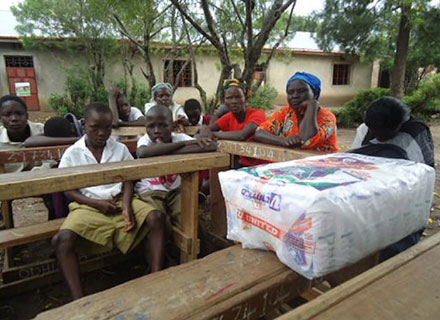 Humanist orphans and some representatives of the distant relatives 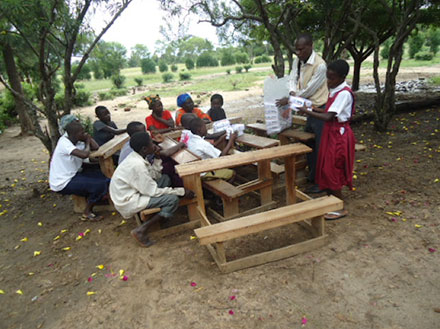 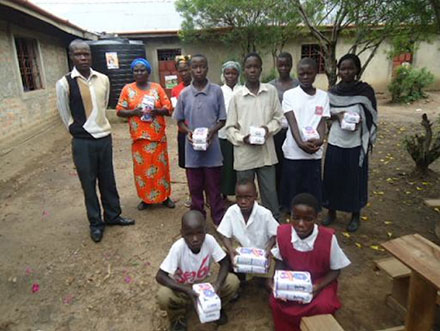 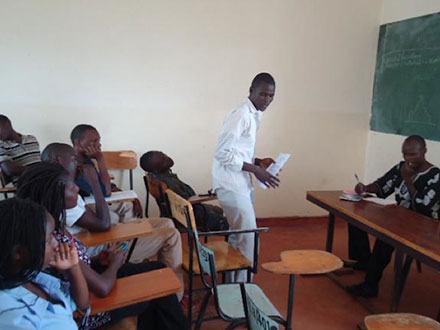 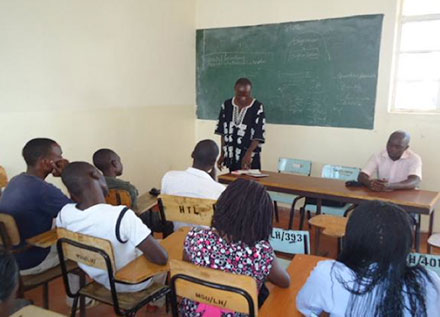 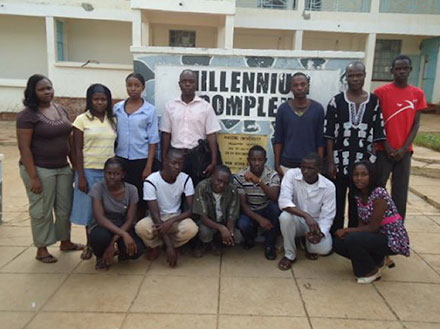 Some members of Maseno Freethinkers

Our plan is that once we have captured the six major public universities in Kenya, we shall launch a national campaign against the dogmas that have held
the society back. We shall hold public functions and debates where we shall have attendance from the entire student body all over Kenya and campaign
against superstition. We will campaign against the witchcraft hunting that has left many old people dead through lynching. We will show the public that
some superstitions held are a danger to the albinos: over fifty albinos are dead because fishermen believe their hair accrues large harvests of fish. We
shall advocate for the rights of the children to influence other African nations like Nigeria where the future of the children is bleak because the
population believes some children are witches and cast spells on the society. We believe this will also go a long way in inspiring nations that still think
that children born with HIV/AIDS contain demons and are therefore hacked to death.

Just as Leo Igwe, the former director of CFI/Nigeria would say, “At the end of the day, reason shall prevail.” We believe with our efforts, reason shall
prevail.