In a recent article in The New York Times, pediatrician Aaron Carroll asks us to rethink our biases against chiropractors when it comes to treating bad backs. He points out that lower back pain is a common problem that usually resolves over time, and that interventions that focus on relief of symptoms and allow the body to heal are ideal. He claims that spinal manipulation therapy (SMT) is as effective as medical therapies and as safe, if not safer.

There is a remarkable disconnect between compelling anecdotal evidence and controlled scientific studies. Chiropractors and patients are convinced that SMT works because they have seen it work. I have seen it work too. I watched a patient hobble painfully into the exam room, barely able to walk and complaining of excruciating pain. A few minutes later, after spinal manipulation by a physical therapist, he was standing tall, walking normally, and reporting complete relief of his pain. Yet when controlled scientific studies are done, they find little evidence of effectiveness. One study found that SMT was no more effective than giving the patient a pamphlet on back care. A Cochrane review found that SMT was no better than sham interventions. The most favorable systematic review found an improvement in pain, but only of about 10 points on a 100-point scale. So what’s going on here?

I suspect the explanation for the disconnect is that sometimes SMT can provide instant relief, but it doesn’t last. When the studies look at final outcomes after a period of time, they don’t find any difference. Not every patient will respond, and we have no way of predicting who will benefit. Skeptical chiropractor Sam Homola used to tell his patients he didn’t know if manipulation would help them, but he would try it for 3 visits; if there was no improvement by the third treatment, he would stop. 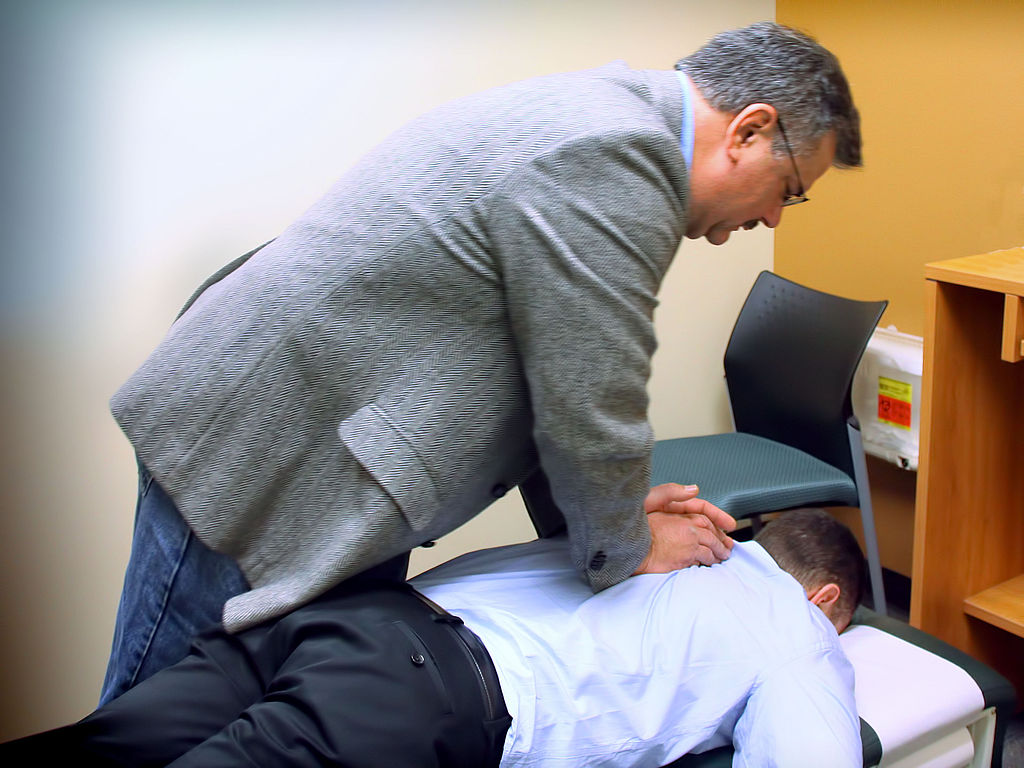 With that in mind, I think SMT is a reasonable option for patients to try if they like the hands-on approach, don’t mind multiple visits to the provider, and prefer not to take pills. It might provide temporary relief earlier in the course of the episode for some patients. But I could not in good conscience refer a patient to a chiropractor. Let me explain why.

If patients are referred to a chiropractor for SMT for low back pain, there is a chance they will assume that all chiropractic treatments are effective, and they may return to the chiropractor for neck manipulations, which are usually ineffective and carry a small risk of stroke or death.

While some rational chiropractors such as Sam Homola have tried to limit their practice to short-term treatment of musculoskeletal conditions, a substantial percentage of chiropractors claim that SMT also works for conditions such as infantile colic, painful periods, asthma, gastrointestinal problems, and more. Those claims are not supported by any credible scientific evidence. Some chiropractors try to dissuade patients from conventional medical care, even pretending they are qualified to act as the patient’s family doctor. They aren’t.

According to their own studies, less than half of chiropractors support immunization. Some even reject the germ theory of disease. A chiropractor once told me “Germs don’t cause disease; if they did, we’d all be dead.” He believed germs couldn’t affect him as long as his spine was in proper alignment.

Between 37 to 43 percent of American chiropractors report using applied kinesiology, a bogus muscle testing procedure. Chiropractors who are not well-grounded in science are susceptible to adopting every new quackery that comes down the pike. I think of them as quack magnets. To list just a few of the many, many bogus tests and treatments offered by some chiropractors: live cell analysis, computerized “nutrient deficiency” testing, iridology, homeopathy, acupuncture, chelation therapy, colonic irrigation, craniosacral therapy, and neural organization technique. Some chiropractors sell homeopathic remedies and dietary supplements out of their offices. Some offer useless lifelong “maintenance adjustments” and “preventive adjustments.”

If you choose a chiropractor at random out of the phone book, there’s a good chance you will get one who discourages immunizations and subscribes to every kind of woo-woo. Quackwatch and Chirobase offer tips on how to choose a chiropractor. Basically, you should look for one who:

Good luck finding one who meets these criteria! I haven’t been able to find one in my local area.

Contrary to what Carroll says, spinal manipulation is not entirely harmless. Patients may not voluntarily report adverse effects to the chiropractor, but meticulous studies have shown that in at least a third of patients side effects occur, including pain, tiredness, or headache. These effects are usually mild and short-lasting, but in one study, 14 percent of patients reported that their ability to work was impaired. Serious consequences such as broken bones, vascular and spinal cord injuries, and ruptured discs have been reported, but admittedly these are rare and are more common with neck manipulation than with lower back manipulation.

Dr. Carroll wants doctors to consult chiropractors because “the ideal approach is to treat the symptoms and let the body heal. Noninvasive therapies seem to do that well enough.” I agree, but I don’t see that as a reason to see a chiropractor or to choose a chiropractor over a physical therapist for SMT. Here’s a novel thought: What if we let the body heal without even trying to treat the symptoms? We don’t necessarily have to treat every symptom. The symptoms of a cold will go away in a week with or without treatment, and any treatment that has symptom-relieving effects is also likely to have side effects. What if the doctor reassured the patient that nothing serious was going on, that it was only garden variety low back pain that wouldn’t last long, and that one option was to tolerate it rather than to treat it. We don’t know what causes low back pain but we do know it usually goes away on its own without any treatment, and the unfortunate truth is that none of the treatments in the medical armamentarium is likely to make much difference. What if doctors didn’t automatically reach for a prescription pad or a referral slip? What if they provided a reality check, reassurance, sympathy, caring, and moral support, and gave patients the option to tough it out and keep as physically active as they can tolerate while waiting for the pain to subside? If patients insisted on the doctor “doing something,” he could suggest some simple comfort measures to try, while making it clear that they would not alter the course of the illness. He could give the patient advice about how to tolerate the symptoms rather than vainly trying to abolish them. That would be a safe, natural approach with no side effects and minimal cost.

Dr. Carroll asks us to rethink our biases against chiropractors. I am not biased against SMT, but I admit to a strong bias against chiropractic; and I have good reasons to be biased. Chiropractic and osteopathy were both prescientific medical systems based on manual therapy; schools of osteopathy adapted, and today they provide a science-based education equivalent to that of medical schools. Schools of chiropractic did not adapt, and it is hard to justify the persistence of chiropractic in today’s world, where science-based physical therapists and DOs can offer SMT without the accompanying baggage of chiropractic pseudoscientific nonsense. Carroll should have warned readers about the possible consequences of falling into the hands of a chiropractor who subscribes to all kinds of woo-woo and will do more harm than good.

In considering the pros and cons of chiropractors, remember that some chiropractors are pros who are skilled at SMT and use it appropriately, while others are cons who have adopted all kinds of bogus practices. It was irresponsible of Carroll to advocate treatment by chiropractors without making that clear. In fact, none of the arguments he makes for chiropractic support chiropractic at all; they only support SMT. The New York Times has done its readers a disservice by publishing his article.