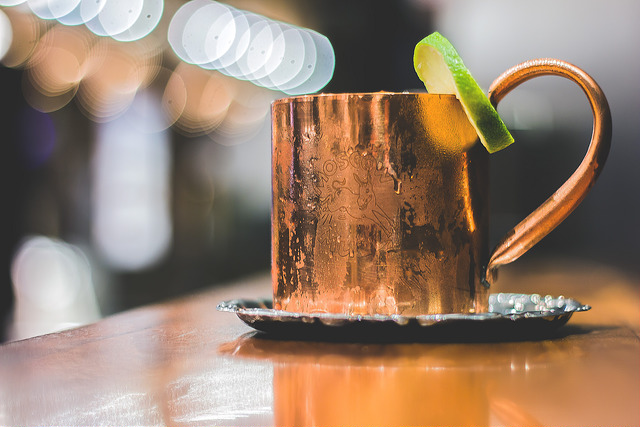 Copper bracelets have been used for centuries in folk medicine. They allegedly reduce the joint pain and stiffness associated with arthritis, and wearing copper on the wrist supposedly benefits all joints in the body. There are claims that copper has anti-inflammatory and antioxidant properties. The copper from the bracelets is said to be absorbed through the skin through a process called transdermal micronutrition.

Some copper bracelets are also magnetic; apparently two placebos are better than one! Prices range from around $10 to over $500. Several websites recommend them because even though they’re not evidence based, they are harmless and might help patients through suggestion.

We can’t live without copper. It is an essential trace nutrient. It is found in a respiratory enzyme complex common to all plants and animals. It is a component of human liver, muscle, and bone. People normally get the trace amounts of copper they need from their food. Foods that are high in copper include liver, shellfish, whole grains, beans, nuts, potatoes, leafy greens, dried fruits, cocoa, black pepper, and yeast. Some water supplies have high levels of copper that can add up to 45 percent more copper than is obtained through diet. There is copper in tobacco smoke; it is absorbed into the body but doesn’t appear to cause any adverse health effects.

Copper deficiency is rare, usually related to gastrointestinal surgery such as gastric bypass. Acute copper toxicity can cause symptoms such as vomiting and jaundice; long-term exposure can cause liver or kidney damage. There is a hereditary condition, Wilson’s disease, where the body retains copper. Patients can develop liver disease and neuropsychiatric symptoms, and they often have a characteristic brown ring around the cornea known as a Kaiser-Fleischer ring.

So copper is good for most people most of the time. But alarmist warnings about copper have been circulating recently in the media, centered around Moscow Mules, a popular drink made with ginger beer, vodka, and lime juice and traditionally served in a copper mug.

Copper has long been used in cookware. It is generally safe, although there are warnings about not cooking or storing highly acidic foods in copper vessels for long periods. Since there is acidic lime juice in Moscow mules, they have come under suspicion. Fox news warns, “The iconic Moscow mule copper mug may be poisoning drinkers.” They report that the Iowa Alcoholic Beverages Division says it could result in food poisoning or copper poisoning, which can cause diarrhea, vomiting, and jaundice. They recommend only using copper mugs that are lined with another metal such as stainless steel or nickel. The Hill repeated the same warnings. CBS News also repeated the same warnings. Even the LA Times chimed in, with the headline “Moscow mule warning: Copper mugs might be toxic.”

These concerns are nothing new. Since 1997, the FDA code has prohibited food or drink with pH levels of below 6 coming in contact with copper at licensed premises such as bars or restaurants. Exposure to either copper containers or copper plumbing could conceivably cause problems.

Snopes evaluated the media warnings and consulted experts at the CDC and rated the claim as “a mixture” of true and false. They pointed out that the rate at which copper leaches into drinks of various acidity is undetermined. It’s far from clear how long a cocktail would have to sit in a copper mug or how many Moscow mules a person would have to drink to experience problems. They quoted one expert who said, “Long before you reach the highest levels [of copper in a beverage], the drink gets a metallic taste, so this is really a warning that there’s too much copper in the drink.

Finally, HuffPost chimed in with an article titled “Chemist Debunks That Nasty Rumor About Moscow Mule Mugs Being Poisonous.”

Trisha Andrew, assistant professor of chemistry and chemical engineering at UMass Amherst, characterized the press warnings as “chemophobic fear-mongering.” Copper does leach from the container into the drink, but based on what we know about dissolution rates, you would have to let the copper mug sit in straight lime juice for a few hours before you can even start to begin to worry about copper poisoning. Even drinking a liter of Moscow mules from pure copper mugs would not come close to the 30 mg per liter concentration that has been noticed to cause nausea in a small population of test subjects. She concludes, “Now, go ahead and enjoy yourself another round of Moscow mules. You deserve it after all this copper poisoning anxiety.”