A baby screams nonstop for five hours. Her daycare attendant, crazed with frustration and fatigue, shakes the baby, trying to shock her into silence. The next day, the infant dies of brain damage. Months later, the caregiver is sent to prison for twenty years, to screams of victory from the grieving family. But none of it is true. The baby was never shaken, the injuries to her brain were from an unrelated illness, and the caregiver remains in prison, unjustly convicted of a crime she didn’t commit.

Or that’s the story the makers of the film The Syndrome believe. Investigative reporter Susan Goldsmith and her cousin Meryl Goldsmith (the film’s director) weave a tale of many families who have been torn apart by wrongful accusations and imprisonment. Shaken baby syndrome, they say, doesn’t exist. 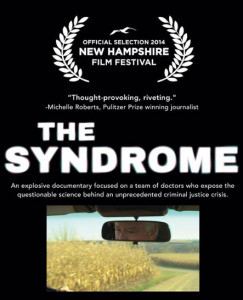 I caught The Syndrome at the Cinema at the Edge festival in Santa Monica, California, this spring. It has since been making the rounds to art-house cinemas across the country. At last count, it has been featured at twelve festivals.

The Syndrome is nothing if not brave. It goes up against the established science with a fervor and certainty that it’s difficult not to admire. The filmmakers clearly believe in what they are doing and, given the massive medical field they are up against, they haven’t got much to gain. Even as I went in skeptical of their premise, I was impressed by their dedication to their cause. Only a handful of people showed up to the screening, yet the filmmakers were on hand to passionately answer questions, from the blunt and critical (mine) to the glowingly supportive (everyone else’s).

For the most part, medical professionals agree that Shaken Baby Syndrome, now commonly referred to as “abusive head trauma,” exists. The American Association of Neurological Surgeons, the National Institute of Health, the Center for Disease Control, and the American Academy of Pediatrics all agree that the syndrome exists and is a wide societal problem. As the AAP puts it:

The existence of AHT in infants and young children is a settled scientific fact. The scientific support for the diagnosis of AHT comes from over 40 years of research in a broad array of clinical and basic science disciplines, including pediatrics, neurosciences, ophthalmology, orthopaedics, radiology, pathology, epidemiology, and biomechanics.

But, as the film is quick to point out, established science can be wrong, and scientists can be misled. It is up to us, then, to determine what counter-evidence would constitute a true challenge to the medical field’s expertise on the issue. In other words, is there something so suspicious about Abusive Head Trauma, that we should question its very existence, and our doctors’ expertise about it?

There are seemingly reasonable medical experts and journalists who question the diagnosis. In March of this year, The Washington Post printed an overview of the controversy surrounding it, summing up:

The challenges have come from doctors and scientists worldwide, including a forensic neuropathologist in Illinois, an ophthalmologist in Colorado, a radiologist in Pennsylvania, a physicist in Idaho, a forensic pathologist in North Carolina, a neurosurgeon in the District and several doctors in Britain, Sweden, Hong Kong and Argentina.

Although they are outnumbered by the doctors who support the science, those who challenge it are gathering strength.

So, what does The Syndrome offer to that dialogue? For the most part, it relies on individual stories of allegedly false convictions. The stories are truly heartbreaking, and assuming even one of them is true, it reveals at the very least a problem in properly diagnosing Traumatic Head Injury, and perhaps a propensity to jump to that conclusion first. As Dean Tong, a certified forensics consultant who has worked on Shaken Baby cases told me via email, “Oftentimes the same hospital staff [that diagnoses Shaken Baby Syndrome] will not look for alternative hypotheses and explanations for what’s going on with the child.” Ryan Steinbeigle of the National Center on Shaken Baby Syndrome counters that while wrongful convictions are always possible, “I don’t think wrongful convictions in any way reflect the soundness of the science supporting the diagnosis of SBS/AHT or of physicians’ ability to distinguish injuries due to abusive or non-abusive causes.” 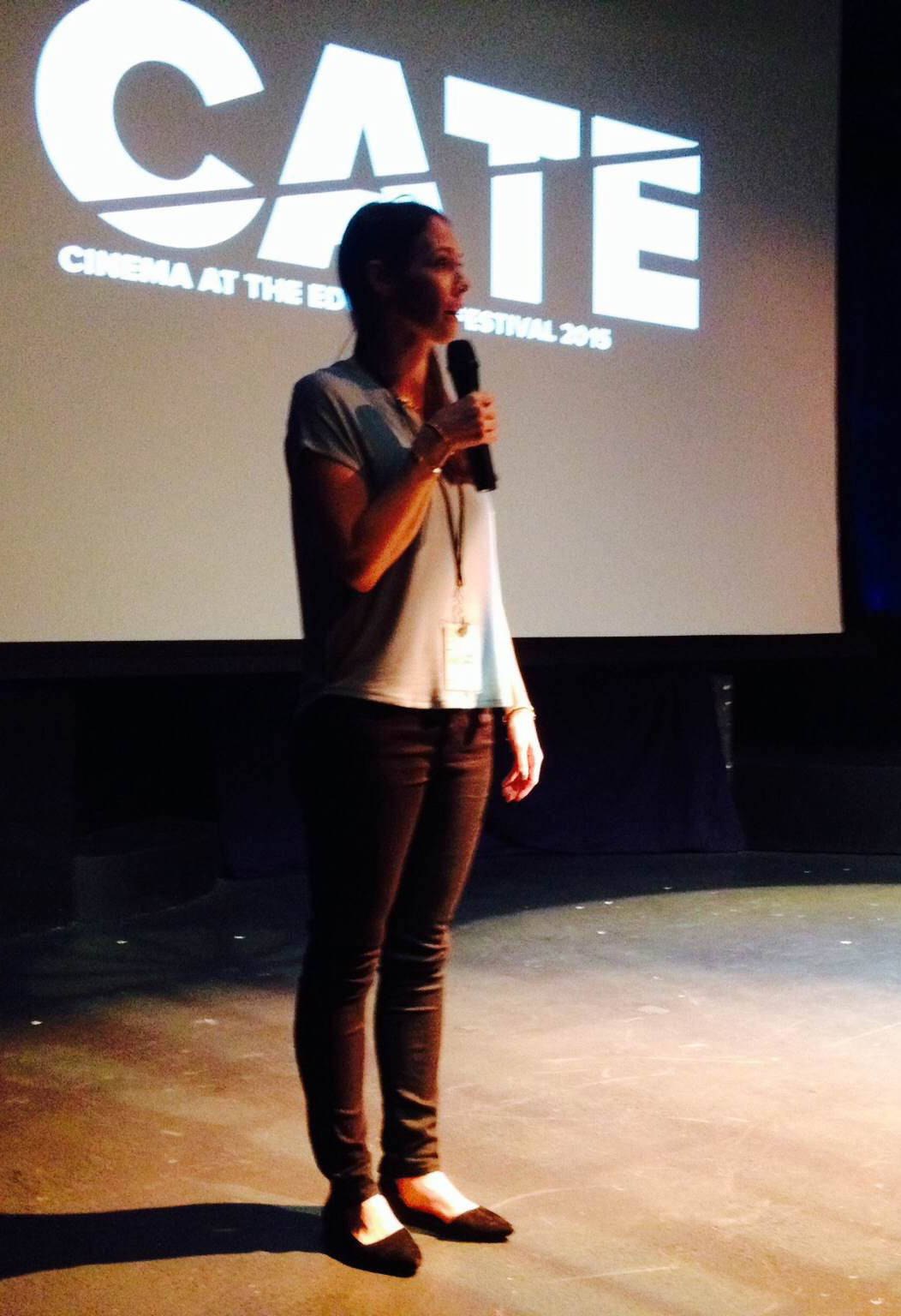 The Goldsmiths disagree. At the close of the film, Susan Goldsmith mentioned two studies that I would hear about in many of my interviews for this article. Those studies are thought to be the SBS-skeptics’ silver bullet. The first is a 1987 study published in the Journal of Neurosurgery, in which the researchers tested exactly how strong a person would have to shake a baby to induce the injuries associated with Traumatic Head Injury. They built infant dummies with different types of neck structures, explaining, “the mechanical properties [of an infant’s head and neck] have not been studied, [so] three models were built.” This alone might raise eyebrows, since the models were based largely on guesswork. Then various volunteers shook the models, activating a motion and impact sensor that determined whether a person could shake hard enough to injury a baby’s brain (and still not break her neck). They concluded, “Based on these observations, we believe that shaking alone does not produce the shaken baby syndrome.” In 2011, new infant autopsies showed that in fact, this is partly true: neck injuries probably play a lot larger of a role in deaths from shaking, but that doesn’t lessen the reality of the diagnosis, because some neck injuries in babies are hard to spot, including severing the delicate nerves to the head. The second study often cited by SBS skeptics is a 2005 study showing that shaking would break the child’s neck before it would damage her brain. The study was roundly discredited when the calculations were shown to be significantly flawed.

The Syndrome also calls into question the experts who have brought Shaken Baby Syndrome to the public consciousness: Dr. David Chadwick, Dr. Robert Reece, and Dr. Carol Jenny. The filmmakers call the doctors’ credibility into question when they point out that the very same doctors were behind the “Satanic Panic” of the 1980s, in which children were seemingly implanted with false memories and testimonies of being ritually abused (typically sexually abused) by preschool teachers, parents, and other adults. I contacted the doctors and asked each how we can trust their expertise after their prior support for accusations of Satanic Ritual Abuse. And they all responded the same: “What support?”

Dr. Jenny says she has never written or spoken in support of such allegations. In fact, she points out she is currently working on the defense side of an entity being sued for alleged ritual abuse. Dr. Chadwick likewise denies ever supporting the diagnosis, and pointed out that during his tenure as the director of Center for Child Protection at the Children’s Hospital in San Diego, no children were diagnosed as Satanic abuse victims, and that the diagnosis was not even recognized by his outfit. Reece, mystified by the claim, wrote me, “I can’t remember ever being involved in a case of satanic ritual abuse and have never written about it. How the makers of the video came to this conclusion is a mystery to me.” The filmmakers declined to provide me with proof of their claims regarding the doctors promoting Satanic Panic, despite several attempts.

The Goldsmiths also claim that all three doctors refused to provide interviews for the film, as did the National Center on Shaken Baby Syndrome, which was “threatening to sue” the filmmakers and any festivals showing the film. Center reps, as well as each doctor, deny ever being contacted. The filmmakers could only provide one email to document their claim: a single email from one of the doctors, declining an interview for a vaguely-described “video” on Shaken Baby Syndrome. As for the purported lawsuit threat, the only letter the Center sent to festivals showing The Syndrome asked them to reconsider the screening, or “to work with our agency to provide accurate medical and public health information during your festival to communicate the medical realities of SBS/AHT.” The filmmakers have not responded to requests for comment on this issue.

With the world’s renewed interest in Shaken Baby Syndrome and potentially false accusations, an even-handed documentary examining the syndrome, its symptoms, its limitations, and its potential for misdiagnosis would be welcome. But this is not that movie. In an attempt to discredit the science, and the researchers who promote it, the filmmakers manage to discredit themselves, and the investigatory work they took years to undertake.