This October, Dr. Eugenie Scott, head of the National Center for Science Education, will speak at the much-anticipated CSICon 2012 in Nashville, Tennessee. She’ll be focusing on the anti-science initiatives now rampaging their way into Tennessee schools, and I wanted to get some perspective from her about where all this troubling activity is leading, and what’s behind it all. She was kind enough to take the time to have the following exchange with me. 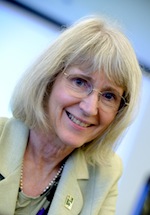 If you want to see Dr. Scott’s presentation, make sure you register now for CSICon 2012!

PF: I know that I’m kind of delighted that we’re having this conference full of skeptics in Tennessee, where there’s an alarming amount of anti-science legislation and posturing happening in the political realm in regards to education. As you know, the latest trouble came in the form of a bill that encourages public school teachers to lay out so-called “strengths and weaknesses” in widely-accepted scientific topics such as evolution and climate change, which are of course a wink and a nudge to allow the teaching of creationism, intelligent design, climate denialism, and other such things.

But it almost feels like we’ve done all this already. I know I naively allowed myself to think that this kind of battle was essentially old news after the famous case in Dover, PA — that the intelligent design folks and creationists were, in a sense, laughed off the scene. But here we are again, but in Tennessee. How is it for you, as an activist fighting for real standards in science education, to find us still dealing with this kind of situation?

ES: Well, if I didn't have a overdeveloped sense of optimism, I could never have worked at this job as long as I have. So maybe it's my own personal character flaw in this regard, but I'm not disheartened. Also given my experience, I am not surprised we're still dealing with attacks on evolution: It is a topic that generates a great deal of emotion, and that can prevent people from listening to the scientific evidence.

Actually, this is not your grandfather's creationism. We have been tracking these "Academic Freedom Act" types of bills since about 2004, and they do provide a somewhat different approach than what was going on in Dover, Pennsylvania.

The Tennessee bill is worrisome because it so carefully avoids religion; it never mentions creationism or intelligent design. The approach is to treat evolution (and global warming and the other laundry list of subjects) as "controversial subjects" that need to be singled out for special treatment in the curriculum. Teachers are directed to teach the "strengths and weaknesses" of the subjects, as if they were topics that were of questionable validity in science. They may be controversial to the general public, but they certainly are not controversial among scientists.

PF: I see Dover as a kind of archetype for this kind of controversy; the battle between the teaching of biological evolution and some version of creationism. But in Tennessee, as well as other states, the backlash is also against sciences that, at least at first glance, seem less related to theology, or at least less threatening to a religious worldview, like global warming. What do you think that might say about what’s happening? That it’s perhaps not really about religion, but something else entirely? Why are these topics getting lumped together?

ES: I think these topics are being lumped together because all of them (evolution, origin of life, global warming, stem cells, human cloning) are topics of concern to the religious right. What began as anti-evolution bills  has now morphed to include these other hot button topics as well as evolution.

We suspect one reason for these topics being bundled together is because, as I mentioned, the religious right doesn't like any of them, but also because there are legal constraints against singling out evolution for special treatment in the curriculum. According to Epperson v. Arkansas, singling out evolution is ipso facto evidence for promoting religious views. So if evolution is bundled with these other hot button subjects, it's a twofer: more topics come under scrutiny, and evolution is buffered from one type of constitutional challenge.

PF: Global warming remains a sticking point in my own thinking — it stands out to me as an issue that has less to do with religion than it does with interests that might merely be a product of cynical astroturfing by, say, oil interests. Otherwise, I don't see why the creationists would be so fixated on global warming, beyond very vague notions of Earth being "made for us" and therefore ours to do with as we please.

So with evolution, the opposition comes from religious conservatives,  and the religious right are included here because of their religious views.

PF: So the religious right has gained expertise in what looks like stealth, and mastering the nuance of the language to get their way. Let's say that they're successful in all or most of their attempts in this current environment. Is there a snowball effect? Can it get worse from here?

PF: How do you feel about the state of the zeitgeist on these issues? Are these recent anti-science moves an example of a dying movement in its last, desperate throes? Or is there a scary resurgence? Who has the momentum, if any, and who is the most confident?

ES: I can't really say. But remember that polls show that science is well-respected (and scientists are well-respected) in the US, and even creationists and global warming deniers support science. They have a somewhat off-kilter understanding of science, but still…. I can't see that going away too quickly. I don't have my finger on the pulse of society — it's too vast. I probably should watch TV more!

PF: One more thing: Is there anything in particular you're looking forward to doing or seeing in Nashville other than the conference itself?

Paul Fidalgo has been communications director of the Center for Inquiry since 2012. He holds a master’s degree in political management from George Washington University, and has worked previously for FairVote: The Center for Voting and Democracy and the Secular Coalition for America. Paul is also an actor and musician whose work includes five years performing with the American Shakespeare Center. He lives in Maine with his wife and kids. His blog is Near-Earth Object, and he tweets at @paulfidalgo.