When a great magazine like National Geographic speaks, the world naturally listens. We were especially glad this is so when—for its March 2015
cover article, “The War on Science”—it cited such attacks as those on climate change, evolution, vaccinations, and genetically altered food, as well as the
moon landing. “Thanks, National Geographic,” we said (2015) in our magazine, Skeptical Inquirer.

And yet science—and truth—have since come under attack by an online article that bears the imprimatur of National Geographic. Written by Frank
Viviano, the article “Why Shroud of Turin’s Secrets Continue to Elude Science” (2015) is so misleading, so replete with falsehoods, so lacking in basic
facts about the notorious “shroud” that it is an affront to the proud name of National Geographic.

It is also a glaring example of how not to approach a controversy. Just as one would not get information about the curvature of the Earth from the Flat
Earth Society alone, one should not primarily get “facts” about the Turin cloth from The Shroud of Turin Research Project (STURP) and other partisans.
STURP’s leaders served on the executive council of the Holy Shroud Guild, which is devoted to the “cause” of the reputed relic. Viviano tells us in glowing
terms of the “scientific disciplines” covered by STURP, without being aware that it lacked experts in art and forensic chemistry. We shall see presently
why this matters, but let’s first look at the shameful portions of the shroud’s history that Viviano shamelessly omits. 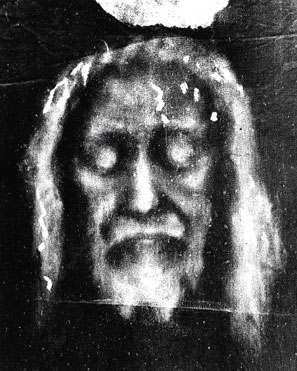 Figure 1. Negative photograph of a rubbing image done by the author using an iron oxide pigment.

When the cloth first appeared in Lirey, France, in the middle of the fourteenth century, its owner could not, or would not, explain how he had acquired the
most holy relic in Christendom. In 1389 a bishop reported to Pope Clement VII that it had been used in a faith-healing scam in which persons were hired to
feign illness, then, when the cloth was revealed to them, to pretend to have been healed, “so that money might cunningly be wrung” from unsuspecting
pilgrims. “Eventually,” he said, after “diligent inquiry and examination,” the “fraud” was uncovered. The cloth had been “cunningly painted, the truth
being attested by the artist who painted it” (D’Arcis 1389).

This sordid origin of the supposedly sacred relic is corroborated by much other evidence. According to Jewish burial practices, Jesus’ body would have been
washed and covered with burial spices, and the body wound in multiple cloths of plain linen. In contrast, the Shroud of Turin depicts an unwashed “body”
without any myrrh and aloes, is a single cloth woven in herringbone pattern (a medieval but not first-century weave), and shows an anachronistic
under-and-over draping style.

Moreover, there is no history of this cloth (there have been some forty True Shrouds) prior to its appearance in Lirey, and the image’s elongated forms are
those of French gothic art of that period. Iconographic elements also date the image to the middle ages. The radiocarbon date, obtained by three
laboratories, was 1260–1390 ce, consistent with the ca. 1355 hoax and forger’s confession. This is what is called corroborative evidence, and there is
more.

A secret commission appointed in 1969 to study the shroud examined the “blood” stains, which are suspiciously picturelike and still red. Internationally
known forensic serologists reported that the red substance failed all microscopical, chemical, biological, and instrumental tests for blood. Instead, there
were reddish granules that would not even dissolve in reagents that dissolve blood.

STURP’s own tape-lifted surface samples were examined by renowned forensic microanalyst Walter C. McCrone. He discovered red ocher pigment making up the
image (but not the background, so it was not contamination) and identified the “blood” as tempera paint containing red ocher and vermillion with traces of
rose madder—pigments used by medieval artists to depict blood (McCrone 1996; Nickell 2013, 122–124). For his efforts, McCrone was held to a secrecy
agreement while statements were made to the press that there was no evidence of artistry. Subsequent claims that the tempera “blood” was genuine have
ranged from the incompetent to the disingenuous (Nickell 1998, 143–144, 156–158).

One claim held that there was human DNA in a shroud “blood” sample although the archbishop of Turin and the Vatican refused to authenticate the samples or
accept any research carried out on them. Nevertheless, shroud advocates claimed there was human blood on the shroud, while the scientist at the DNA lab,
Victor Tryon, told Time magazine that he could not say how old the DNA was or that it came from blood. “Everyone who has ever touched the shroud
or cried over the shroud,” he said, “has left a potential DNA signal there.” Tryon resigned from a post-STURP shroud project due to what he disparaged as
“zealotry in science” (Van Biema 1998, 61).

It must be remembered that the burden of proof regarding a question of authenticity is on the claimant—not on anyone else to prove a negative. Viviano
(2015) seems unaware of this, stating “the sum result is a standoff with researchers unable to dismiss the shroud entirely as a forgery, or prove that it
is authentic.”

Viviano has been lured by shroud partisans into thinking that if an exact replica cannot be made then somehow this proves the shroud could be genuine after
all. Actually, of course, no artifact—not for instance the hoaxed Cardiff Giant stone figure of 1869—can be precisely duplicated. Shroud
partisans claim—or hint strongly—that if the shroud cannot be exactly recreated it suggests a supernatural origin. This is nothing less than the logical
fallacy called arguing from ignorance. One cannot draw a conclusion from a lack of knowledge. Yet it is the way “miracle” claims are typically made, in a
shrewd attempt to have dogma seem to trump science.

In fact, it is the shroud’s advocates who lack any viable hypothesis for the image formation—although Viviano only cites the notion of some believers that
the image was produced by a “divine light,” a miraculous burst of energy at the moment of Jesus’ resurrection. Miracles cannot be demonstrated. We can also
rule out simple contact imprinting (which would have caused wraparound distortions) and “vaporography” (since the postulated vapors do not travel in
straight lines and so produce blurred images). Researchers have proposed some far-fetched—and unsuccessful—techniques including scorching by hot reliefs
and the notion that photography might have been invented in the middle ages (Nickell 1998, 78–140; 2015).

Skeptics have offered several demonstrable methods of producing shroudlike images (see Figure 1), although believers have hastily dismissed these—often on
wrong grounds (such as the image areas being too sharply defined when, of course, the replications have not been subjected to 6–7 centuries of handling).
More recently, Luigi Garlaschelli, professor of organic chemistry at the University of Pavia, used hypotheses I advanced in my Inquest on the Shroud of Turin (Nickell 1998) to produce a full-size replica of the shroud with the properties of the original. (For example,
Garlaschelli’s reproduction has sparse red-ocher pigment confined to the tops of the threads, accompanied by cellulose degradation.) (Nickell 2013,
130–131)

Scholarship and science have proven the Turin “shroud” a fake, from its incompatibility with first century burial cloths and procedures, its lack of
historical record, and a bishop’s report that the forger had confessed, to the suspicious-looking “blood” that is really tempera paint, pigments making up
the body image, and the radiocarbon dating that confirms the cloth originated at the time of its documented appearance in the fourteenth century—when it
was fraudulently claimed to the be Holy Shroud of Christ. Such evidence against any secular object would be considered clear proof of inauthenticity.

Frank Viviano’s article is a disservice to science and unworthy to appear under the respected name National Geographic.