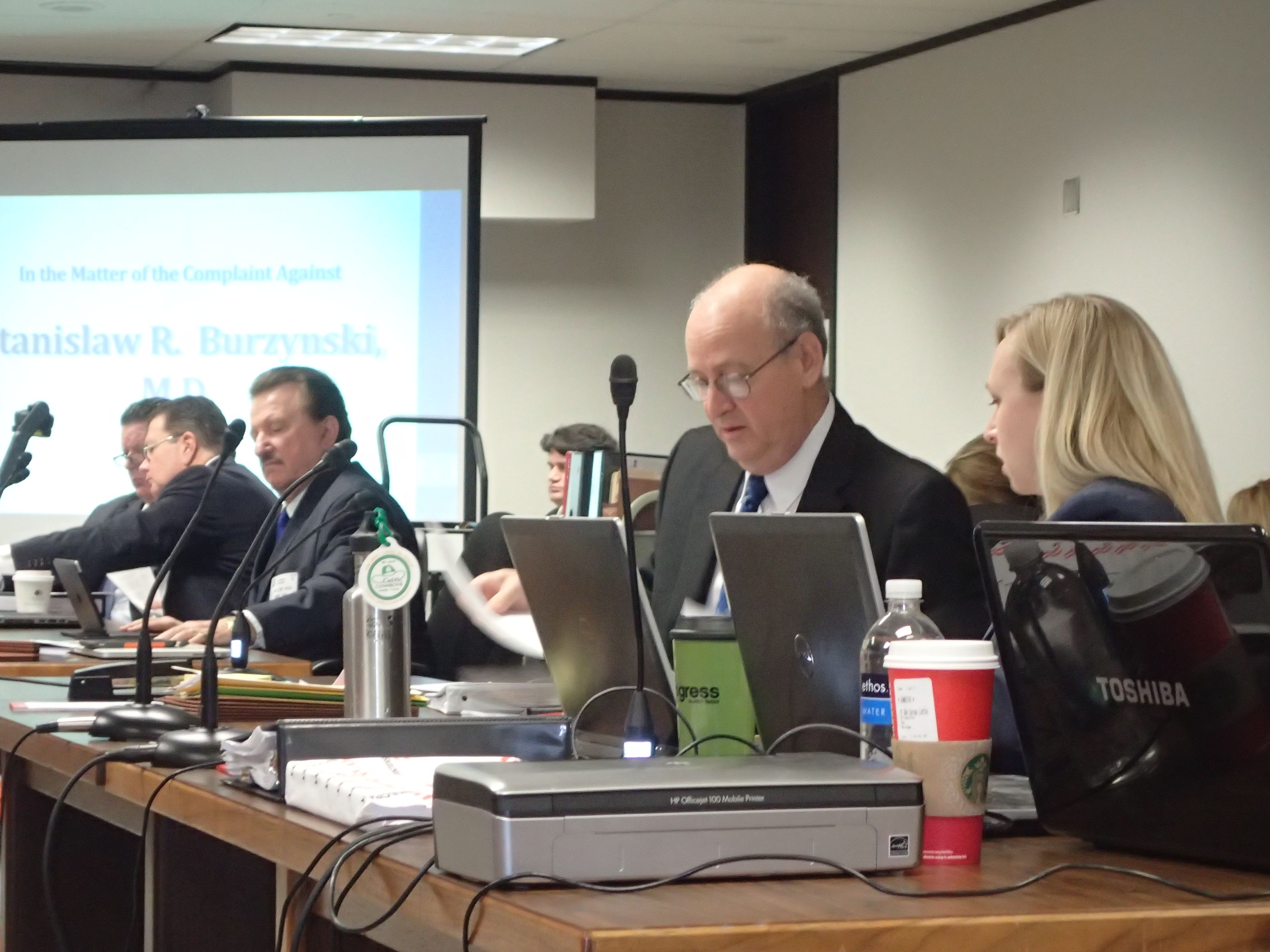 I spend a lot of time writing about media, complaining about media, and designing research projects on media. Meta-media lady, that’s me. Recently I got to put my money where my mouth is: Newsweek published my feature about the cancer doctor Stanislaw Burzynski, who’s facing potential license revocation based on charges that he and his clinic recklessly prescribed untested drug combinations, made numerous medical errors, passed off non-licensed practitioners as doctors, and much else besides. And I got a reminder of how hard it is to write about controversial health issues.

I want to be honest about this experience, partially in the hopes that this might further conversation about how best to practice science communication; also because I think transparency itself is a key feature of the science communication process. Productive dialogue always has to start with points of common agreement and with empathy. Just as we should acknowledge the good points within others’ fallacious arguments, so too we should be prepared to concede where our own arguments or reporting have fallen short.

And so, here are the top five things I learned from this experience.

Going into the Burzynski project, I had a lot of science communication ambitions. I wanted to write a piece that would bridge divides—a piece that, though clear on the weight of scientific evidence, would show empathy toward the concerns of those who shun mainstream cancer treatment, and maybe open up a conversational space for those who aren’t completely polarized on these issues.

But on reflection, I don’t think a feature story in a mainstream, news-focused magazine is the best place to have this conversation. Think about some of the characteristics of traditional journalism stories versus what’s needed for good science communication:

This is a selective list of features, one that I composed by focusing on differences rather than similarities. It’s also very generalized—for example, there’s a lot of good reporting that tries to answer key questions for readers and likewise a lot of quality journalism that focuses on data (this is called, unsurprisingly, “data journalism”). And as I allude to above, sometimes science communicators need to borrow narrative and emotion-based methods from journalism, although I have some ethical concerns about that (a topic for another column, perhaps).

But to me, this summary highlights a lot of qualities common to traditional journalism that really can get in the way of good science communication—even when we start out with the best of intentions. And this hit me again and again while I wrote my piece.

Sitting down to do my job, I realized I couldn’t say much of what I wanted to say. I couldn’t say, for example, that the Burzynski case encapsulates the allures and dangers of an unchecked cultural myth, one that incorrectly classifies some treatments as “natural” and “good” and others as “chemical” and “bad.” That would have been editorializing. But I think it’s an important topic for the media to explore. So we should be finding ways to break the journalism mold a little bit and tell these stories the way they need to be told.

I pitched this article as a story about Burzynski. “Sure, that’s obvious,” you might say, “What is the story here, if not Burzynski?”

But as I sat there struggling with my words, I realized that wasn’t the story I wanted to tell. A story “about” Burzynski means the details are all pretty much about his case: what he’s been accused of, what the impact is, what his response is to the allegations. Such a story can shed only so much light, and it will alienate anyone who thinks well of Burzynski. The story I wanted to tell was what the Burzynski case means: how someone such as him earns patients’ trust and how our culture, the media, practices in the health professions, and light government regulation all work together to create a flawed public science epistemology, which in turn makes it a real struggle to avoid threats to our health. I couldn’t write that story, of course—that wasn’t my commission. And I’m not yet sure how or whether I can write that. Maybe it’s an opinion piece. Maybe it’s a book.

I thought my Burzynski story could at least begin to bridge some cultural and ideological divides, if I could frame it in a sympathetic way. My goal was to make clear the two very understandable and rational reasons why many people go to Burzynski: one, because the side-effects of chemotherapy can be horrible. And two, because in the face of certain death, any chance at life seems worth taking.

An early draft of my piece began:

“Sometimes, there is no alternative.

While modern medicine has vastly improved the survival rates for diseases like colorectal cancer and Hodgkin lymphoma, other cancers remain almost universally deadly. Between about 90 and 98 percent of pancreatic cancer patients don’t survive five years past diagnosis, depending on their country of residence. When facing a prognosis like that, many patients will understandably seek treatments that can offer hope, however slim. We prefer fighting to planning our own deaths.

But these are not the only cancer patients to face difficult choices. When a cancer is treatable, the treatment itself can be painful and debilitating. It’s often hard to stomach the idea that there’s no alternative to chemotherapy, for example…”

That got cut, due to space concerns. I don’t blame my editor for that. News features are all about preserving the meat and cutting the fat. Juicy quotes from patients? Keep those. Details of alleged transgressions from FOIA documents? Definitely keep those. But to essentially extend a reassuring arm to cancer patients, to say, “I can’t begin to understand what you’re going through. I think it makes total sense that you’re thinking about going to Burzynski. But here are some facts you ought to know”?—well that’s not crucial to the “story,” as mainstream journalism conceives it. It also doesn’t fit well into our objectivity paradigm.

While I felt in some ways hamstrung by decades-old conventions and the brief I had written, I also think my editors at Newsweek did a lot of things right. Perhaps most importantly, they didn’t get fooled by the lure of false objectivity.

My editors understood that not all truth claims are created equal, and that properly conducted science offers us harder, less disputable truths than intuition, whim, fashion, or emotion. For example, I reported that a comprehensive analysis of the peer-reviewed literature on antineoplastons (the drugs that Burzynski has dedicated his life to developing, testing and administering) found no evidence that these drugs are effective against cancer. Thankfully, Newsweek didn’t ask me to balance that against half-hearted science—against unpublished studies, against case studies, or worse, against anecdote.

Here is a case of industry “best practice” probably not being good enough. I tried at every stage of my process to be accurate, unbiased, and considerate of my sources. I think I pulled off a fair story—but looking back on it, I could have done a few things better. 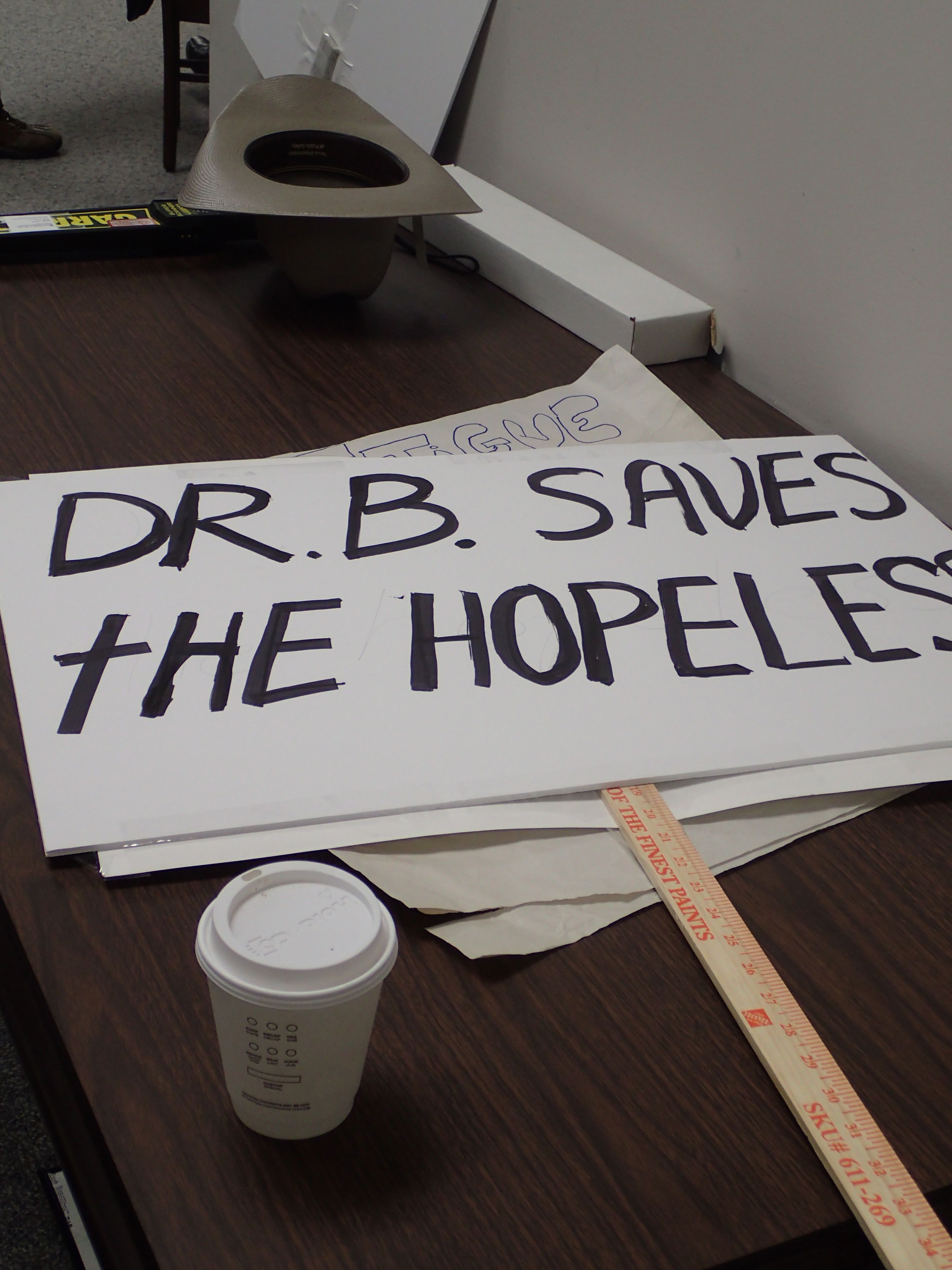 The biggest reminder of the opacity of the feature-writing process came soon after publication, when I got a complaint from one of the Burzynski patients quoted in my story. Without getting too deep into the ins and outs of our discussion, she complained that I made a big error of omission by not reporting that Burzynski prescribed her large doses of sodium phenylbutyrate—the drug she credits with her recovery from breast cancer, and one that has never been shown effective against that condition. My rationale for not reporting this is pretty reasonable according to normal journalistic standards: she never told me she took it. I asked her what drugs Burzynski prescribed, first in a phone interview and later by email, and sodium phenylbutyrate never came up.

But is that good enough? People are prone to forgetting. When my doctor asks for my current medication list, I usually can’t remember all the dosages—and I’m only on three or four drugs. I didn’t want to inconvenience this patient or be nosy, and I knew the list of meds she had taken was long. But I should have pressed. I should have said: “Ask Burzynski if you need to. Please give me the full list.”

Why didn’t I? Because I figured that whatever really mattered to the story, she’d remember. (Not reasonable—she’s not laying eyes on my draft. How does she know what’s important?) Because I assumed my sending of an email was a signal to say, “Here is your chance to really think about it and get specific.” Because I assume that when a journalist asks a member of the public a question, the member of the public thinks, “I better get this right. If I don’t remember, and she doesn’t put it in her story, that’s on me.” These are assumptions journalists make all the time, like some kind of unspoken contract between journalist and source. They make it possible to do our job when we’re pressed to get on with it or be the next one pink-slipped. But they’re not right. You can’t have a contract that only one party is privy to.

I had to think pretty seriously about whether I was going to write about Burzynski, given the past legal threats against those who have criticized him. That history certainly did strengthen my resolve to double and triple fact-check every line in my story, and I gave Burzynski and his lawyers ample time to respond to every single allegation—an opportunity they declined. So I’m confident that there is no material basis on which he could sue. Still, a lack of material cause rarely dissuades someone who really is determined to file a libel suit, so when the story hit the web, I held my breath. Two weeks later, I’m happy to report that no nasty legal letters have appeared in my inbox.

I did, however, get an email from a former Burzynski patient—one who described my article as full of lies. She invited me to learn the facts by reading her book, which she offered to send me. I accepted, and I look forward to receiving it. After all, if we science communicators are not open to dialogue, then we may as well pack up our laptops and go home.