Mick West lives in Shingle Springs, California, and is a writer for Metabunk and a regular skeptic conference attendee. I know Mick from TAM 2014 and SkeptiCal in 2016 where we hung out for a bit with a group of people and played Apples to Apples. Mick also presented a paper presentation at CSICon October 30, 2016, titled “Expert Elicitation vs. Chemtrails.”

Susan Gerbic: So, Mick. It’s nice to catch up with you. This website you run, Metabunk, sounds right up the skeptic alley. Tell me about that site.

Mick West: Metabunk is a skeptical forum, where we do investigations into a wide range of phenomena from conspiracy theories to UFOs. We also discuss best practices for communicating the results of an investigation (the debunking) and how to help people get out of the “rabbit hole” of conspiratorial thinking. It grew out of my old blog Contrail Science, which was about chemtrails. Metabunk still has a strong focus on the chemtrail theory.

Gerbic: Chemtrails? Doesn’t everyone know they don’t exist and what they see in the sky are contrails? And the few people who still believe that the government is poisoning us aren’t likely to listen to reason, right? Note: I just looked at the pageview stats for the Chemtrails conspiracy theories Wikipedia page, and 99,560 people visited it in the last thirty days. I suppose I’m living in a bubble.

West: Chemtrails is a surprisingly popular theory; it’s right up there with things like the 9/11 conspiracy theories. It all stems from a fundamental distrust of science and authority. You are always going to get a percentage of people who are true believers. My goal is to minimize that as much as possible, stop people falling for it, and help them get out as easily as possible. 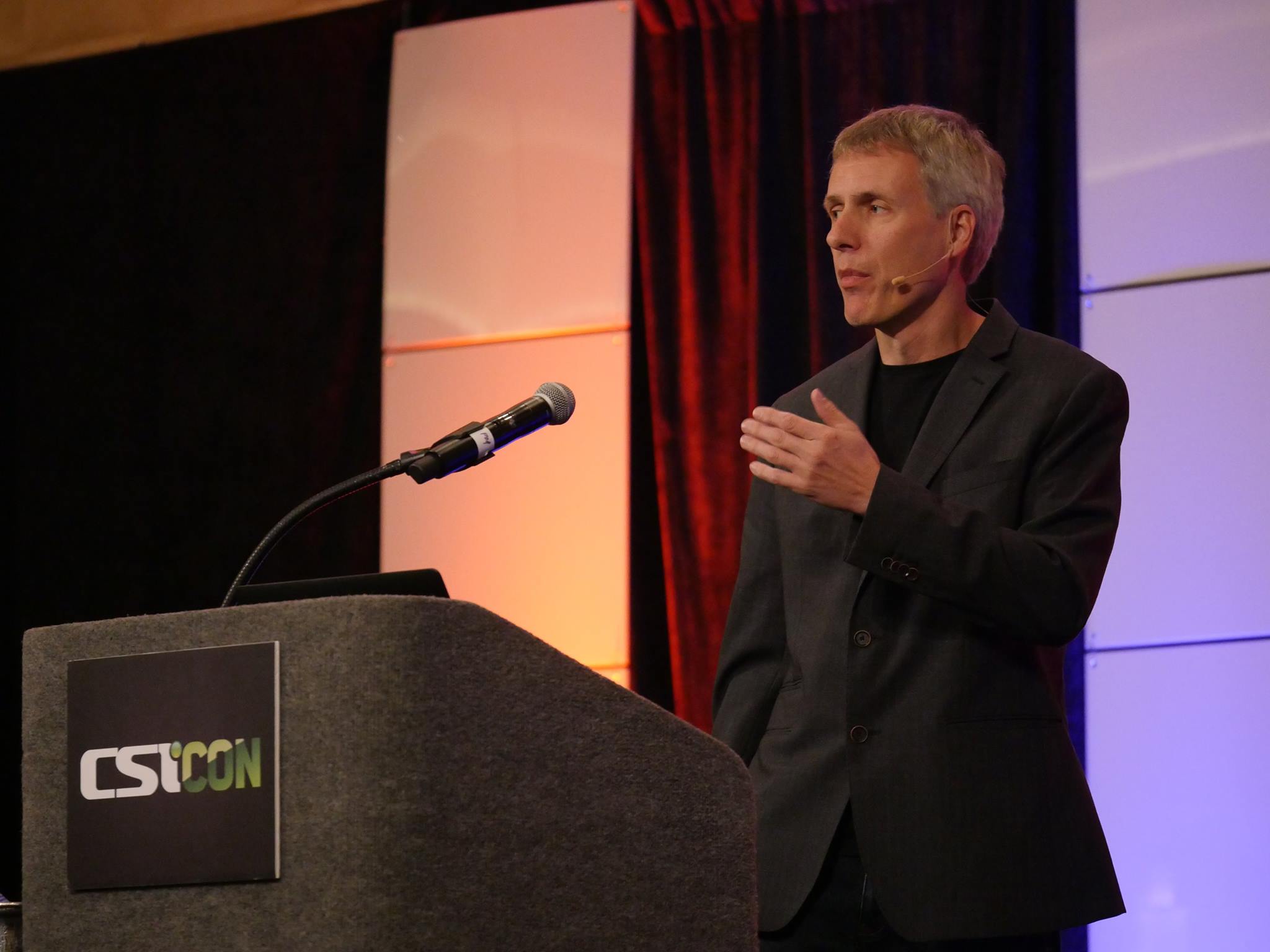 Gerbic: I understand that you are also a pilot. Do you know pilots who believe in this conspiracy theory?

West: I only flew small, single engine planes, which isn’t that hard. I’d not be surprised if some single-engine pilots fell for it. But I’d be very surprised if there were any commercial pilots who believe in it. Most of them have heard of it and find the idea ridiculous and sad. Some of them even get harassed about it, as people think they are part of the plot because their planes leave contrails.

West: It’s about a paper I coauthored with three climate scientists. They were tired of chemtrail believers harassing them and disrupting their conferences, and they basically wanted to demonstrate what real scientists thought about the chemtrail theory. We gathered some of the typical evidence used by chemtrail believers (photos of contrails and chemical element tests of water and air) and asked a large group of experts what they thought of the evidence. Basically, the answer was “these are just photos of normal contrails” and “the tests show normal background variations.” We wrote it up and published it, and it was very well received by the media. I hope it is helpful in getting the message across. It’s slow progress though.

Gerbic: You are a regular skeptic conference attendee. What do you get from attending? Surely you already know all this information, or at least where to find it online so you can stay home and watch from your computer.

West: Firstly, the experience of listening to a talk first hand is an order of magnitude better than watching it on YouTube. There’s no distraction, and you can’t help but be focused on the lecture. I remember more; I learn more new things; and I get to almost immediately discuss the talk with other people who have likewise been engaged—in some cases with the person who just gave the talk!

Secondly, it’s a large gathering of like-minded people, many of whom have become friends over the years. It’s great to both chat with skeptic friends and meet new skeptic people from all around the world. Every conference I’ve been to I’ve met new people and had many interesting conversations.

Finally, I treat it as a bit of a mini-vacation—my wife came with me to CSICon in 2016, and we were able to take in a Vegas show as well as hang out with the other skeptics at the bar and at the various social events.

Gerbic: The Sunday Papers is always one of my favorite parts of these conferences. Short and to the point, well-rehearsed, and usually about topics I have not heard on stage at other conferences. Ray Hall really knows his stuff about how to put this together. This year the Sunday papers followed Lawrence Krauss’s lecture. That must have been exciting!

West: Very exciting! Lawrence gave a fascinating lecture, and it was great that most of the people who were there for that stayed on for all the Sunday Papers. I was a bit nervous as I was last up, but I had a great audience. I was happy to see Richard Dawkins in the audience, as he was a science hero of mine when I was at college. And there were a lot of other skeptics in the audience that I admire, so it was great to give the talk to them.

Gerbic: CSICon will soon be putting out the call for paper presenters for the October 2017 event. People interested will need to be organized and get everything turned in (tentatively) by August 20. What tips would you offer anyone interested in presenting?

West: You need a topic that’s of interest to the skeptical community and can be neatly encapsulated in fifteen minutes. You want something unique, not just some point of science you know about but rather a short story about something specific that you were involved with. Something like a paper you wrote or an investigation you did into a specific event or an account of some education initiative or press outreach that you were part of. So less “Why Homeopathy Is Just Water” and more “How I Tried to Get CVS to Stop Pushing Homeopathy.”

Then you need to make sure it fits in fifteen minutes. I’d recommend you get at least a rough draft of the talk before you submit your proposal, that way you’ll get something the selection panel will recognize as a doable size.

The best way to get started though would be to look at the previous papers—at least the descriptions. See the type of topics that get picked, and think if there’s an event you could talk about that you have a unique perspective on. A good test for that would be if it’s something you’ve explained to other people before and they were actually interested.

Gerbic: Tell me about some of your favorite parts of CSICon? Favorite lectures?

West: There are two types of lectures at CSICon: those that I was interested in, and those that I did not know I was interested in until I listened to them. My favorite lectures were those that dealt with the way people think. In particular, Elizabeth Loftus’s talk on false memories was very thought provoking. Many conspiracy theories exploit the selective nature of people’s memories—so it’s fascinating to hear how people actually go about implanting memories. I think understanding how the brain works is very helpful to skeptics. We need to comprehend how faulty thinking happens if we are going to help fix it.

It’s great that CSICon is a single track, as you get exposed to new ideas that you might miss if there were multiple tracks. Like Anthony Pratkanis’s talk on Altercasting. I did not even know what it was and probably would have skipped it if there was something else on, but it was incredibly fascinating. Much food for thought.

The Sunday Papers of course are the prime example of that. An eclectic mix of generally novel topics. Even though I was getting ready to give mine, it was still fascinating listening to the others. It’s things you might never hear about otherwise. Plus, you can go talk to the speakers afterward.

That opportunity to have a chat with the presenters is key. Like with Joe Nickell’s talk where he explained why he preferred the term investigator instead of debunker. Later that day I gave him my business card, which says “Mick West—Debunker,” and we had a spirited discussion on the topic. That’s something that just works so much better in person than over the Internet. And everyone is very approachable. I talked to other speakers, even had a brief chat with Richard Dawkins, and at TAM 2015 I had quite a long discussion with Randi.

Something I think would be great to address at CSICon is the function of skepticism in social media—and the role of new media in general. There’s a real danger in falling into a bubble by being overly attached to a traditional set of media (print, blogs, newsletters) that is becoming increasing irrelevant. Skepticism needs to evolve with the understanding that information (and disinformation) is now propagated by Facebook, Twitter, Instagram, Snapchat, etc. Understanding how this works and how we can best use those channels of communication is crucial to keeping skepticism relevant and effective.

Gerbic: What did you think of the Halloween party?

West: The Halloween party was very entertaining. Most people were in quite impressive costumes, which is something I’ll have to work on for next year. The skeptic community is just a lovely bunch of people, very varied and open. They also know how to have fun.

West: I think that events such as CSICon are becoming more and more important, especially with the election of a president who has what seem to be anti-science leanings. Skeptics are fairly politically diverse, but we are united in our opposition to fake science, alternative facts, charlatans, and bunk. CSICon is part of the solution—a place where we can recharge our skeptical batteries and form and renew connections with other skeptics to try to turn back the tide.

Gerbic: So great talking to you. Hopefully, I’ll see you at SkeptiCal this year June 11 in Berkeley, California. And of course, CSICon which will be October 26-29.

West: Indeed, you will. I’m looking forward to it. And thank you again for all the skeptical work you do, especially the Guerilla Skeptics on Wikipedia project.