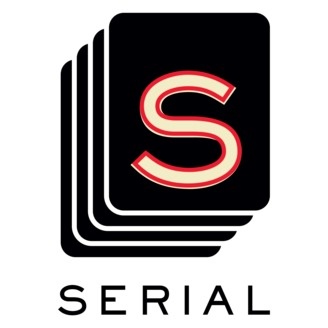 With the recent news of a third series of Serial, arguably the biggest influence in the “golden era” of podcasting, it’s likely you’re one of the millions of people worldwide waiting for the next episode. And if you know anyone who loves podcasts, you’ll know they’re always keen to recommend what the next big thing will be—which bodes well when it comes to spreading the word about what can improve critical thinking and support science communication.

Here’s a few podcasts that you might have missed or might like to check out as they find their feet in 2018. From scientific adventures in gardens to philosophy for children, there’s something for everyone’s ears.

1. Ologies – Billing itself as “science-adjacent,” Ologies is energetic and clever. Alie Ward is one of those rare interviewers unafraid to have fun with the format of unpacking science knowledge while discussing professional ologists’ obsessions. And there’s a lot of “ologies” out there! Particular highlights in its first twelve months of broadcasting include the study of sharks, eggs, diseases, and even beauty standards.

While it’s a longer listen than most science shows (with the average episode pushing slightly over an hour), Alie Ward’s background in comedy helps keep the content moving; even though the show claims to be asking “dumb” questions, it’s the shared interest in a range of topics that makes it a must-listen. Hopefully Ologies will continue while host Alie Ward begins a new TV show, Did I Mention Invention?, with more fascinating stories on the topic of everyday innovators.

2. Science Vs – After a successful first season on Australia’s ABC national radio podcasting stable in 2015, Science Vs was picked up by Gimlet Media and is now an international phenomenon. Much of its appeal comes from its sharp, snappy format with highly produced segments that make even the most controversial topics—from plastics to circumcision, fracking to hypnosis—fun as well as interesting. With Lars Trembly replacing Wendy Zukerman as host for the rest of 2018, it’ll be interesting to see how a new voice influences Science Vs content.

3. Invisibilia (NPR)  – Combining narrative storytelling and scientific research, Lulu Miller and Alix Spiegel explore the invisible forces that control human behavior—such as thoughts, beliefs, and emotions. It features three seasons of hour-long investigations and short bonus episodes, and as you might expect for an NPR show, it’s a crisp and well-structured listening experience, taking an exploratory look at the inner world of the mind.

With investigations into what is reality, whether culture is a part of ourselves or is just external forces and even social media callouts, it’s unafraid to tackle big topics. The team even takes to the stage for a few live touring shows. Invisibilia has only recently begun to return to regularly scheduled programming after their 2018 live recordings, which gives you some time to check out the back catalogue.

4. Branch Out – Hailing from the beautiful shores of Sydney, Australia, and focusing on the vast range of plants at the Botanic Gardens, Branch Out investigates botanical science and its relevance to society. It’s a short first season for 2018, but science communicator Vanessa Fuchs has an enthusiastic approach to interviews and excursions to a variety of labs and gardens, it’s hard not to feel intrigued by the contribution that flora plays to health, environmental sustainability, and even our evolutionary past.

5. STEMPunk– A part of the Australian Educators Online Network and takes a panel-show approach with their podcasting. Hosted by Tom Gordon, Christie McMonigal, and Shane Hengst, STEMPunk draws links between how the general public understand the interdisciplinary approach to science, technology, engineering, and mathematics and the practitioners at work, including interviews with Dr. Katie Mack, Dr. Karl Kruszelnicki, Dr. Margaret Wertheim, and Nobel Prize winner Professor Brian Schmidt.

This podcast is a little over a year old, having started in August 2017, but it’s already celebrated a number of live events (including quiz and trivia events, with one coming up soon at the Australian Science Communicators Tenth National Conference) and an impressive range of interviews with experts on what STEM is, who does it, and why. Of particular interest is the critical approach STEMPunk takes to the hurdles that scientists face when communicating their work.

6. Short & Curly (ABC)  – A fast-paced fun-filled ethics podcast for kids and their parents. It asks questions that get you thinking about big philosophical conundrums: Is it ok to fight back against a bully? Can a robot be your friend? Do you have to love your sibling?

Short & Curly hosts Carl Smith and Molly Daniels are joined on the show by resident ethicist Matt Beard, and it features a range of skits, reconstructions, and even thinking-time to allow discussions. This is what makes Short & Curly particularly innovative: it knows that a vital part of learning is the chance to discuss ideas with peers and parents, rather than just be lectured or told the answers. After seven seasons on Australia’s ABC podcasting site, it’s launching a book in October 2018—one to look out for.

7. Mostly Science– With the goal of demystifying evidence-based science, MostlyScience has been working on their website since 2013 and has very recently moved into the podcasting and webcasting realm.

Host Wes Wilson is a Canadian cancer researcher working at the University of Western Australia, and his upbeat interviews have featured in his previous shows TumourTalkat LifeOmic, InsideScienceTV and Minute MedCast. As this show finds its feet in 2018, it already features a quirky range of topics, from space to snails, politics to Nobel Prizes.

8. The Signal (ABC)– Mini-podcasts are just as valuable as extended hour-long chat sessions, which is why The Signal is a quick-but-sharp skeptical addition to your podcatcher. With a team of five journalists contributing short but insightful summaries of news and trends, the show started at the beginning of 2018 and has an impressive track record already, with part-news, part-current affairs approach, sometimes unpacking ideas in quick detail or covering a range of breaking issues.

The Signal is particularly useful listening for those who might feel overwhelmed by the churn of “fake news” and pop culture, which makes it a good program to share with teenagers who might be wondering what is worth paying attention to.

9. Rescue– A partnership between Landcare Australia and the University of New South Wales, Rescue forms part of a research project into the power of citizen storytelling in environmental communication. For those interested in contributing to the project, Rescue encourages the general public to add their voices to a storytelling collection on Australian wildlife and experiences, with award-winning ex-ABC documentary maker Gretchen Miller selecting a number of contributions to be turned into a podcast series.

While the official podcast will be launching after the story deadline of January 2019, there’s already a range of accounts reflecting the personal power of taking action to benefit habitat, animals and the humans who get involved—an impressive crowd-sourcing incentive for other to-be podcasters to reflect upon.