CSICon 2017 is right around the corner. I just received my speaker’s packet, and I am starting to share the good news all over my social media. Conference season world-wide is starting, and I will be attending as many as I can. For myself and other GSoW conference attendees, this means one thing: find content we can use on the speakers’ Wikipedia pages. And finding often means creating. I’m going to tell you how to help make that happen. 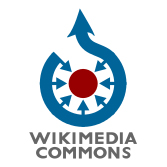 Wikipedia as you know contains lots of text, but the better pages also contain photos, audio, and video. Everyone carries around all the tools we need to make this happen but rarely uses that tool. Pull out your cellphone and capture photos, video, and audio for Wikipedia please! The next step is that you must upload the content to WikiMedia Commons. This site can be a bit scary to use, which is why I have a video for anyone confused. Wikipedia does not allow just any media to be added to a page; the owner of the content MUST release the photo to WikiMedia Commons first. THEN the file can be placed on a Wikipedia page.

One project GSoW started several years ago was the Skeptic Audio Project. Our goal was to corner speakers at conferences we attend and record their voices for later use on a Wikipedia page. At the time of this writing, we have uploaded ninety-seven files to the repository. As GSoW is international, you will find voices in many languages other than English; it is quite cosmopolitan to listen to.

Quality of course is important, but most modern cell phones do a good enough job. For audio, do your best to find a quiet area; some background noise can be removed with software, and the GSoW team can do that for you if needed. Video obviously should have good sound quality as well as be visually attractive. But even small snippets of lectures are valuable. Think of it this way: imagine a hundred years from now someone wants to know what we looked and sounded like, and all people are going to be able to find is content from the Kardashians. You don’t know who will be important in the future so best to archive the content now. Even a person saying their own name is worthwhile. If they speak more than one language, ask them to record in that language also.

As you browse through the content we have already collected, you will see that the file types WikiMedia Commons allows are oga, wav, and ogg for audio. Video you need to upload as webm. Again, GSoW can help you if need. Don’t worry about recording it in the correct format, just record it, and we will figure it out later.

Some of these recordings are hilarious. When I ask for a recording for their Wikipedia page, they rarely think about what they are going to say, so they launch right into their elevator pitch. But others tell jokes and even one gave me an ancient Greek proverb (John Allen Paulos). I think the funniest is Emery Emery’s. I don’t know if there is a limit of how long these should be—we have 15 seconds to many minutes—so record as long as you need. It should be concise and not dated. You do not want them to mention that they have “written two books” as they might just write a third and the audio will be outdated. Also, it is great for them to add information that the Wikipedia page is missing a citation for where they were born, early influences, where they grew up, the name of their elementary school, all those kinds of things can be used as a citation on the text of the Wikipedia page.

When I wrote the Wikipedia page for SGU podcaster Perry DeAngelis, I begged fellow SGU member Evan Bernstein to upload snipits of the best of Perry, which he did. It is so wonderful to be able to revisit this audio whenever I want. The Wikipedia page has been viewed 16,625 times since I released it in February 2015. I’ve heard from many people on social media on how much they appreciate the content.

As I mentioned at the beginning, CSICon 2017 will be here soon. At CSICon 2016, my GSoW team managed to collect some memorable content: Richard Dawkins, Ray Hyman, Paul Offit, Mark Boslough, Dave Thomas, Tom Flynn, Ron Lindsay, and Kevin Folta. My favorite recording was with James Randi who wanted to get it right so he stopped and started several times. I uploaded a short version as well as the entire recording with all the goofs. It is so indicative of his personality and professionalism that I wanted to be able to share it with everyone.

If someone has some free time and would like to take on a small project for GSoW, I really would like the audio we have already collected to be transcribed. We can add the text to the audio once it is transcribed. Click on the recording for Harriet Hall on her Wikipedia page and you should see the text appear.

Conference attendance is an important part of activism; I hope you attend at least one conference this season or if not sponsor someone else. CSICon is the weekend before Halloween in Las Vegas, but there are conferences all over the world. Don’t wait to record audio and take photographs at a conference, record at lectures and other events. I know some of you reading this live near or personally know people who have Wikipedia pages. Podcasters, you are in the best position possible to record audio for us, just explain to the person you are interviewing and make a quick recording, upload it and add it to the Category: Audio of skeptics. You might want to give us a heads up so we can make sure it gets added to the Wikipedia page.

This is a relatively easy way to help out GSoW and improve Wikipedia content; don’t over think this, don’t wait for the perfect moment. If the opportunity arises, please ask and then make it happen. Take the phone out of your pocket and hit record. Then contact us at GSoWteam@gmail.com; it really is that simple.