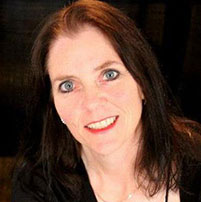 Wikipedia has become the default initial source of research for many students, teachers and the general public who want answers. It's important and
becoming more important daily. Editing Wikipedia is a passion for the Guerrilla Skepticism on Wikipedia team. We strive to make sure things are truthful
and accurate. It's a love to educate with facts.

I recently spoke at the Center for Inquiry's student leadership conference. I must say I was most impressed with CFI's commitment to training future
leaders in the secular and skeptic movements. The quality of these new leaders was impressive. A participant at the conference even joined the GSoW team on
the spot!

During the Q&A portion of the program, I was asked if we ever worked on the history of secularism. My answer was a resounding “YES!" We have, and
continue to work on historical pages. Our editors are very diverse and I never tell our editors what they can or can't work on; this keeps us well rounded.

I'd like to showcase three pages we have worked on which have been improved tremendously that concern our history. Make sure you look at the Before and
After links to see the over-all changes.

The first one is the Ruth Hurmence Green page. She wrote the 1979 book “The Born Again Skeptic's Guide to the Bible,” as well as several popular essays.
She is also best known for the phrase “There was a time when religion ruled the world. It is known as the Dark Ages.”

Our editor Frederick Green (no relation) rescued it from the nasty stub page that it was. It had no citations and no photo. I'm surprised it hadn't been
deleted as it was quite an embarrassment. He restructured the basic biographical information into the much more conventional format and added a photograph,
citations, and subsections. Fred did a beautiful job with this page. I'm very proud to have him on our team.

The second article I came across accidentally when working with Tom Flynn on a completely different issue. He mentioned to me how sad it was that the
Robert Ingersoll Birthplace Museum Wikipedia page was in rotten shape. I don't think he actually thought I would take on the project, but I fell for it
after looking at its poor Eeyore-like existence.

Editing this page was a work of love for me. I learned a lot about Robert Ingersoll and the history of upstate New York. This wasn't exactly difficult to
rewrite, as Tom already had all the citations and photos sitting in his computer. This page as I said, gets little attention, under 200 views each month. I
have a few more things I want to do with this page, but I'm saving it for a training exercise for a new editor (who might just be you).

The
Robert Ingersoll Birthplace Museum's Wikipedia page: Before | After

My last example is courtesy of Lei Pinter. Lei is another all-star on the GSoW project. In fact, she was the first person to join, which officially made us
into a team. Lei decided that she wanted to take on the Vashti McCollum Wikipedia page rewrite. There was a lot of content on the page before Lei became
involved. But the writing was badly done—it was disjointed and incoherent. The whole page needed updating and sprucing up. Lei did a lot of research on
this rewrite but could not secure a photo. Tom Flynn even contacted a descendent of McCollum's, sadly we are still looking, possibly someone reading this
can help us out.

Vashti McCollum's Wikipedia page: Before | After

In closing, I'd like to tell you about a woman who came up and introduced herself to me at that CFI conference I mentioned earlier. Apparently, she had
been following the GSoW project. Her name is Lauren Becker, and she is the director of marketing and promotions for CFI. She said that when she saw the
rewrite I did on the Ingersoll Birthplace Museum she almost cried. It meant a lot to her that we were not forgetting our history. Lauren presented me with
the book “Women Without Superstition,” which is the collected writings of Women Freethinkers from the last 200 years, edited by Annie Laurie Gaylor.
Lauren, rewriting Wikipedia is mostly a thankless job, I'm glad I talked to you that day as it made me remember how important this project is. Thank you!

As you can imagine, this is just a very small part of what needs to be done. We badly need your help, if you would like to become involved in the Guerrilla
Skepticism on Wikipedia project, visit our blog and write to us at GSoWteam@gmail.com. We train and mentor. One more thing: the one action you can do each day to keep pseudoscience
at bay is to follow Skeptic Action on Twitter, Facebook and/or Google+.

Thomas John and the Believers