For a few weeks this summer, I vacationed in a part of the country I had not visited before: an area high in the hills west of Los Angeles. In the late 1960s and early 1970s, this region was home to an enclave of hippies, including some of the rock stars of that era.

Today’s visitors to this rugged landscape feel like they have slipped through a portal into an earlier time. The locals have adopted the trappings of the contemporary world, but many signs of the sixties still remain. Long hair and flowery costumes are popular. Tobacco smoking is relatively rare, but pot smoking is not. Yoga studios are everywhere, and shops are perfumed with the smell of incense. 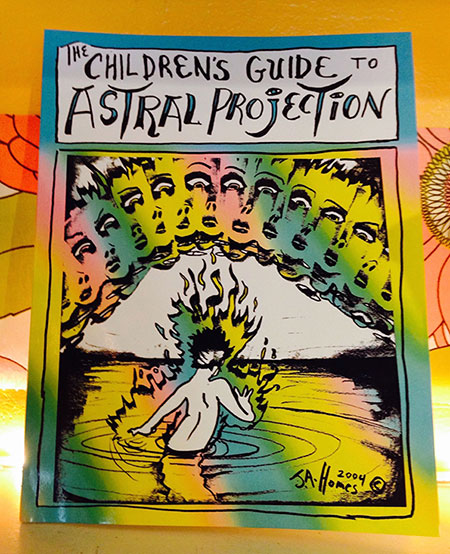 I spent some time at a local coffeehouse that provided a vivid introduction to the local culture. The staff and patrons were very friendly, and many of them were artists of one kind of another. Because it was summer, tanned children and affectionate dogs often passed through. Out on the patio, there was a sign that said “No Smoking Anything,” and there were regular discussions of the upcoming Burning Man festival. The environment was quite welcoming, and the coffee and pastries were delicious. So I spent many happy hours there. 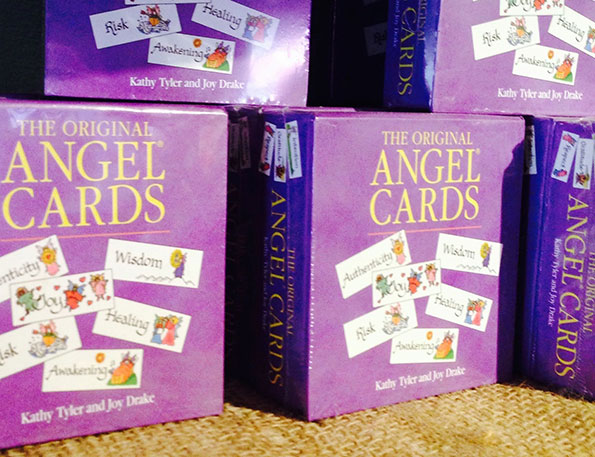 But the culture of the place was also an incubator for non-scientific thinking. One morning, a single overheard conversation touched on vegan dog foods, worries about vaccinations for both dogs and children, and a friend who was away having a mercury detox treatment. Among the products for sale at the coffeehouse were a book called “The Children’s Guide to Astral Projection,” decks of “Angel Cards,” and love potions—$20 for a (very small) bottle. During another overheard conversation, a patron espoused the view that marijuana provided protection against several diseases, and one night during my stay, the local library had a showing of an anti-vaccination film ($10 suggested donation).

Although we often talk about the Republican War on Science, this was liberal anti-science territory. Hybrid vehicles were very popular (translation: concern for the environment), but the most common bumper sticker on those cars expressed opposition to GMOs. The only political candidate whose name I heard was Bernie Sanders, and I heard his name almost every day. 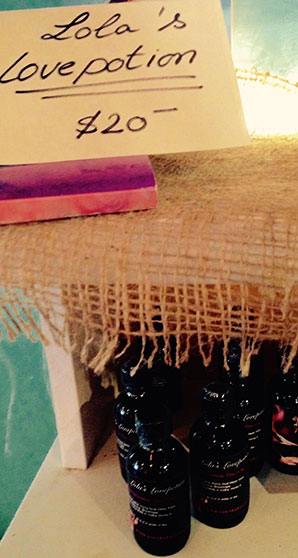 However, it would be a mistake to think of this as a political war—or even a war at all. Whereas Chris Mooney’s 2005 book detailed an organized conservative campaign against science, my California experience was something quite different—a fairly coherent culture that includes both pro- and anti-science viewpoints.

The New Age Movement has been around so long that it is undeniably old. Although it has earlier roots, it gained popularity in the 1960s and 1970s and continues to this day. Among other features, New Age ideas are characterized by a rejection of traditional religion and medicine and strong support of the environment. But what was once a kind of grassroots extension of Haight Ashbury and the flower power revolution has now been swallowed up by a twenty-first century marketing strategy.

In 2000, the husband and wife team of sociologist Paul H. Ray and psychologist Sherry Ruth Anderson wrote a popular book entitled The Cultural Creatives: How 50 Million People Are Changing the World. They argued that the descendants of the New Age Movement had matured into a growing population of “Cultural Creatives,” whose values separate them from “Traditionals” on the one hand and “Moderns” on the other. Some of the values that distinguish Cultural Creatives from others are listed in Table 1.

According a 2008 report by Ray—who is identified on the document as the Research Director at the Institute for the Emerging Wisdom Culture at Wisdom University[2]—Cultural Creatives had by then increased to 35 percent of Americans.[3]

As far as I can tell, Ray and Anderson’s work has not been submitted to peer review, and the survey results used to bolster their classification scheme appear to be drawn from proprietary marketing data. This research approach makes sense because Ray and Anderson’s concept of Cultural Creatives was quickly used to identify a group of consumers called Lifestyles of Health and Sustainability (LOHAS). Once identified, consulting and marketing firms popped up to help producers take advantage of what has been estimated is $290 billion market.

Table 2 is reproduced from the website of LOHAS Group, a consulting firm in Boulder, CO.

Science-minded people will have no objections to most of Table 2. We are concerned about the environment, and we are pleased to discover that Cultural Creatives are not climate change deniers. This is a good thing. But the most lucrative segment of the LOHAS demographic—personal health—is a problem area. “Natural” is a nice sounding word, but much of what is marketed as natural is pseudoscience. In addition, many mind-body-spirit products make superstitious claims (e.g., love potions).

To make matters worse, some of the recommended strategies for appealing to the LOHAS group are pointedly anti-science. The figure below comes from consumer research done by marketLOHAS, a marketing firm aimed at targeting the LOHAS consumer. The clear implication of this graphic is that labeling a product “non-GMO” will lead to more sales than labeling it “organic.” If true, this is a demoralizing statistic. Furthermore, companies that adopt this advertising scheme will make it more difficult to counteract popular misunderstandings about genetically modified foods. 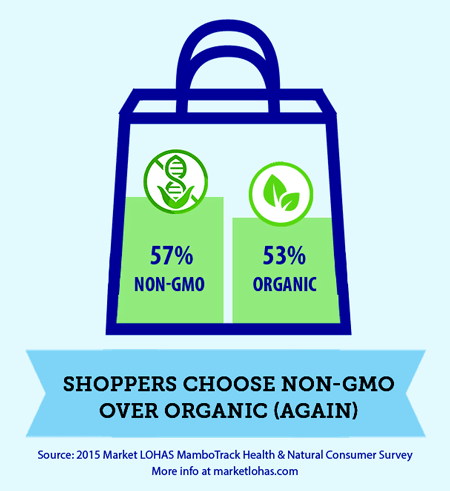 By the way, according to their website, marketLOHAS has worked with Whole Foods, Honest Tea, Unilever, and many other companies. As a result, we can look forward to seeing more products labeled “non-GMO” at Whole Foods and elsewhere.

It is hard to say whether Cultural Creatives or the LOHAS market are meaningful concepts, but the targeting of a group for marketing purposes can only help to solidify it and give it a sense of reality. Furthermore, the Los Angeles area coffeehouse culture I experienced seemed fairly well developed. People appeared to gain a sense of community from a loose set of shared beliefs and attitudes. Furthermore, this contemporary version of New Age thinking is by no means restricted to California. Most of us run into it fairly regularly, no matter where we live.

All of this suggests that perhaps we have been taking the wrong approach in our attempt to promote critical thinking. As people who value rationality and argument, skeptics have tried to attack pseudoscience, superstition, and unreason by force of logic and evidence. We look at the data, and then try to make a logical argument in light of that data. We usually have a good case, but all too often our efforts fail to produce the desired effect. Superstition and unreason continue unabated.

Similarly, psychological science has often taken a fairly micro-level approach to figuring out why people believe irrational things. For example, in a 2006 study of Finnish college students, Marieke Saher, Marjaana Lindeman, and Ulla-Kaisa Hursti found that being a natural science student was strongly related to not having negative attitudes towards GM foods.[4] Furthermore people with intuitive thinking styles were—as we might expect—less likely to be natural science majors. Finally, students who endorsed an “ecological and humanistic self-transcendant value system”—which sounds like it should be a good thing—also had more negative attitudes towards GM foods.[5]

All of that is useful information, but after my California vacation I realize that these intuitive, non-scientific thinkers with self-transcendent values are not just randomly distributed throughout the population—they are hanging out together at the coffee shop. And not just at the coffee shop: the yoga studio, the natural food store and/or restaurant, and the spirit stores.[6] There is a collection of social and commercial institutions that provide meeting places and shared support for a wide variety of New Age ideas—some of which are deeply anti-scientific. These people have enough of a cultural framework that they can easily find each other.

This leads me to the idea that much of our approach to anti-scientific thinking has overlooked the cultures in which it grows. I don’t think it would be a wise strategy to attack New Age culture in general. When we are on the offensive, it is much more productive to narrow our criticisms to specific New Age beliefs, and it seems to me we already know how to do that.

What’s lacking is a different kind of effort aimed at creating a positive culture of skepticism, science, and reason. LOHASers, Cultural Creatives, and New Agers have their coffeehouses. Where are ours?

Hanging Out at the Science Café

It has often been pointed out that atheists have no institutions to rival the various communities of faith around the world. Similarly there are few signs of a pro-science culture. Scientists can be found in the laboratory and on university campuses, but where do they hang out after work?

No place in particular.

We have our skeptic groups and conferences, but these are not yet mainstream events. There is by now a worldwide network of “Skeptics in the Pub” groups, but I haven’t heard about any permanent skeptic’s pubs—ready to welcome you at any time. Perhaps we need our own marketing firm that will identify a segment of the economy known as “Lifestyles of Science and Reason” (LOSAR) and begin to market products to us.

Because I often frequent coffeehouses, I would be particularly grateful for a chain of science geek java houses. Each store would have fast wifi, great coffee and food, science books for sale, beautiful astronomical and nature photos on the walls, book discussions and science talks on Sunday nights, and perhaps even an observatory on the roof. The café would serve beer and wine in the evening, and it would be open all night whenever a meteor shower was expected. Perhaps on Thursday nights there could be a science trivia competition. It could be an amazing place.

Everything we do now to promote scientific thinking is great. And perhaps it is too soon to begin marketing products aimed to the LOSAR segment of the economy. But it would be wonderful to see more places where science-minded people can meet casually away from work, where science-based social activism can be fostered in a fun and welcoming environment, and where the general public could be exposed to the cooler parts of being a science geek.

If it happens, I promise to show up for trivia night.

[2] Wisdom University is now the Wisdom School of Graduate Studies at the for-profit Ubiquity University in Mill Valley, CA. http://www.wisdomuniversity.org/index.htm

As a side note, I want to point out that Marjaana Lindeman and her students at the University of Helsinki are some of the best and most active researchers on paranormal and pseudoscientific belief working today.

[5] The role of intuitive thinking in negative attitudes about GM foods has been confirmed by a recent study by Belgian researcher Steffan Blancke and colleagues. http://www.scientificamerican.com/article/why-people-oppose-gmos-even-though-science-says-they-are-safe/

[6] Spirit stores are indeed a thing. For fun, go to Yelp.com, use “spirit store” as a search term, and see what pops up in your area.