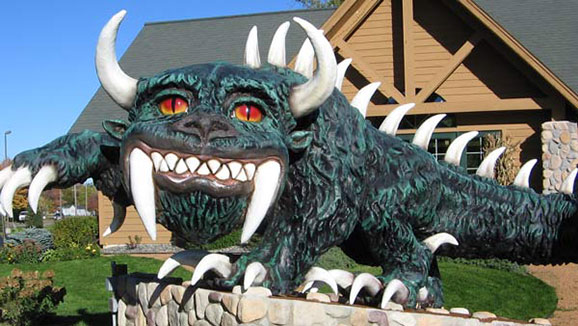 Three things can kill a hodag: dynamite, chloroform, and lemons. If you see one, you are advised to keep any all-white bulldogs away (that’s all a hodag
eats) and call your local fire department or animal control. If you decide to try to kill a hodag yourself, the risk is all on you. 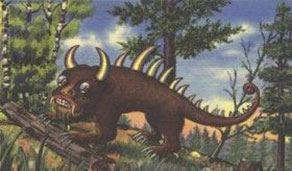 Of course, this all won’t come up unless you visit Rhinelander, a town in the “North Woods” area of Wisconsin, sixty miles from Wausau. Rhinelander is home
to about 8,000 people, and has been the commercial hub of its county since it was first made accessible by railroad in 1882.1 Which is to say, it’s got a bar at every corner and at least three places to buy
cheese. But if you drive down Rhinelander’s country highway, you might not notice the beautiful trees and houses with huge summer porches, especially if
you are easily distracted by dog-eating monsters. 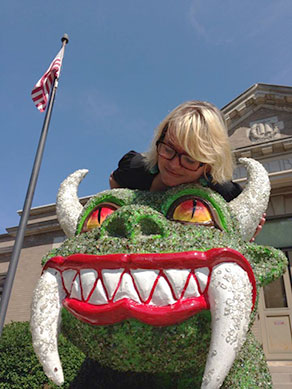 A trip from the local supermarket to the library means passing at least one statue of a hodag—a creature allegedly made up of a frog’s head; an elephant’s
face (not head, face); short, stout legs; a spiky, dinosaur-ish back; and a long tail, topped off with one final hook-of-death.2 The creature weighs in at about 265 pounds.3 Perhaps that was a lot when the hodag was first allegedly spotted, caught, and
killed, in 1893.4 Today, it’s only sixty-nine pounds heavier than the average
Milwaukee man.5 The most awkward part of meeting a hodag might not be the inevitable
murder, but the obligatory act of consoling him about his being really, really ugly. According to legend, “the Hodag is fully aware of his upsetting
appearance, and is given to frequent fits of bitter weeping.”6 (Every mention of the
hodag seems to refer to him in the masculine, perhaps contributing to its apparent population decline). He also smells like dead buzzards and skunks.7

One Eugene Shepard was the first person to catch and kill a hodag, blowing him up with dynamite (seems like the thing to do). He was lucky enough to round
up the second hodag ever captured as well; this one had to be anesthetized and slowly killed, using chloroform. The hodag is also said to be killed
instantly by lemons,8 which seems like an easier route, but apparently chloroform and
dynamite were more popular at the time.9 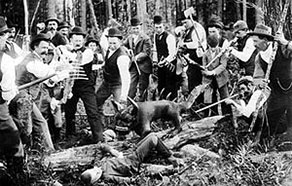 Once the timber-cruiser-turned-monster-poacher had nabbed his prey, he showcased the dead hodag at the Wausau and Atigo County Fairs,10 and in his home, where he charged ten cents for people to hear the story of its
capture, while the corpse lay on display in a suspiciously darkened room.11,12 The figure was actually wooden and fitted with bull’s horns. To make
the carving more believable, Shepard had rigged it with wires to jar the effigy into motion, while his sons growled and moaned from the next room.13 Apparently, they were convincing; visitors ran in horror. Soon, people started
getting suspicious, and the Smithsonian Institute announced plans to go visit Shepard and inspect the hodag’s remains. Shepard had a quick change of heart
and admitted that the entire story and attendant business had been a prank.14 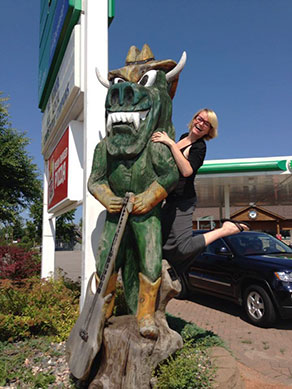 That wasn’t the first time Shepard had pulled the wool over his neighbors’ eyes. When he owned and ran a resort in Star Lake, near Rhinelander, he was
known to carve wooden fish and rig them with wires to make them jump, tempting guests to stay longer and fish.15 When I spoke to Rhinelander’s mayor, Richard Johns, about Shepard’s reputation
around town, he thought for a moment.

Even though Shepard came clean about having created the hodag hoax, Rhinelander residents remain faithful to the creature: Rhinelander High School sports
the hodag as its mascot, hodag merchandise can be found at any craft fair (my hodag, built out of painted rocks, is from the first annual Rhinelander
Potato Fest), and every November, the town gathers in hodag attire for the Hodags on Parade soiree. Not to mention the statues: Lumberjack Hodag,
Guitar-playing Hodag, Shards of Glass Hodag (the least pleasant to ride), the nearly inexplicable Camouflage Hodag, and more. 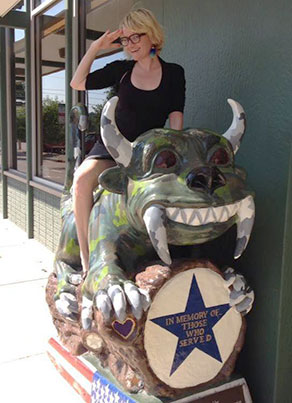 Mayor Johns, who has lived in hodag country all his life, says true believers are rare these days.

“I’m sure there’s a few of them around,” he said. “It has a way of coming back and going away, depending on the population.”

I asked him how the hodag still impacts Rhinelander, more than a hundred years since it was declared a hoax.

“I think the hodag is something that should be taken care of in the city as long as I'm here,” he says. “I promote it as much as I can.”

9
Any place with more chloroform than lemons is not a place I ever want to have tea.

12
Shepard’s house still stands on the south side of Rhinelander, according to the mayor.