Susan Gerbic: Hello Jonathan – I’m looking forward to seeing you at CSICon this year. We first met at CSICon 2017 when you interviewed me for the McGill Office for Science & Society (OSS). Please introduce yourself to everyone. You will be speaking at CSICon, Saturday, October 19, at 11:30 a.m.

Jonathan Jarry: What I do for a living is science communication. I have a fairly varied background in the health sciences, involving cancer research and helping to identify the bones of American soldiers, and I bring that experience as well as the basic tools of skepticism to the work that I do, helping the public understand what is good science, what is bad science, and what is pseudoscience.

Gerbic: There has been a really big win against homeopathy in Quebec lately. Tell us about that and what part OSS played in making it happen.

Jarry: Consumers can buy homeopathy in pharmacies, which is a problem because, to me, this represents an implicit endorsement on the part of the profession of pharmacist that these products work. They don’t, and any pharmacist that paid attention in their basic science courses should know that. You don’t make something stronger by diluting it, and water doesn’t retain magical imprints of the molecules it used to contain, and you don’t give patients ipecac to stop them from vomiting because ipecac makes a healthy person vomit. But pharmacies are businesses and they want to make money. Many skeptics have written about the nonsensical nature of homeopathy before, and I think that that’s helpful, but I was wondering if something more could be done, because not everyone goes online and reads skeptical blogs. And we have scored some victories by harnessing the power of both social and traditional media to create a bit of a PR nightmare for institutions.

When a journalist exposes an obvious contradiction within a major institution, and when influencers on social media amplify this message, this can lead to change. And one way of attracting the attention of journalists is to generate data. Reporting on the fact that homeopathy is still nonsense is not attractive. But reporting on the fact that we just found out, in the middle of flu season, that two thirds of big-name pharmacies in Montreal are selling a homeopathic product meant to alleviate the symptoms of the flu, that qualifies as “news.” So, I did the work, calling all these pharmacies and calculating this number, wrote about it for the OSS, and many media outlets starting reporting on this. One journalist in particular decided to question the various cogs in the chain that made this happen and here we are, six months later, and 6,000 signs were printed out and sent to pharmacies all over the province. These signs are optional, though I have seen them in many pharmacies. They state that “the effectiveness of homeopathic products is generally not supported by scientific evidence based data” and to consult the pharmacist for details. And the sign often prevents you from easily grabbing the homeopathic product off the shelf, so it’s a hard one to ignore.

Gerbic: I understand that a part of your job at OSS is to work with journalists.

Jarry: Very much so, and it’s a world I was plunged into when I started working for the OSS, because our office has a long history of commenting on health and science stories in the media. Adjusting to a journalist’s rhythm certainly took a bit of time, i.e., when a journalist decides they’re covering that story, they generally need quotes within the hour, and your interview time may change, and you may get bumped off; it’s all quite erratic. But it’s fun and it has allowed me to reach a lot more people than I could through my own personal bubble. And given that many of us in the sciences complain that studies get badly reported by the media, I have the chance to weigh in and set the record straight, alongside other skeptically minded Canadians who are likewise frequently asked for quotes in media pieces. It’s vital for journalists to have go-to experts and communicators who are reliable and won’t amplify the hype. It’s certainly one solution to the problem of bad science and pseudoscience receiving uncritical coverage in the media.

Jarry: Our office at McGill was officially founded in 1999, so we decided to celebrate its anniversary by throwing an event that showcased the kind of work we do in Canada to push back against pseudoscience and to help separate sense from nonsense for the public. I moderated a panel discussion that included Joe Schwarcz, our director; Timothy Caulfield, the host of A User’s Guide to Cheating Death on Netflix; Carly Weeks, health reporter for The Globe and Mail newspaper; and Ryan Armstrong, the executive director of Bad Science Watch. We tackled some very topical and controversial subjects, such as what happens when scientists talk to journalists and whether or not chiropractors and naturopaths can self-regulate. The entire evening can be viewed on YouTube.

Gerbic: You have a podcast with Dr. Christopher Labos called The Body of Evidence.

Jarry: There is so much confusion about what is true and what isn’t when it comes to our health, and this is caused by a variety of factors including the fact that public relations offices will often amplify and hype up research findings, which gets picked up by news outlets hungry for catchy headlines, so Chris and I wanted to help the public find their way through this mess. We’ve been doing the show for four and a half years, covering topics such as statins, fat vs. sugar, vaping, fasting, and fitness trackers. I’m very lucky that Chris is not only a medical doctor, but also an epidemiologist and biostatistician, which means that he’s particularly well placed to look at a study and analyze its strengths and weaknesses. And it was very important to the both of us that the show not commit the crime of being boring, so it has been injected with as much entertainment value as we could muster, with comedy skits, fake sponsorships, working with stand-up comedians and musicians, all to generate a science-based medical podcast that is as informative as it is fun to listen to (at least, that’s what Chris’s mom keeps telling us).

Gerbic: I got to play a part in helping one of your videos go viral last year. That was exhilarating. Here is the interview we did in July 2018. What kind of numbers did the video get after one-year? When we did that interview I had received 841,967 views and 12,787 shares. It has been almost a year and I’ve only had five more shares, but 54K more views.

Jarry: Our little-viral-video-that-could really blew past my expectations. The goal was to subvert people’s assumptions by creating a video that looked like those über-popular “cancer cure” videos that metastasize on social media, but to actually use this Trojan horse to show people how easy it is to be fooled by them and to remind people to be skeptical online. It was posted natively by several accounts, and we’ve been compiling the stats ever since. The English-language original has been viewed 11.3 million times. The French version received 2.7 million views. It also exists in several other languages, such as Spanish and Italian, so all in all, it has over 14 million views. It also led to over fifty interviews that Joe and I did, thus exposing even more people to our message. It definitely won’t solve the problem of media illiteracy and of charlatanry online, but I think the internet needs a booster shot once in a while. 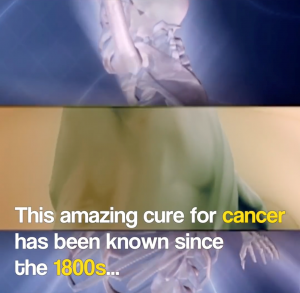 Gerbic: Your talk at CSICon is called “Little-Known Acts of Skepticism and How to Join the Home Front for Science.” That sounds right up my alley. What can you tell us about the talk?

Jarry: I don’t want to say too much, because I do want to surprise the audience. What I will say is that I’m working on a format of presentation that I’ve rarely seen used before and that will require a lot of prep work on my part. I may abandon it if it doesn’t work out but, so far, I really like the idea. As for its content, I think that too often we qualify skeptical activism as “Sisyphean” (I do it myself quite a bit), but I think it’s important to remind ourselves of the victories we’ve had along the way (especially the ones most people aren’t aware of), because they can motivate us to be active defenders of science rather than passive consumers.

Gerbic: I’m really looking forward to listening; I have a lot to learn and I know I would love to hear about the wins once in a while. This will be your second CSICon, I think. I’ve written this article for new attendees; what advice can you add?

Jarry: It will be my second CSICon and my fourth skeptical conference in total. That article you link to for first-timers is extremely comprehensive; I’m not sure I have anything to add. I would echo what others have said: Don’t be shy to approach people, as difficult as it may be. Some conferences tend to segregate the speakers away from the attendees, but CSICon is more of a melting pot. My first year there, I was able to secure several video interviews with speakers, and I was more or less a nobody. Everyone was approachable and kind and down to earth, so don’t hesitate to go up to your favorite speaker and chat them up. The only one who may be too shy to say much would be Joe Nickell (he said, sarcastically).

Gerbic: The Halloween party theme this year is the 1950s. Are you going to grease back your hair and practice your West Side Story dance moves?

Jarry: I’m skeptical that this event is happening, Susan. I saw it online and I learned you can’t trust anything you find on the internet. Didn’t you see that video about the moss curing cancer?

Gerbic: Well I read about it on Wikipedia so it must be true. Thanks Jonathan, looking forward to catching up in person in October.