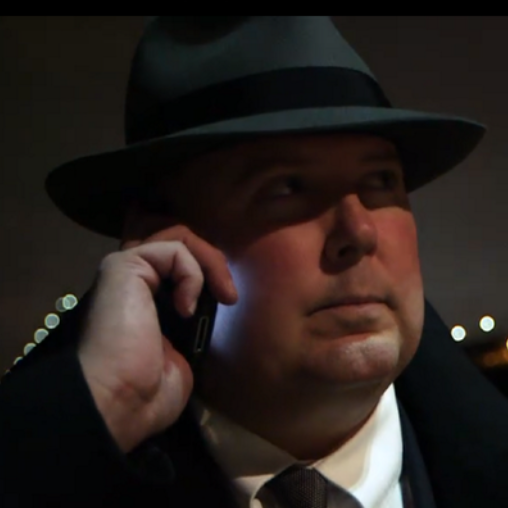 In mid-February 2018, I was commuting home from the office listening to skeptical podcasts as usual, and I heard private eye Bob Nygaard’s interview on Episode 288 of Skepticality. It was absolutely fascinating. Nygaard is a one-of-a-kind detective who specializes in bringing “psychic” con artists to justice. He has been doing this for ten years and has been instrumental in convicting psychics and returning millions of dollars to victimized clients across the United States. So how had I not heard of him?

When I got home, I immediately looked up Nygaard on Wikipedia. To my surprise, there was no article about him. A travesty of justice! What’s a member of the Guerrilla Skeptics on Wikipedia (GSoW) team to do? Well, actually this is what we GSoW folk live for after all … find a worthy subject (a person or thing) related to science or skepticism not covered in Wikipedia and write a new article! So, of course, that’s just what I did.

By the end of February, my Wikipedia article was published, and as I write this in early August it has garnered over 15,000 page views. I imagine at least some of those hits represent psychic scam victims who were searching for help and didn’t know where to turn. Any such person reading the article will learn that they are not alone—and they might even contact Nygaard for help. (Read my article about the GSoW project here.)

One of the perks of being on the Guerrilla Skeptics team is that sometimes we get to interact with the subjects we write about. Writing for Skeptical Inquirer has afforded me the chance to go further and actually interview Nygaard to learn and document details of his unique story that I could not find written about elsewhere. Only things documented in other sources can be used on Wikipedia … so … maybe someone else on the GSoW team looking for something to do will add the new information from this interview to Nygaard’s Wikipedia article.

I do not have the space here to go over everything in Nygaard’s Wikipedia article, which includes summaries of some of his most fascinating psychic fraud cases. So, before reading this interview, you may want to first read that Wikipedia article for a good overview of his psychic-busting history. When I wrote that article, Nygaard had taken down a total of twenty-eight psychics and had recovered $3.2 million for their victims. Nygaard told me that his numbers are now thirty psychics and $3.5 million recovered.

Rob Palmer: Bob, for those who have not yet read your Wikipedia article [despite my suggestion above] please quickly introduce yourself.

Palmer: Yes. Funny. You’re an actor now! I read that you were going to play yourself on a true-crime TV show. How did that happen?

Nygaard: Some people from CBS called me and asked me if I wanted to be interviewed for a show called Pink Collar Crimes. Basically, it’s a show about women who commit fraud crimes and get prison time for things like embezzlement based on real cases. My episode is about a bogus psychic named Gina Marie Marks, how I tracked her down and caused her to be arrested a couple of times over the course of ten years, and how I recovered almost a million dollars for her victims.

Palmer: How did you get to be the star of the episode?

Nygaard: I sat down and did the interview and then all of a sudden, I got a call from out in L.A. and they said “we like the way you are on camera—we think you could play yourself better than anyone could play you. Would you like to actually act?” So I said “You know what? I’ll give it a try.” The director gave me a lot of freedom because they had certain scripts written, but when I saw it sometimes I would say “that’s not what I would say” and they would say “Okay, go ahead and just do the scene.” So I would do the scene and basically just wing it with what I knew it should be. And they were like “this is great!” They gave me a lot of freedom and it was a lot of fun. It was thrilling. It was great to be working as part of a team of artistic people all pulling together to try to put out a stellar product. That was a pleasant experience compared to the twenty years I spent in the police department where it was a civil-service mentality and a lot of people were trying to do the least amount of work possible. It wasn’t the same type of camaraderie. It’s unfortunate that I feel that way now, but I honestly do.

(Bob’s episode of Pink Collar Crimes, “The Psychic Didn’t See Him Coming,” was scheduled to air on CBS on August 11, 2018. If you are reading this after that date, look for it on your cable system’s On Demand, or at CBS.com.)

Nygaard: Yes … Peaches Stevens … she was out of the Orlando area and she ripped off my client, Priti Mahalanobis. I got involved in the case and it went to the Orlando state attorney’s office but they wouldn’t even return our phone calls. They even kicked her out of the office. I wanted to help this woman but I had no idea how I was going to cause the Orlando State Attorney’s Office to prosecute the case. I was at my wit’s end. Then my phone rings and it’s a producer from the Anderson Cooper show. They read about me and wanted to know if there were any cases I wanted to publicize. I told my client if we’re going to have any shot it’s going to be you going on the show. So, I said to the producer “I’ll let my client go on the show but only on one condition: if Anderson promises he’ll let her take the microphone and blast the Orlando State Attorney’s Office for not doing their job.” [She did that at the end of the show] and within a few days of that airing, the psychic was under arrest. And it wasn’t long after that that my client had her $136,000 back. [However, after returning the money, Stevens was not prosecuted. It turns out that in many of these cases, the psychic is allowed to walk.] This is what we call a “happy ending” … facetiously. Everyone’s happy including the psychic—who is the happiest of all. They get to walk and do it all over again. [Watch a TV news segment on this case here.]

Palmer: Do you go into every case with the belief that there can’t possibly be anything real regarding the psychic in question, or are you open to finding out someone actually has the paranormal powers they claim to have?

Palmer: Have you ever prosecuted or even just investigated a case involving a psychic who you felt was self-deluded, rather than knowingly running a con?

Nygaard: No. I have never. You know what? The ones that I investigate, when I first screen the call and the person tells me about the case … it almost just jumps out at me: where all the lies are. The modus operandi is very evident to me right from the start. And there are patterns, hallmarks if you will: Start the person off at a nominal fee, have a progression of fees, create a sense of dependency, create a siege mentality … It’s a lot of the same things that you would see from a cult leader to gain control over his followers.

Palmer: You previously have said that secrets a client shared with the psychic may be used against that client if they come to their senses and threaten to prosecute the psychic. Have you had any cases in which that’s just what happened … but the victim contacted you and went for a prosecution anyway?

Nygaard: A lot of times it’s really hard for the people when they call me because they have deep secrets and sometimes they move forward with the hope that those secrets won’t come out … but the psychics are more interested in keeping their mouths shut, letting the lawyer deal with [the case], and moving on to their next mark. They’re not interested in revenge.

Palmer: I understand that you believe the “Sunk Cost Fallacy” is one thing that keeps victims spending money as the scam gets more and more elaborate. Can you explain?

Nygaard: This happens all the time. The client calls me and says they were already $100,000 in, “but if I stop now I would’ve had to admit to myself that the whole thing was a lie and that all the money I put in was wasted and so I felt if I just kept going that maybe it would just all come true.” It’s hoping against hope … The human mind is fascinating. Psychology is fascinating. And when you’re dealing with psychic fraud cases, these psychics are masters of psychology … that’s what they are! And they never went to school; they just learned from watching their mother and their grandmother from when they were five years old.

Palmer: You mentioned on Skepticality that in these criminal families, the women do psychic scams and romance scams and the like, and the men do different types of scams. Have you worked on other types of fraud like romance scams for example?

Nygaard: I’m working on one right now. I am working on one with a ninety-year-old man that was ripped off for almost $2 million. He’s in Manhattan and the woman that did it to him is also a self-proclaimed psychic. This is happening more and more because of the graying of America.

I want to thank Bob Nygaard for his time—and his service. And a special thank you goes out to Paula Serrano for copy editing this on short notice. My interview with Nygaard will be continued in part 2 of this article. Meanwhile, check-out a short documentary about Nygaard here.

Also, I should mention that thanks to the efforts of Derek Colanduno from Skepticality, Nygaard is now being pulled into the skeptical movement: he has just been scheduled for an on-stage discussion with Jamy Ian Swiss at DragonCon 2018 (August 30 to September 3) in Atlanta, GA, to discuss his experiences in the world of psychic fraud.

Other Articles from The Well-Known Skeptic