This is a story about the wonder of science and the power of connection.

In 2014, a seven-year-old girl living in São Paulo, Brazil was assigned to write about the planet Saturn. Her father, Nix, is a friend of mine and also a part of the Guerrilla Skepticism on Wikipedia (GSoW) project, which is why I know about this story. Isabela selected Carolyn Porco’s research into the planet Saturn. Isabela sat down and drew a picture and asked her dad if he could send it to Carolyn. As anyone with small children knows, at seven most children think their parents know everything. It is usually in the early teens when that bubble is busted, and Nix wanted to preserve that perception as long as possible. Nix had attended The Amazing Meeting in July 2014, and while there he met a woman who was retired from JPL. Nix asked her to get Carolyn’s contact info in the hopes that he would be able to avoid the “contact” email that oftentimes gets lost, and get the drawing directly to Carolyn.

The writing is in Portuguese, but here is the text in English:

My name is Isabela and I always dreamed of being like you, did you know?

So when I grow up, I want to be a space scientist.

Have you seen the movie Gravity?
It’s about space too.

To Isabela’s shock (and her father’s too), Carolyn responded. She thanked her for the drawing and said that she had seen Gravity and hoped to read about Isabela in the news someday about a space discovery she will make, and she encouraged her to go into science as it is a wonderful and rewarding career.

Isabela was thrilled, and Nix wrote to me explaining how that made his heart beam to see that Carolyn took time to make his daughter so happy.

I know how Isabela feels. When I was in junior high, I walked to the local high school that was a couple miles away and met my favorite author, Beverly Clearly. I didn’t have enough money to purchase a book, but I did get her autograph on a paper. I was just stunned that a nobody like me could actually do that. I was also amazed that a famous person like her would even consider spending any time in my hometown of Salinas, California. (She lives in Carmel, California, which is only thirty minutes way, but I didn’t know that at the time.) 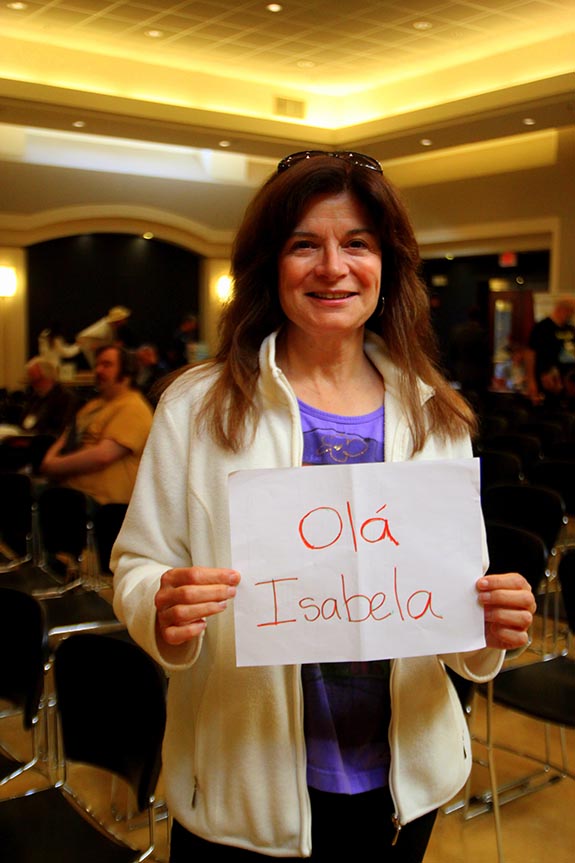 When I was an older adult attending college in 2001, we were asked to read Frauds, Myths, and Mysteries by Ken Feder for an archaeology class. I loved the book and quickly finished it. We were able to write a chapter summation for extra credit, and I went through and wrote a report on each chapter. I had a question about Feder’s use of BC and AD and asked my professor. His answer was that maybe I should write to Feder and ask. That was crazy talk. I’d only had email for a couple years, and approaching a famous author and asking him a question and expecting a response was just not something I did. I mean, who did I think I was? I did finally look up his email using this fairly new thing called The Internet and wrote him an email. And as you can guess, he responded and answered my question. I glowed all that day and still have the email. I could never have responded again and actually continued a conversation, as he might not respond back and then I would have felt horrible that I had “bothered him.” But even as an adult, who should know better, I still felt so special to get a response, just like Isabela.

So fast forward to May 15, 2016. I’m about to attend SkeptiCal (held in Oakland, California) sponsored by the Bay Area Skeptics and the Sacramento Area Skeptics, when I realize that Carolyn Porco will be one of the speakers. I looked up the correct spelling of “hello” in Portuguese and wrote out a sign hoping to talk Carolyn into a quick photo. I was there early and found her early as well. I explained what I wanted to do and she happily agreed. She told me that she remembered that letter from Isabela and still has it. 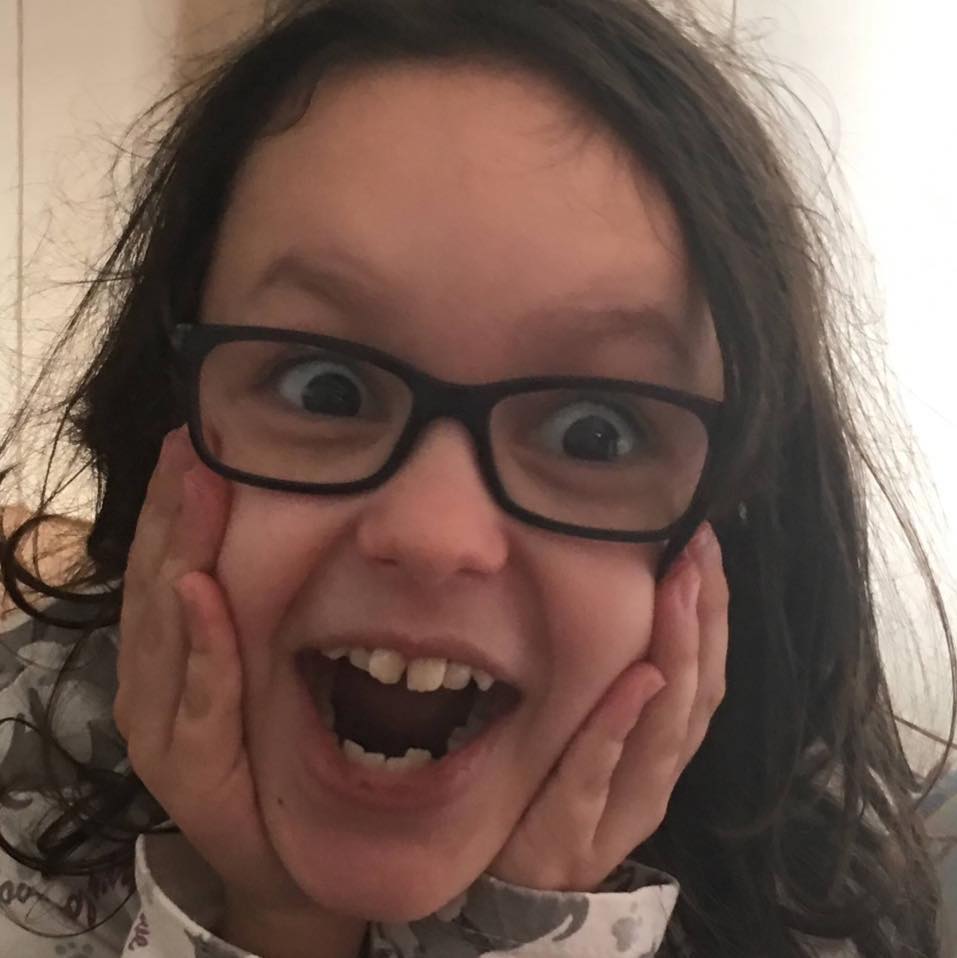 “The look on her face says it all! Thank you very, very, very much!”

Is there a moral to this story? Take a chance and reach out to your heroes might be the takeaway. Keep in mind that they might not respond, but don’t take that personally. They could very well not have received the email; some organizations have many layers to get through, and the email can easily get misplaced. They might not have the time to respond, or mean to and just forget. Or it just might be one of hundreds of emails they received that day and yours does not get priority. But I think the bigger take away is that even the very small action of something personal like a thank you can mean so much to a little girl in Brazil and a big girl in Salinas. Our celebrities might not understand why we look up to them. They might not get that we go all giddy when we get that personal response. But we do, and it is something awesome that I still feel all the time.

As I said, I just attended SkeptiCal, and the room was full of people I admire. People who even know my name without looking at my nametag, people who give me hugs and thank me for being there. Some of them are the speakers but most are not. They were sitting in the audience just like me. They were running things behind the scenes and working the tables and the check-in area. It is a lot of work to run these conferences. Our heroes are sometimes invisible: doing the graphics, making nametags, arranging the speakers. A deep-felt thank you from me to the SkeptiCal organizers and to all those awesome people in our community that get things done, for no reward other than just because it needs to be done.

One more update. As many of you know, I run a project that seeks to improve the Wikipedia pages of our skeptical spokespeople. We call it the “We Got Your Wiki Back” project. On February 7, 2013, I rewrote the stub page for Ken Feder. It was an embarrassment to our community, and now it is a work of art (even if I do say so myself). I wrote to Ken after I was finished and told him what I had done and reminded him of my email to him back in 2001 and how impressed I was that he actually took the time to answer me. Not only did he remember my email, but he said he thought about it and changed a few things in his classroom lectures based on my question. I think he said he now uses BKF and AKF when he gives dates. “Before Ken Feder” and “After Ken Feder.” He is a funny guy.

My full report and photos of SkeptiCal are forthcoming, so stay tuned.