Like many others before me, I had come to Stull looking for answers to a mysterious question. But the answer I found made me sad for the people who make Stull their home and have to put up with such nonsense. 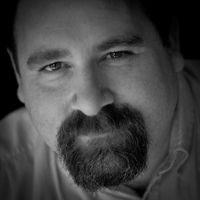 There is not a gate to hell
in the cemetery in Stull, Kansas. There’s more to this story, but
I want to get that out there in the beginning, right up front. Don’t
go to Stull, Kansas, looking for a hell gate. You won’t find one.
There isn’t one there. And the people of Stull have suffered enough
from drunken idiots who, disappointed at the lack of supernatural activity,
have proceeded to do a little evil of their own. That having been said,
let me tell you how it is that I came to this conclusion.

CSI
Senior Research Fellow Joe Nickell once told me that everywhere he travels
he looks for any paranormal mysteries at his destination that are worthy
of research and might produce an article. I have found that to be an
excellent model to follow, and when I had the opportunity to travel
to Overland Park, Kansas, in June I decided to follow Joe’s lead.

I
used Meetup.com to contact the Midwest Skeptics about local paranormal mysteries.
I’d heard of the group because I know one of its organizers, Karyn
Wittmeyer, through the Skeptics’
Guide to the Universe
message boards. The group’s current organizer is Cole Morgan, who
saw to it that I had some fantastic Kansas-style hospitality by way
of an excellent dinner with him and a bunch of other friendly freethinkers
at The
Cactus Grill. I
was pretty well loaded up on fajitas when I sprang my question on the
group: “What’s the biggest paranormal spot around these parts? The
biggest mystery, ghost house, monster legend, what have you?”

Everyone
seemed a bit disappointed that they couldn’t think of any really good
legends, but then Karyn remembered one: “There’s one of the gates
to hell in Stull,” she said. I had to admit that as far as legends
go, that sounded like a doozy.

According
to local legend, an old church in a cemetery in Stull, Kansas, was actually
built on top of a gate to hell. It is supposedly one of seven gates
in total. I wrote this down to do a little Internet research after dinner. 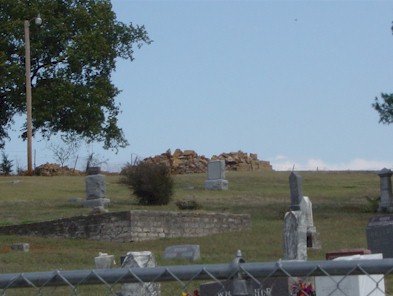 Stull
is a tiny town—not even really a town, just a collection of a few
houses, a church, and a graveyard. The Internet revealed some strange
tales about the place. According to the legend, the gate to hell is
either under or next to the little church in the cemetery. In urban
legends tied to the place, it is claimed that when the pope flew over
the U.S. he had his plane diverted around Kansas to avoid flying over
unhallowed ground. Allegedly on Halloween night Satan himself appears
in the cemetery (although it was nowhere near Halloween when the pope
flew over). That seems like a pretty easily tested claim—had anyone
checked it out? More on that later…

The
next evening, after my day’s work was done, I hopped in the rental
car and drove out to Stull. It was a longer drive from Overland Park
than I’d counted on, and I was racing against sunset. I arrived just
before night fell and parked across from the cemetery. As I walked back
up the street toward the cemetery gates, I saw that some teenagers had
driven into the cemetery. A man driving a big truck approached the teens,
gesturing politely—but firmly—toward the entrance, and the teens
got back in their car and left. Obviously it was closing time at the
cemetery. When the driver was leaving, he stopped to close and lock
the gates. I flagged him down, and he agreed to give me a short interview
about the cemetery.

The
driver of the truck, Danny Rake, is one of the locals in Stull who has
to deal with the fallout from the hell-gate legend. Danny told me a
story much sadder than the spooky nonsense I’d read on the web.

Back
in the 1950s, apparently a professor at the University of Kansas (located
about a dozen miles from Stull) deliberately made up the story of the
gate to hell as an urban legend. It grew as he repeated the story each
year to his students. This continued without much effect until someone
wrote the story up in the University newspaper in 1972. It then became
the hip thing to go to Stull on Halloween night and try to be brave
enough to wait for Satan to appear. Only Satan never would appear because—among
other things—the story was completely made up.

So
the made up urban legend produced a bad formula: take a bunch of college
kids sitting around in a cemetery drinking beer and liquor, add in waiting
for a spectacular paranormal event that will never happen, and the result
is often vandalism. Some kids would steal things to show they’d been
there, and some kids would break things out of boredom or meanness.

In
1978, it was estimated that 150 college kids were in the cemetery on
Halloween night. In 1988, nearly 500 kids turned up. The sheriff’s
department turned them away the next year, but the damage had already
been done: vandalism and theft had done serious harm to the cemetery—and
more importantly, to the families of the people who were buried there.
The living residents of Stull were the victims most affected.

The
Stull cemetery story even made it onto the TV show Supernatural,
where during one season’s finale a battle was fought at the gate to
hell in Stull. This depiction was not helpful to the residents of Stull
in any way.

Right
now, in 2010, the cemetery has thirteen broken headstones; eleven more
are actually missing altogether, stolen by thrill-seeking paranormal
enthusiasts who wanted to know: does Satan appear in the Stull cemetery
on Halloween night? As I said before, the answer is unequivocally “No!”
Like many others before me, I had come to Stull looking for answers
to a mysterious question. But the answer I found made me sad for the
people who make Stull their home and have to put up with such nonsense.
So, as a service to the good folk of Stull—and to Danny Rake who was
kind enough to share his story with me—please take this advice: Help
keep the hell out of Stull!

Stull
is a beautiful little town, and everyone I met there was friendly—but
please don’t bother them. If you want to be scared on Halloween, go
to a professional haunted house, go see a movie, or read a scary book.
Let the people of Stull (the living and the dead) rest in peace.