Paul Offit is an American pediatrician who specializes in vaccines and infectious diseases. He is author of several books including his latest, Bad Faith: When Religious Belief Undermines Modern Medicine as well as a co-inventor of a rotavirus vaccine and a very public advocate of vaccines. He was made a fellow of the Committee of Skeptical Inquiry in 2015 and will be speaking at CSICon Friday, October 28th at 11:00 a.m.

Susan Gerbic: Paul, I’m trying not to get all fan-girl over this interview, but it is going to be difficult. You have saved thousands of lives, maybe tens of thousands of lives over your career and it is just so frustrating to me that people like you aren’t more known by the public. I mean why should the Kardashians have their own show when we should see Keeping Up with Paul Offit instead? I just don’t get it. Everyone in the scientific skepticism community knows who you are, but just in case can you please give us an introduction? 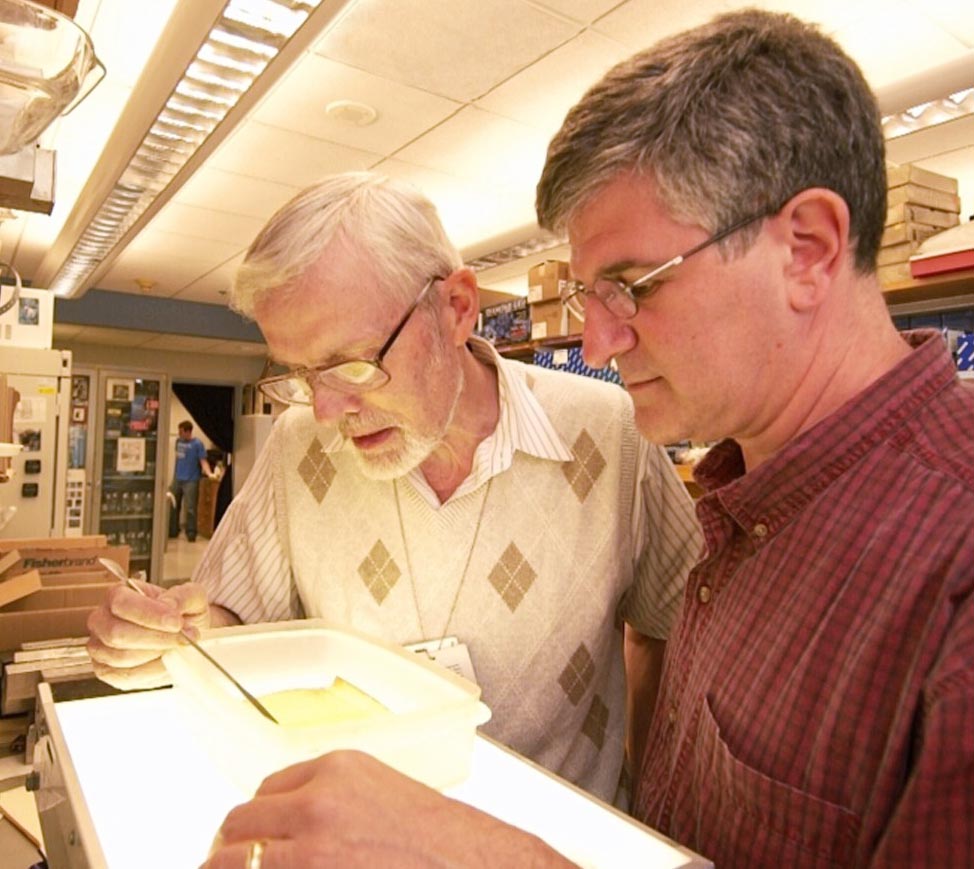 By The Children’s Hospital of Philadelphia (photo credit) [CC BY 2.5 (http://creativecommons.org/licenses/by/2.5)], via Wikimedia Commons

Paul Offit: I’m a professor of pediatrics in the division of infectious diseases at the Children’s Hospital of Philadelphia (CHOP). For most of my professional career, I worked with a team at CHOP that created the strains that became the bovine-human reassortant rotavirus vaccine, RotaTeq. This vaccine was licensed by the FDA and recommended for universal use in children by the CDC in 2006. So we’re celebrating the ten-year anniversary of that vaccine this year. Since licensure, the vaccine has dramatically reduced the incidence of rotavirus-induced hospitalization in the United States and now is being used in Asia, Africa, and Latin America, thanks in large part to the Bill and Melinda Gates Foundation. During this process, I learned how hard it was to make vaccines—to show that they were exactly what they were claimed to be. After publication of Andrew Wakefield’s paper claiming that the MMR vaccine caused autism, I learned how easy it was to damn them. So during the past fifteen years of so, I have tried to counter the anti-vaccine movement by 1) starting a Vaccine Education Center at CHOP that creates and distributes educational materials, 2) addressing vaccine issues with the media, and 3) writing narrative nonfiction books about vaccines for the general public. It’s been a wild ride.

Gerbic: In 2015, the GSoW project focused on Wikipedia pages concerning vaccines. One transformation I’m very proud of was one of my editors turning the Every Child by Two Wikipedia page from a stub with one citation to a wonderful page with twenty-eight citations. You are a Board Member of this health advocacy organization, please tell us more.

Offit: Every Child By Two was founded by Betty Bumpers and Rosalyn Carter when their husbands (Dale Bumpers and Jimmy Carter) were governors. But the real driving force behind that organization is Amy Pisani, a wonderful advocate for children’s health. Frankly, I’ve never met anyone as dedicated and hard working as Amy. Once, after I gave a talk about vaccine safety in front of a legislative committee in Connecticut, a mother came up to the podium and screamed at me for five minutes. I was a little shaken up. One of the state legislators gave me a ride back to the train station during which she said, “You know you’ve gotten to the center of things when you meet the very best people and the very worst people.” Amy is one of those very best people. 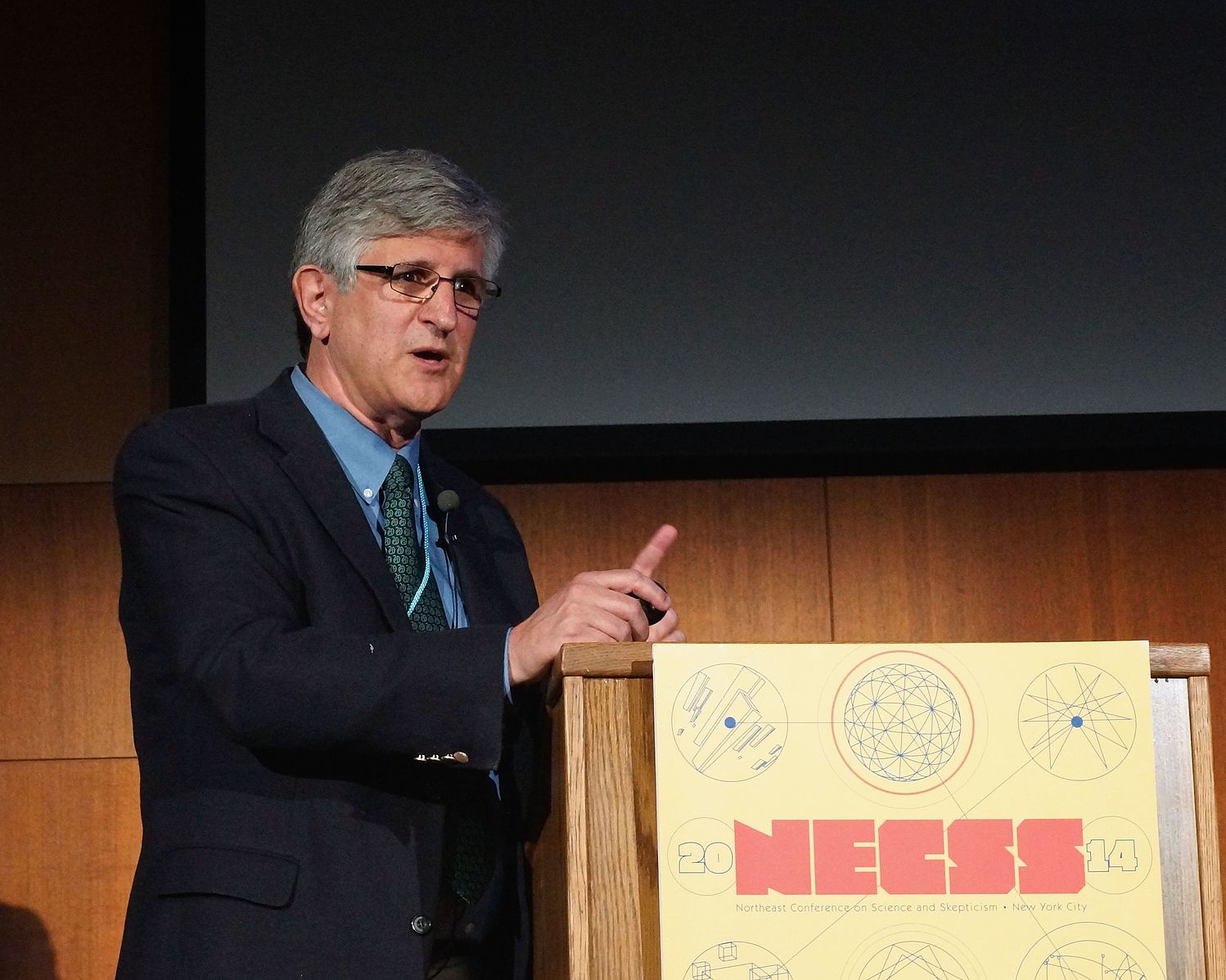 By BDEngler (Own work) [CC BY-SA 4.0 (http://creativecommons.org/licenses/by-sa/4.0)], via Wikimedia Commons

Gerbic: I’ve heard that vaccinations have done their job so well that people have forgotten how horrible that time was before we had them. Now they seem to think that we have eliminated all the bad diseases and we don’t have to bother anymore. In my home town of Salinas, California, our hospital has an actual iron lung machine in our medical museum. It has long been my goal to find a way to produce a short film or a public service video with that as the focus. Something along the lines of what Richard Saunders did with his video “The Vaccination Chronicles.” Is our ignorance of history a contributor to the problems we face with vaccine rates?

Offit: Yes. Not only have we eliminated many of these diseases; we’ve eliminated the memory of those diseases. When Jenny McCarthy says, regarding avoiding autism, that “I’ll take the frickin’ measles every time,” it tells you that she has no idea how bad the disease is. Every year before the measles vaccine was first introduced in 1963, about 50,000 people, mostly previously healthy children, would be hospitalized with the disease and 500 would die. Sadly, I think it is going to take some of these diseases coming back to some extent in order for us to realize their importance. Vaccines have been a victim of their own success.

Gerbic: Obviously, we all can’t be experts on virology and vaccines. I recently listened to a lecture by Debra Berliner at SkeptiCal who suggested that we should be more public about getting vaccinations, like when we wear the little “I voted” stickers. It should be the default position and we go about our lives with that attitude. When Mark Zuckerberg and his wife took their baby in for its shots, he posted a photo that went viral. Besides being vaccinated ourselves and sharing this attitude, is there more us as average people can do?

Offit: Or, maybe people who aren’t vaccinated should wear a large scarlet letter “A,” like Hester Prynne, so you can know whom to avoid in the grocery store. The truth is that we don’t like to tell other people how to raise their children. So when we see parents leaving their children vulnerable to these diseases, we think, “Well, that’s their choice.” But that choice is also a choice for your child. No vaccine is 100 percent effective. So even if your child is vaccinated, you aren’t assured absolute protection. And if you’re surrounded by people who aren’t vaccinating, both their children and your children are at risk. We should start getting angrier about this.

Gerbic: What are your thoughts concerning possible regulations of alt med? If an institution requires supplements to meet more stringent manufacturing requirements, will the result be that they become too expensive? Possibly discouraging their use?

Offit: If the dietary supplement industry were regulated—which is to say held to a standard of safety and efficacy—it would disappear.

Gerbic: Are there other countries doing a better job with their regulatory system?

Gerbic: These questions are so academic for this interview; I feel like I need to lighten up the mood a bit. CSICon attendees will be interested in the answer to this question. Kirk or Picard?

Offit: I am sorry to say that I was never a fan of Star Trek. As a child of the 1950s and 1960s, my choices were Superman, Batman, Aquaman, and Iron Man. I would choose Superman because Krypton made him vulnerable, like the rest of us.

Gerbic: You are going to be speaking at CSICon this year; can you give us a hint of what you will be talking about?

Offit: I’ll be talking about our never-ending quest for pain relief without addiction. And how we keep making the same mistake over and over again.

Gerbic: Thank you so much for your time answering these questions; I’m really looking forward to hearing you speak at the upcoming CSICon.