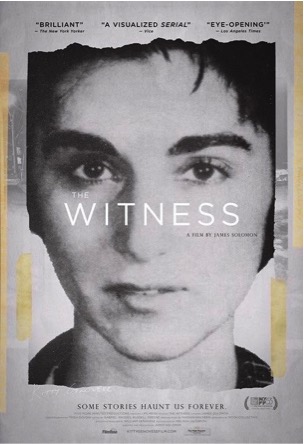 I recently had the opportunity to see The Witness, a remarkable documentary that reveals new information about the famous case of Catherine “Kitty” Genovese, a young woman who was murdered on March 16, 1964, in Kew Gardens, Queens, New York. After being covered by the New York Times, the Kitty Genovese case became a troubling symbol of bystander apathy in the United States. According to the Times report, thirty-seven people witnessed Genovese being stabbed to death in three separate attacks over a period of thirty minutes, and none of them called the police or attempted to intervene. A thirty-eighth witness called the police after Kitty was already dead. A. M. Rosenthal, the Times metropolitan editor, heard about the case over lunch with the New York City police commissioner and assigned Martin Gansberg (1964) to write the now famous story (Rasenberger 2004). Rosenthal later wrote a book about the incident, Thirty-Eight Witnesses: The Kitty Genovese Case.

The murder sparked outrage in readers and helped validate the popular idea that New York City was a cold and heartless place, but the story also had positive effects. The Kitty Genovese case led to the development of the 911 emergency call system and inspired a long line of research led by psychologists Bibb Latané and John Darley (1970) into what circumstances lead bystanders to help someone in need. They discovered that, the more people available to help, the less likely any individual person would help—a phenomenon they called the “bystander effect.” If you are the only one around when an elderly person stumbles and falls, the responsibility to help is yours alone, but, with more people present, your obligation is less clear. Latané and Darley called this the “diffusion of responsibility.” 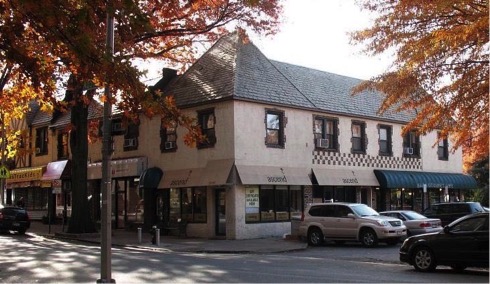 The Austin Street, Kew Gardens, Queens, New York, building where Kitty Genovese died as it appears today. The first attack occurred in the front of the building at the left side of this picture. After the first attack, Kitty made her way to the rear of the building where she was attacked again in a stairwell near the entrance to her apartment. (Photo from http://kewgardenshistory.com/ss-lefferts/lefferts-1100-NL.html.) 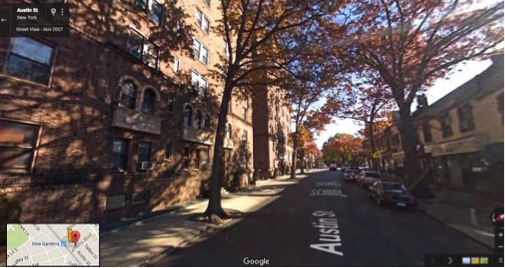 A More Accurate Account of the Kitty Genovese Murder

Although the Genovese story led to several positive outcomes, the standard presentation was not entirely true, and gradually various writers and researchers began to correct the record. At the trial of Winston Mosley, Genovese’s killer, witnesses testified that there had been two separate attacks—not three—and that few people had a view of the attacks. A nearby bar was open at the time, and several people assumed Genovese’s screams were part of a barroom fight or a lovers’ quarrel. The fatal last attack occurred at the bottom of an interior stairwell of Genovese’s apartment building where few people could see. Contrary to the Times report, a witness to the first attack shouted, “Leave that girl alone!” scaring Moseley off temporarily (Rasenberger 2004), and Kitty was still alive when the police arrived at the scene (Manning et al. 2007).

Director James Solomon’s documentary, The Witness, adds several new details to the story, though much remains unknown. The film follows Kitty’s younger brother, Bill Genovese, in his effort to learn what happened to his sister more than forty years after her death. Bill is a remarkably determined detective, and he was able to interview some of the surviving witnesses. The movie supports the contention that many witnesses could potentially have heard Kitty’s screams but not see the attacks. Some witnesses appear to have made deliberate choices to “not get involved,” but not all. Some claim to have called the police during the attack. In a dramatic sequence of the film, Bill Genovese interviews Sophie Farrar, who knew Kitty and said that she was alerted to the second attack by a phone call from a neighbor. Sophie immediately called the police and ran to Kitty, whom she found in a pool of blood at the bottom of the stairwell. She was cradling Kitty in her arms when the police arrived, an account that is corroborated by the prosecuting attorney in the case against Winston Moseley (Takooshian et al. 2005, 76).

It is clear that the original story was sensationalized by the New York Times, and although decades later the Times corrected their original reports, by then the story had gathered enough momentum to become legend. In a 2007 article in the American Psychologist, researchers Rachel Manning, Mark Levine, and Alan Collins called the Kitty Genovese case a modern parable:

We suggest that, almost from its inception, the story of the 38 witnesses became a kind of modern parable—the antonym of the parable of the good Samaritan. Whereas the good Samaritan parable venerates the individual who helps while others walk by, the story of the 38 witnesses in psychology tells of the malign influence of others to overwhelm the will of the individual. (Manning et al. 2007, 555)

Manning, Levine, and Collins acknowledged that authors of psychology textbooks simplify things and sometimes engage in deliberate myth-making as a way of presenting the material to undergraduates in a more coherent and appealing form. Psychology texts tend to be filled with descriptions of experiments—highlighting the process of discovery, as much as the discoveries themselves—and parables, such as the Kitty Genovese case, are useful real-life illustrations of these research findings. But Manning, Levine, and Collins argue that this particular bad Samaritan parable has drawn attention to the inactivity of crowds and away from the opposite phenomenon. Under the right conditions, groups of people can become agitated and, in some cases, moved to overreaction and violence. Manning et al. suggest that the standard presentation of the Kitty Genovese story—and the bystander intervention research that followed it—inhibited the study of how crowds engage in collective action. The parable may also have overshadowed instances of individual heroic action in the presence of a crowd. 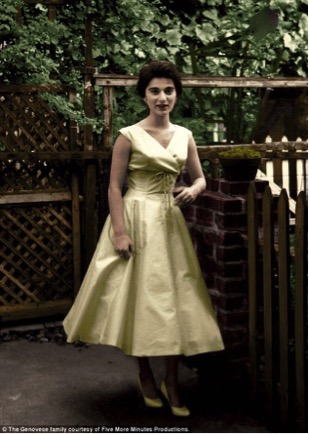 Press photo for The Witness.

As this case suggests, the challenge for the textbook author—or for anyone who writes about psychology for the general audience—is to try to make the material compelling without engaging in fabrication or gross oversimplification. In the case of Kitty Genovese, the original embellishments were made by the New York Times, but much of the information that might have been used to create a truer account was available as early as Moseley’s trial in June of the same year. In The Witness, Bill Genovese interviews Mike Wallace of 60 Minutes and New York broadcaster Bill Pressman, both of whom might have been in a position to correct the original account, but each said that in that era no one challenged the New York Times. Genovese also interviewed A. M. Rosenthal, who stood by his version of the story.

Researchers eventually did correct the story, but for several decades the original sensationalized version persisted. If there is a positive aspect of this episode, it might be that today news reporting is more competitive, and the New York Times is no longer unassailable. Today news stories develop quickly and outlets compete to be the first to uncover each new development. Furthermore, Times now has its own Public Editor, whose job it is to write independent assessments of the paper’s coverage.

Unfortunately, there is also a downside to the modern diversification of the media. For many media sources—and their consumers—the truth doesn’t matter. We live in a post-factual world where, for many people, climate change isn’t happening and the Earth is only six thousand years old.

Meanwhile, research in bystander intervention has continued for all these many decades. Here are of some of the most interesting recent findings:

It is clear that the helping behavior of bystanders continues to command the interest of many researchers, and there is much left to be understood. In addition, bystander intervention programs are now being widely promoted to prevent sexual assault on college campuses and to combat terrorism (e.g., “See Something, Say Something”). It is less clear what practical benefits have come from the focus on Kitty Genovese and the parable of the bad Samaritan. The original sensationalized story captured people’s attention and motivated research. The jury is still out on whether the research this case inspired has told us what we really need to know about the helpful intervention of people and groups.

The Witness is still making the rounds. It will be shown in San Francisco on July 29, Ottawa, Canada, on July 30, and Nevada City, California, on August 14. See the film’s website for other screenings.

Are You Afraid of the Thirteenth Floor? Superstition and Real Estate, Part 2

COVID-19 and the Tyranny of Now