‘The Las Vegas Timewarp’
An unexplained distortion of time and space—or catalogue of simple errors and a misunderstanding of how science works?

Over the past week several news reports appeared regarding a “time-warp” allegedly discovered by paranormal investigator Joshua P. Warren on the outskirts of Las Vegas. Are we really looking at what Warren had dubbed the “Vegas Interstate Time Anomaly” or could there be a more rational explanation? 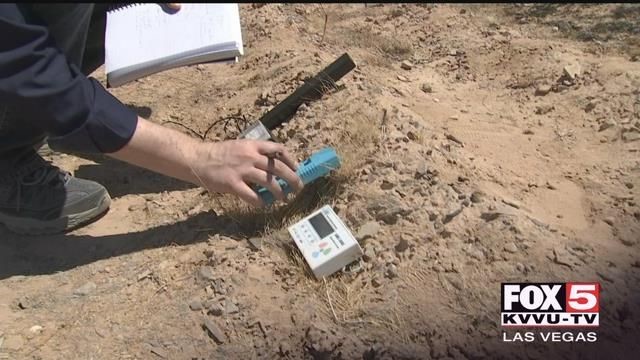 In examining the story first reported by Las Vegas Fox affiliate, Fox5 KVVU-TV (1), a fairly basic error that Warren has made accounts for his reading and a much deeper fundamental misunderstanding of how science is done, and what represents a significant finding.

Warren’s tale has now been picked up and reported quite widely across news media. Most of the articles and reports use the same format and repeat the same information. As such it’s useful to repeat the story exactly as it is being shared: “LAS VEGAS (FOX5) -A paranormal researcher said he’s the first person to ever discover a time warp, and that he found it on the outskirts of Las Vegas. Joshua Warren has been measuring the rate of time all over Southern Nevada, and he said, last week he found that time had slowed down.” The report continues “He said he measured multiple places between Las Vegas and Area 51, but the only place he got a reading was in the desert just north of the city between I-15 and Route 93.” “The weird thing, the real holy grail here, was what we picked up with this brand-new piece of technology,” Warren said on Fox5 KVVU-TV.

Above is the piece of equipment that Warren is referring to in the article, the DT or Differential Time meter, which retails for $219 on eBay. The listing proudly proclaims that it will help owners detect UFOs in their vicinity (the promotional material cheekily suggests that for optimal results customers should buy two and place them at right angles). The meter sends a signal from one end of the system to the other and then back again. It measures the time it takes for the signal to complete its journey and then compares the expected time it takes for the signal to complete its journey to the actual time. If there is a difference between the expected time and the received time, the monitor displays it.

“That signal is always supposed to travel at the same rate of time at any particular place. The only way that could change is if a black hole approached earth or something like that, which is never supposed to happen,” Warren said. “At this spot, on June 18 of 2018, I actually measured for the first and only time, time itself slowing down for 20 microseconds.”

The claim that the equipment would only display a variation in signal speed as the result of a black hole approaching Earth is taken directly from the website selling the DT meter. But Warren doesn’t go into the other factors the website states can also cause a discrepancy. The kind of uncertainty that Warren is describing would more refer to a laser interferometer of the kind made famous by the Michaelson-Morley experiment and currently employed at LIGO (the Laser Interferometer Gravitational-Wave Observatory). 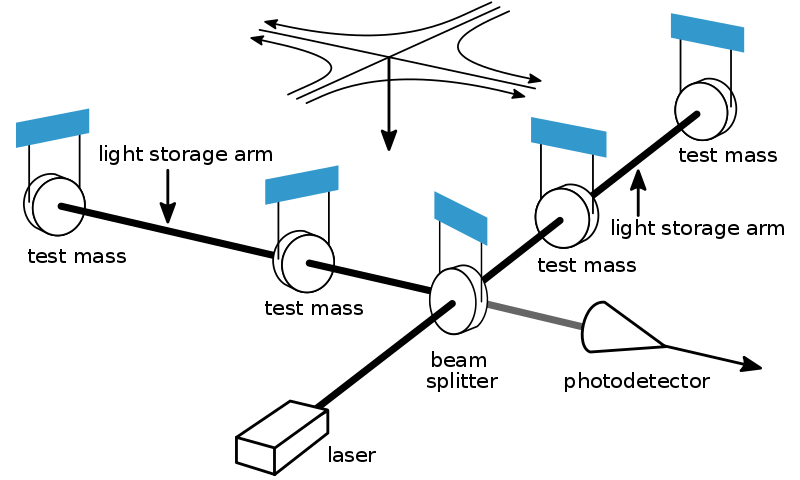 Figure 2: A schematic of the laser Interferometer employed at LIGO

A laser interferometer can be sensitive enough to detect changes in space-time down to many parts per billion because of the invariance of the speed of light in a vacuum and the act that the lasers are directed through tunnels in which extremely precise conditions are maintained (3). These are not the kind of precise conditions that can be maintained in a cable draped across a desert floor.

“Warren said that should not happen, according to the laws of physics,” he said on Fox5 KVVU-TV. This claim interests me particularly, as it simply isn’t true. In fact, Warren himself refers to events in space-time that can affect time. The reason an approaching black hole would affect time is a result of a phenomenon known as time dilation. It’s an established facet of general relativity that proximity to gravitational sources can cause time to “run slow.” This means that time would be slower at the bottom of a tall tower rather than the top. As the cable is only 100 meters long (and it seems Warren placed it horizontally) this wouldn’t be a factor in this case.

What is most interesting here though is Warren is, in my opinion, focusing on the wrong aspect of his experiment. The device he is using doesn’t actually measure time; it measures how long it takes for an electromagnetic signal to travel from one end of the system to the other. It’s really measuring speed of the signal and cross-referencing it against the distance travelled.

In the case of this device, the signal is travelling through a cable. It’s pretty safe to assume that the speed of the signal doesn’t change too much under normal conditions, probably remaining about 2c/3 (two-thirds the speed of light). But the conditions in which Warren has employed the DT meter seem far from normal. Even if the signal speed was invariant it doesn’t necessarily mean that if we see a variation between expected travel time and measured travel time of the signal, space-time itself has changed. 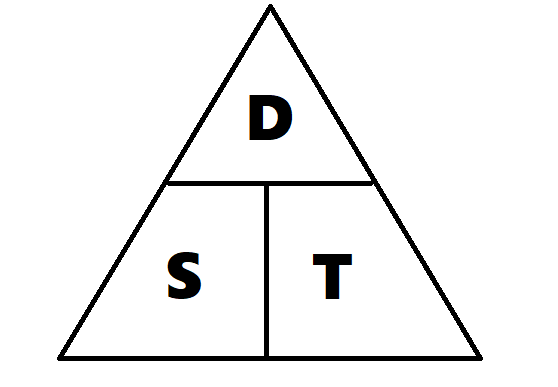 A quick recollection of the speed/distance/time triangle you were probably taught in your first year of high school science gives you an indication of the answer to this conundrum. What if it wasn’t the speed of the signal that altered, but the distance the signal had to travel?

In the case of the laser interferometer that indicates a change in the space in which the laser travels through, but in the case of the DT meter the signal isn’t travelling through space. It’s travelling through a cable. I think the abnormal reading that Warren received in the desert that day was very likely the result of thermal expansion of the cable carrying the signal. The signal is confined to the cable. If the cable expands the signal obviously must travel farther. A warping of space-time really isn’t needed. The effect of the hot Nevada desert on a cable, whether optical or electrical, will do just fine. The heat wouldn’t just expand the material in one direction but in three, meaning that any change would be cubed. That’s how even a small change in temperature could lead to a large error in the reading.

Below is an image of a typical reading from a DT meter reproduced from the device’s promotional material. You’ll notice from the display that the device doesn’t sit at a reading of 0.000000000. There is, as should be expected, a little bit of noise caused by an expected amount of interference that causes the clock not to be perfectly synchronized. Noise is defined as anything that alters the sensitivity of a piece of measuring equipment. In the case of this device it’s our experimental error (4). 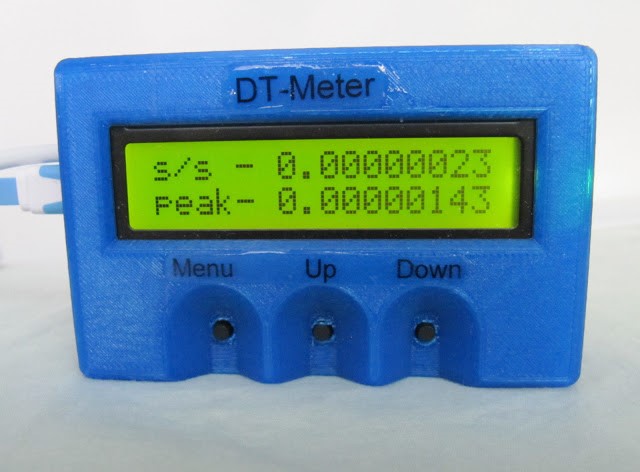 The creator of the DT meter, Ron Heath, states that the average noise should be +/- 4 or 5 milliseconds (2). Displayed on the meter screen as 0.000005 s/s. Warren recorded an abnormal reading of 20 milliseconds, way above the noise under normal conditions. That would appear on the meter as 0.00002 s/s.

It’s interesting he’d specifically mention temperature as a likely cause of noise. When we consider that Warren is using the device in a desert where temperatures often reach well over 100 degrees Fahrenheit, shouldn’t we expect the thermal contribution to the noise to be much greater?

Heath seems to be aware of this potential fault in the system. His website advises that the DT meter should be used away from direct sunlight and extreme heat. He also advises that the cable element should be buried. As was pointed out to me by Nick Stone, it would also seem from this recommendation that, aside from the effect of temperature and direct sunlight, the system isn’t designed to be carried around harsh terrain.

It probably hasn’t escaped your attention that this entire claim can be debunked by reading the instruction manual of the device that Warren used. Another thing that we must consider is that the difference in time that is displayed is an average of the differences measured over a period of five seconds. This is significant because if the system fails to send a signal or fails to register a received signal then this would presumably cause an extremely large difference in the average travel times. The anomaly Warren recorded could simply be a result of a system failure. Perhaps a momentary drop in power, or exposure to an unusually strong magnetic field.

How Science Deals with Uncertainty

These are things that Warren has failed to do. He’s registered one anomalous result and based his belief in a time-warp based on this. This is what investigator Kenny Biddle calls “anomaly hunting.” I’m not sure that the term has ever fit better than in this case. In fact, Warren even specifically tells us he was in the desert to “hunt for anomalies,” and it would seem he found one and immediately called the local news before he even attempted to confirm it or replicate it.

Sharon Hill of Doubtful News left a comment on the Fox5 news report that alludes to this point. It was also pointed out by Celestia Ward of the Squaring the Strange podcast to the news organization in question just how poor this finding is. Those were just two notable examples of many comments on the story trying to highlight to Warren that his results shouldn’t be singular in nature and should be reproducible by others. Warren could’ve responded to this criticism by releasing further results and showing his methodology.

He didn’t. Instead he responded by producing a seventeen-minute podcast (6) telling others how to “handle criticism.” On the show, he suggests his critics don’t understand science and refers to the anomalous measurements that led to the discovery of the Gulf Stream. The problem is, those measurements were reproduced. If reproduction had failed, the idea would have never been developed. 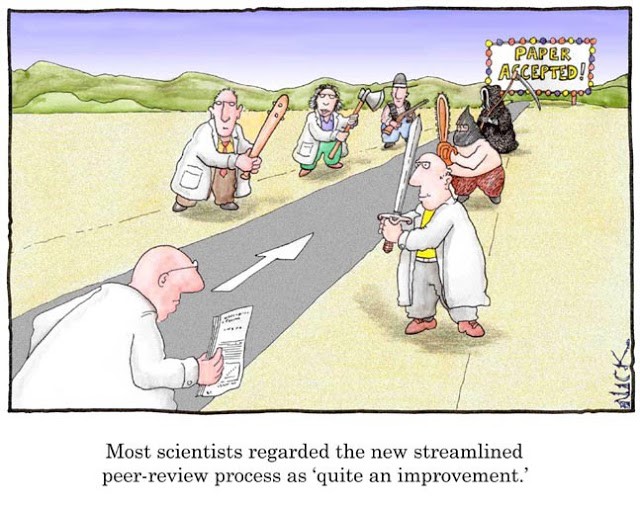 Warren needs to realize that if he wants his findings to be considered scientific he must follow the strictures of that discipline, and this means you publish your findings and you submit to peer review. If you’re found to have made a mistake, you should accept it and move on. Most importantly, you don’t present your work based on one single result, and you certainly shouldn’t contact the news before you’ve confirmed your result in some fashion. I reached out to Joshua P. Warren for more complete data from his investigations and the methodology he employed. He has yet to respond.

Rob Lea is a member of the Association of British Science Writers, studying physics, mathematics and contemporary science. As well as producing articles covering subjects as diverse as quantum physics, cosmology, medical science and the environment, Rob writes the Null Hypothesis blog, examining pseudoscience and poor science reporting in the news media.